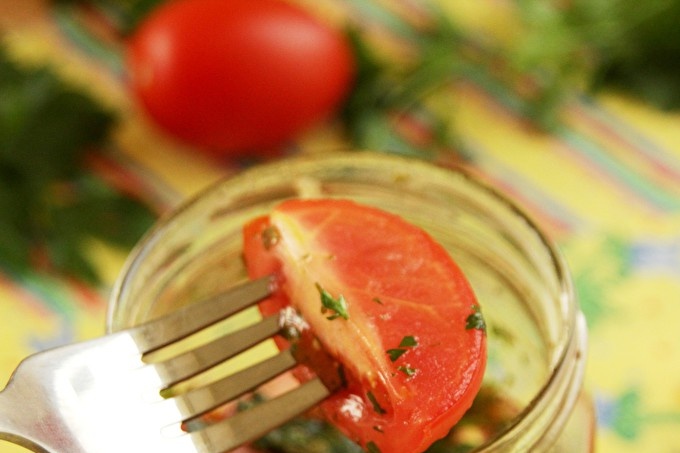 Tomatoes in Korean are often prepared as a simple tasty snack. But you can close them in the winter - you get excellent preservation. Moreover, her recipe is very simple and relatively fast, which is important for those hostesses who do not want to spend a lot of time on cooking, but love tasty and interesting dishes and preparations. We present a step-by-step photo recipe for making tomato with seasoning for Korean carrots.

Greens can be used not all, but choose from those listed to your liking, but this should not be only 1 type of greenery. Tomatoes for this recipe are selected small, red, but very dense, otherwise after sterilization they will turn into a mess. Instead of hot chili peppers, chilli peppers can be used (1/4 of a medium-sized pod).

How to cook tomatoes in Korean for the winter

Wash tomatoes with cold running water. Cut tomatoes into 2 or 4 parts. The main thing is that slices of tomato should be about the same, then they marinate evenly. It is best to use “cream” type tomatoes, cut them in half lengthwise - they are least likely to lose shape during sterilization. If necessary, carefully cut out the attachment points of the peduncles. 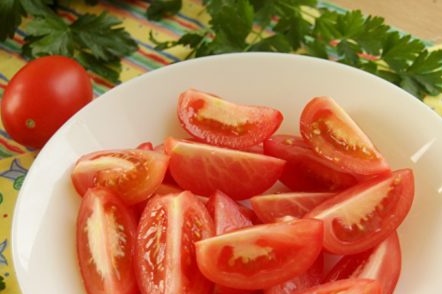 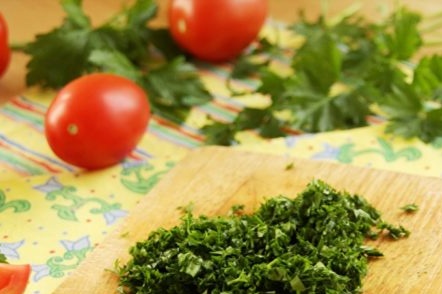 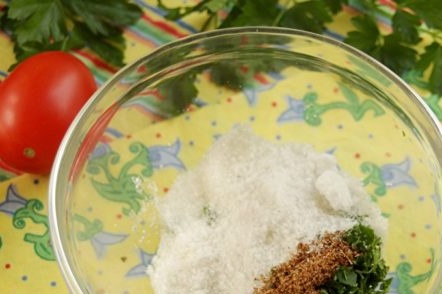 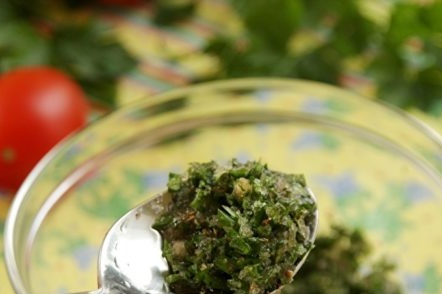 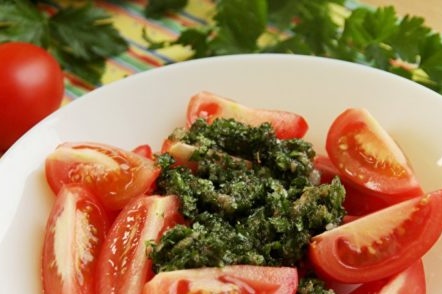 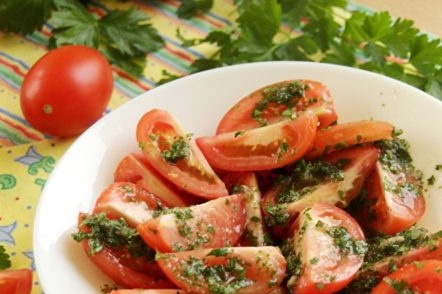 We put the tomatoes in jars, which have been sterilized. This is important - we don’t want our conservation to explode, right? 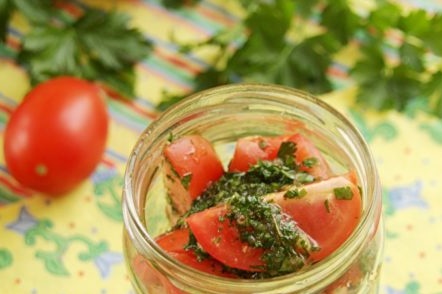 And now we send the banks with tomatoes to be sterilized - in a saucepan with water. banks do not close. And just cover the lids. Covers, by the way, should also be sterilized. As with the preparation of other preservation, a thin towel should be laid on the bottom of the pan or a special stand should be placed, and then a can is installed, otherwise the bank may burst from contact with the hot bottom. When the water in the pot begins to boil, we start the countdown: after 15 minutes, a jar of tomatoes in Korean can be pulled out and closed - screw the lid on or roll up. 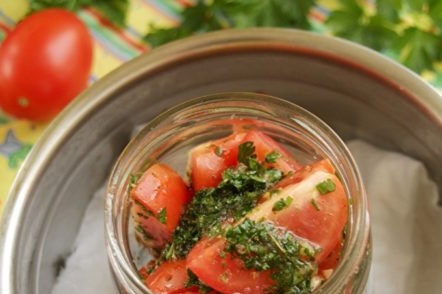 It is best to cool the preservation up the bottom. 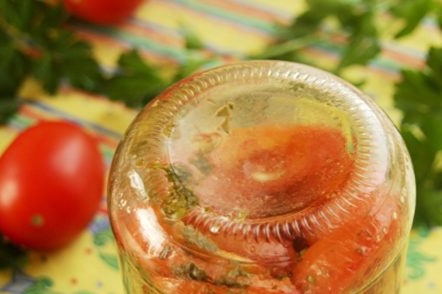 After sterilization, the tomatoes will settle a little, the jar will look incomplete. But it stands out a lot of juice, in which the tomatoes will marinate. Keep such conservation should be in a dark place, not necessarily in a cool, but not hot. 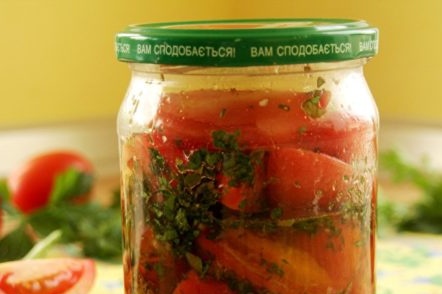 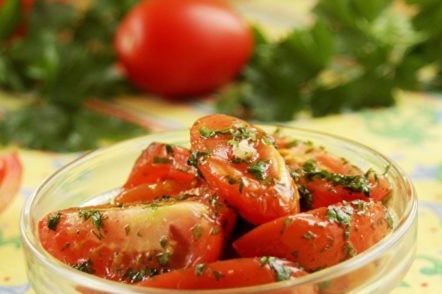 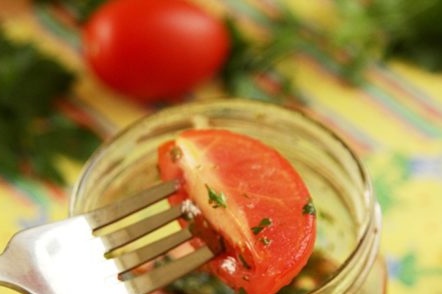 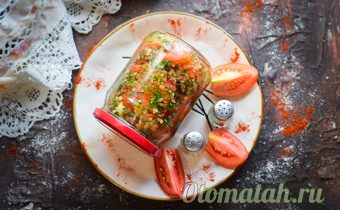 The most delicious Korean-style tomatoes for the winter

Tomatoes in Korean for the winter

Cucumbers with tomatoes for the winter - a delicious Korean snack

Salad of green tomatoes for the winter "Lick fingers"
Previous post
Greenhouses and greenhouses - what's the difference?
Next post
Hotbed Snowdrop do it yourself