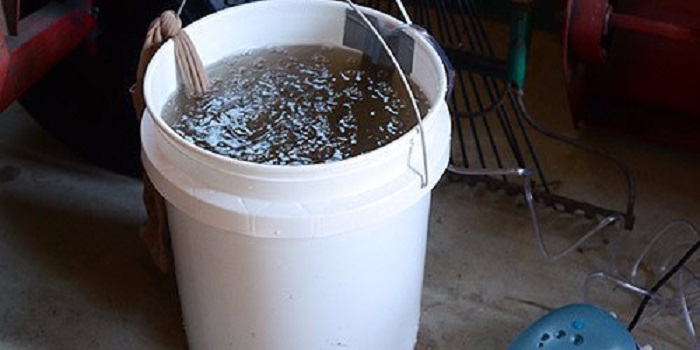 Aerated compost tea (ACC) is called an energy drink for vegetables, although its beneficial effect extends not only to plants, but also to the soil. Miraculous elixir is useful for increasing the yield of tomatoes, increasing the culture of immunity to infections.

What is aerated compost tea 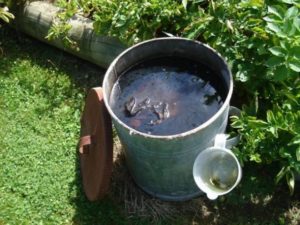 Compost tea prepared in the aeration process is a natural organic fertilizer that increases the productivity of the soil. Only on fertile, healthy soil with a well-developed microflora can you get great harvests. The main function of the ACC is to saturate the soil with anaerobic bacteria, thus creating optimal conditions for the development of new lots of beneficial microorganisms.

The mechanism of action of such tea is similar to the EM drugs that have gained good fame among gardeners (such as, Baikal-M), but unlike them, ACC has a long-term effect. EM-preparations are applied at certain intervals, as the plants need constant stimulation, and the microbial content in them is limited. In the case of compost tea, the composition is richer many times, in addition, new chains of interaction of bacteria, fungi and other protozoa are created in the microflora, contributing to the improvement and improvement of the soil.

The basis of natural fertilizer is compost, but it is well suited to overheated, mature weight. The best tea is obtained from old raw materials taken from a compost pit or a heap overgrown with weeds, weeds. In such “storages” whole systems of microorganisms are formed, but it is required to transfer them into a useful solution and increase the number.

The next component is water, preferably spring water and by no means chlorinated. Even the settled water for the preparation of the elixir is not suitable. Recommended well, river, taken from the pond, lake water, but not from the tap. 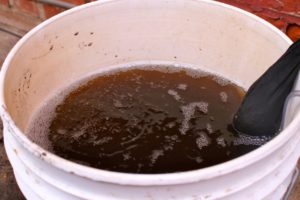 For aeration using a compressor. Aquarium devices are suitable, but if they plan to prepare a large amount of solution, they acquire a special kit.

The next component of tea is molasses, black molasses, 60% of carbohydrates. It turns out as a by-product in the production of sugar, it is often used in their dressings by fishermen. Molasses is a nutrient medium for microorganisms, it can be replaced with jam, malt extract.

To get tea you need not just a mixture of components, but a mandatory connection of aeration. Only in an oxygenated aquatic environment, aerobes useful and necessary for plants develop, and anaerobes go to sleep or die.

Ready infusion is used within 3-4 hours after preparation. On hot days, the solution is realized within 1-2 hours.

For irrigation of plants on one hundred square meters spend two liters of useful elixir. 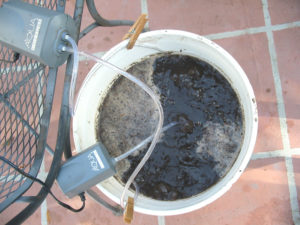 Prepare in advance all of the listed components, including a three-liter glass jar. Two liters of pure water are poured into the container, a tablespoon of molasses is added and mixed.

After that, they load the compressor, turn it on, and only after 2-3 minutes pour a glass of ripe compost.

About readiness will be recognized by the smell, reminiscent of the earth, with bread or leaven notes, but in no case will it rot. When the slightest signs of putrefactive processes appear, the infusion cannot be used. The reason - poor-quality components, violation of cooking technology. Such a smell signals the presence of anaerobic, putrefactive microorganisms in tea that violate the normal microflora of the soil.

The solution does not taste, it is also necessary to work very carefully with the composition, trying not to inhale the vapors.

Options for the use of aerated compost tea for tomatoes:

When using aerated compost tea, fruit ripening time is accelerated, tomatoes are removed more, and their taste is improved. Also ACC contributes to:

The biomass useful for the plants is actively forming in the ground, humins accumulate, which increase the fertility of the earth. The use of aerated tea on depleted and depleted soils is especially important. Proper use of organic fertilizer contributes to the improvement and improvement of the biological components of the soil, obtaining abundant crops and environmentally friendly tomatoes.