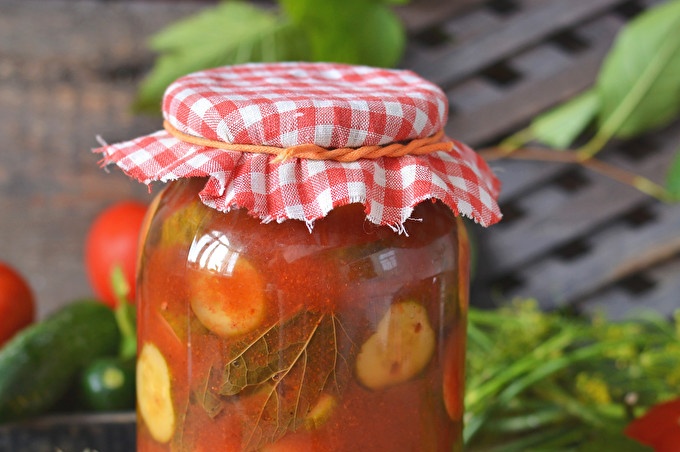 Cucumbers with chili ketchup for the winter in one-liter jars without sterilization - the most popular vegetable appetizer for both the holiday table and the daily menu. Cucumbers can be marinated whole or cut into slices, as in this recipe. Ketchup chili gives a sharp touch to the marinade, this snack is served on the table along with the marinade, which can be used as a sauce.

It takes 25 minutes to cook. Ingredients are indicated for a can with a capacity of one liter.

Cucumbers carefully wash with cold water, cut off the tips. Sliced ​​cucumber slices with a thickness of 6-7 millimeters. To accurately determine the number of vegetables you need to cut them directly into the jar. Shake the filled container to fill the voids.

When I poured the sliced ​​cucumbers into a bowl, it turned out 550 g - a liter jar filled to capacity. 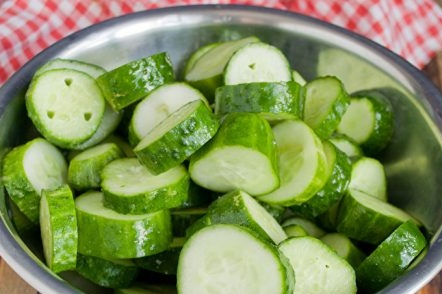 The jar is thoroughly washed with warm water and soda, rinsed with boiling water. Umbrella dill and currant leaves throw in boiling water for half a minute, then put on the bottom of scalded jars. 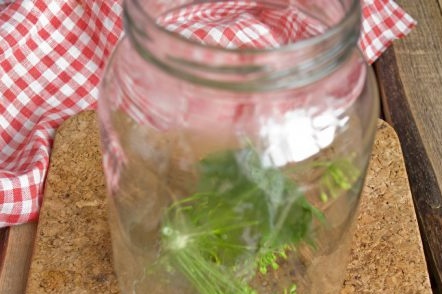 Garlic cloves clean from the husk, cut into 2-3 pieces. Fill the jar to the top, alternating garlic with cucumbers. 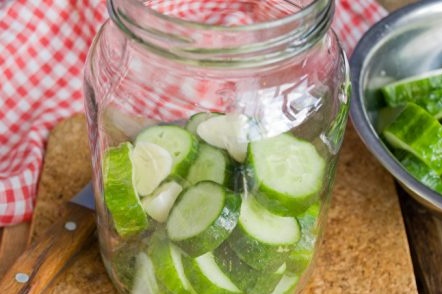 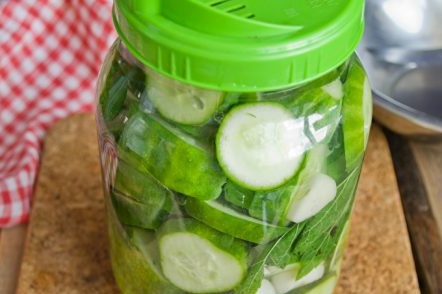 Pour water into a saucepan, add chili ketchup, put on the stove, bring to a moderate heat until boiling. 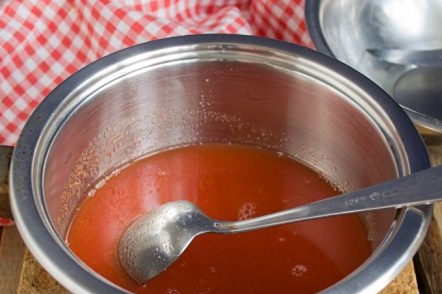 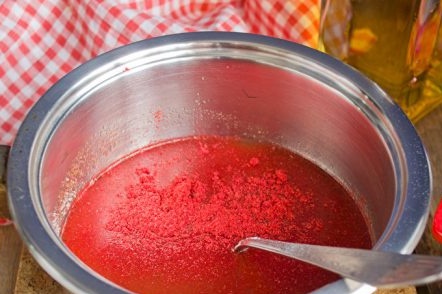 Drain water from cucumbers, pour boiling tomato fill to the top of the jar. 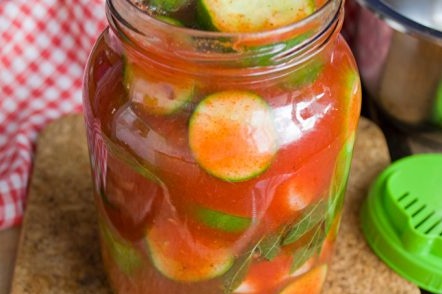 Tightly cork a jar of boiled lacquered lid. Turn the jar to the top of the bottom of the lid, cover with a thick, preferably a wool blanket. We leave under a blanket for 10-12 hours.

Cooled blanks stored in a cool and dry place at a temperature of +1 to +10 degrees. 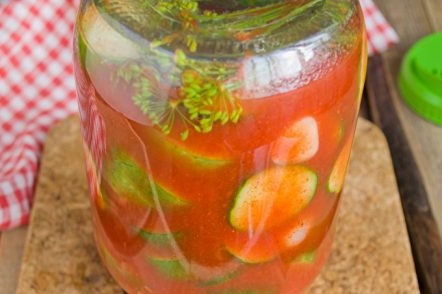 Very tasty lecho of tomatoes and peppers for the winter

Tomatoes from tomatoes, onions and peppers for the winter

Tomatoes, grated with garlic for the winter
Previous post
Thick and aromatic tomato paste for the winter
Next post
What helps trichopolum how to plant and how to spray tomatoes