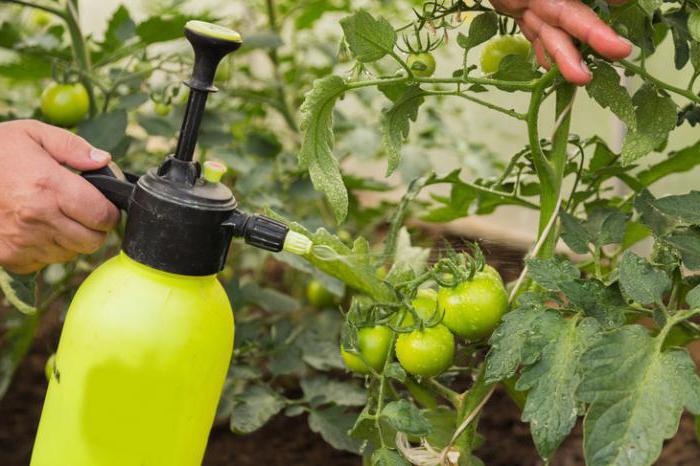 Tomatoes belong to the category of vegetable crops susceptible to infection with various infections. In the arsenal of those who grow them, there is always a means of fighting fungi and bacteria - these are industrial chemicals and prepared according to popular recipes.

Among them, trichopol is a medical drug used to combat garden pests and plant infections.

Chemical composition and effect of the drug 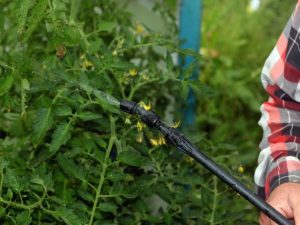 Trichopolum, metronidazole - the names of medicines with the active ingredient metronidazole, active against a large number of unicellular microorganisms that cause various diseases, and bacteria. In addition to the main (active) substance, the preparation contains gelatin, potato starch, starch syrup and magnesium stearate.

The use of Trichopolum in the fight against infections of garden plants is based on the action of metronidazole, leading to the death of the infectious agent.

Most diseases of tomato have a fungal and bacterial nature: powdery mildew, blight, fusarium, brown and angular spotting, Alternaria, anthracnose, white, dry, gray rot, therefore Trichopol is effective in the prevention and treatment of these infections.

Pros and cons of Trichopolum

As with any agent containing chemicals, the drug and its analogues have their pros and cons.

When the drug is used 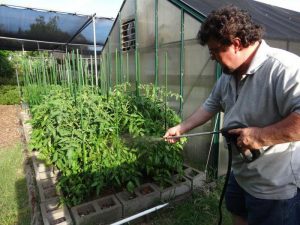 It is possible to apply means with the preventive and medical purpose. Treatment begins when signs of the disease appear, and prophylaxis is carried out in several stages:

Ways and rules of processing

The drug is used to prepare solutions based on it, so it can be used for spraying the whole plant and for watering the soil.

Use trichopolum is recommended no more than 1 time in 10 days.

In the fight against diseases of tomatoes, most often, they use more than one remedy, and alternate them. So in the case of Trichopol - it should be used along with other popular methods. This is also necessary so that resistance to the active substance does not arise, the effectiveness does not decrease.

To achieve the desired effect, the treatment is carried out, following the rules:

Variants of use of trikhopol 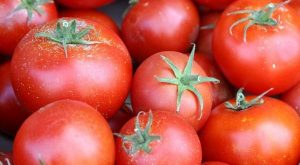 On the basis of trichopol (metronidazole) it is possible to prepare different versions of solutions, and to enhance its action and eliminate the addiction of the plant to the active substance, use additives.

The prepared solution is used only in fresh form, it is not recommended to store it.

Trichopolum does not apply to hazardous chemicals and its use does not require compliance with special safety measures.

The effectiveness of the active substance is maintained for 5 years - with longer storage it makes no sense to use it.

Trihopol began to apply about 2 years ago. Phytophthora tortured, I decided to try a new tool for me. In the first year he began to use it when the spots on the leaves appeared. The solution was made from 20 tablets, sprayed once a week. It was possible to stop the spread, but at the end of August it all started again. I had to harvest tomatoes to save the crop. In the second year I decided to try again, read about the use cases. For prevention, he sprayed seedlings at home and later, after transplantation, while adult bushes were treated in mid-July and early August. Phytophtora was not, but the weather was unsuitable for her. So, I think, it is possible to use trichopol from phytophtoras, but in the system.

In August, the phytophthora is common with us and I prepare for its appearance in advance - I spend prophylaxis with trihopol. At first I made a solution with only pills, and then I found a recipe where the dosage is lower, but you need to add milk. Now I use tablets 2 times less, but 1/3 of the volume of the solution is milk. Applied for spraying seedlings of tomatoes and cucumbers. 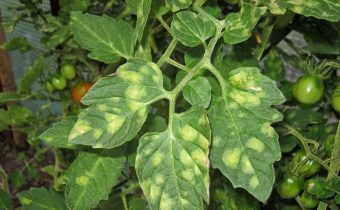 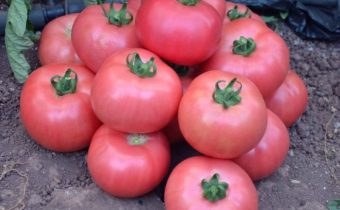 Natural and inexpensive remedy for aphids, slugs, caterpillars and ants
Previous post
The most delicious cucumbers with chili ketchup without sterilization
Next post
Sprout fly - a frequent visitor to the tomatoes, how to fight?