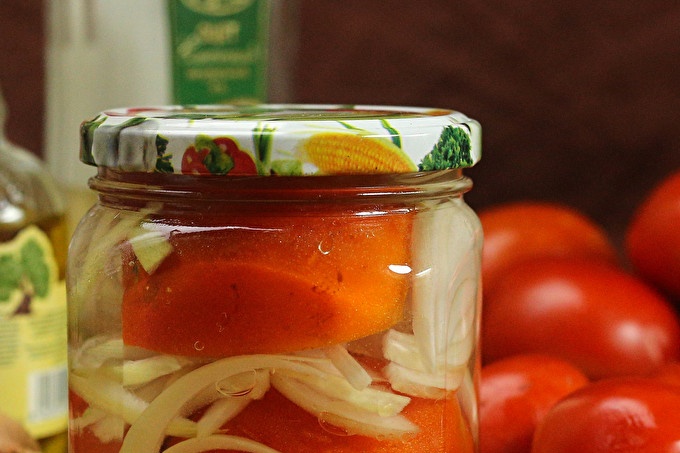 Prepare the tomatoes in halves with onions and butter for the winter in our step by step recipe with a photo. This is a very simple preparation for universal use. In fact, this is a ready salad - in the winter, open a jar, put the contents in a salad bowl, supplement with fresh greens and can be served. To any side dish, meat, and just as a snack, tomatoes are great! But they will help out in other cases. For example, as a soup dressing, basis for sauce, additives in borsch and other first courses. Tomatoes need to chop, and add onions as is - half rings or cut into smaller pieces.

Tomatoes for this preparation are suitable only dense, fleshy, choose varieties in which a lot of pulp and little juice. Juicy tomatoes with thin skin after cutting and sterilization will lose their shape and will fit except for the preparation of sauces and dressings.

Ingredients for tomatoes with onions:

Cooking tomatoes in halves with onions and butter

It is more convenient to preserve small tomatoes, ripe, without damage. Cut the tomatoes in half, cutting off the remnants of the stem. Onions cut not very thin feathers on the height of the bulb. 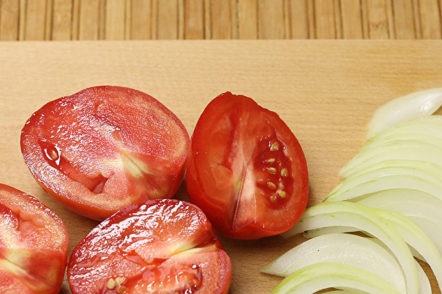 Purely washed, scalded with boiling water, can fill up to half with chopped tomatoes. Sprinkle with onion straws, throw two or three peas of allspice into each half-liter jar. In addition to pepper, you can add lavrushka or mustard seeds - orient yourself to your taste. We report from above tomatoes and onions, fill the jar tightly, to the top. 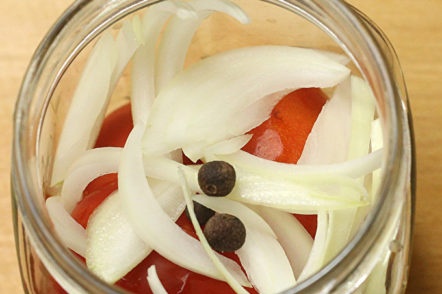 Cooking marinade fill. Pour salt and sugar into a dipper with boiled water. 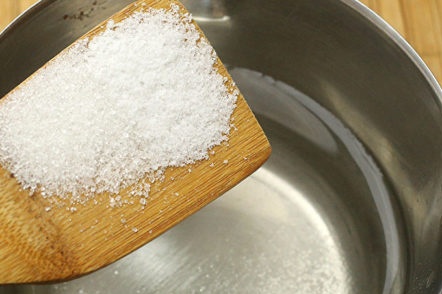 Pour oil, put on a strong fire. Boil for two minutes, then pour in the vinegar and remove the marinade from the fire. 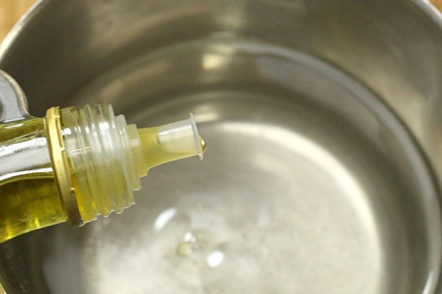 Pour marinade tomatoes to the top, so that both tomatoes and onions are covered. 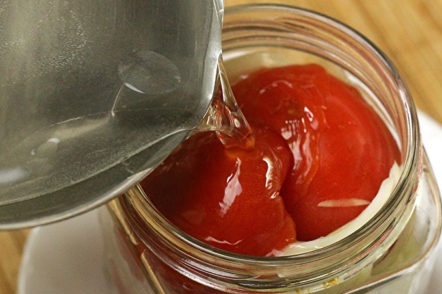 For sterilization, we take a wide saucepan, put a cloth napkin or towel on the bottom. We pour hot water so much that there is 4-5 cm left from the top of the jar. We do not screw the lid on, just put it on top so that no water splashes inside. Sterilize tomatoes 10 minutes from the beginning of the boil water. 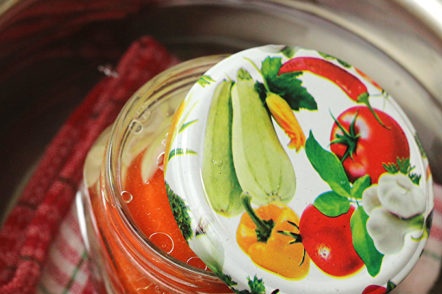 We take the jar, holding under the bottom. Screw cap, turn over. Leave to cool to room temperature. We take out the cooled jars with tomatoes in the pantry or we remove them in a cool basement. Successful to you preparations! 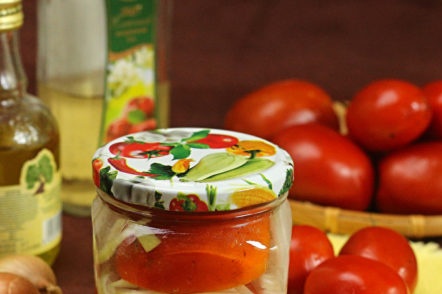 Loading...
Previous post
Very tasty tomatoes in their own juice without sterilization for the winter
Next post
When to remove tomatoes from the greenhouse, to quickly ripen at home