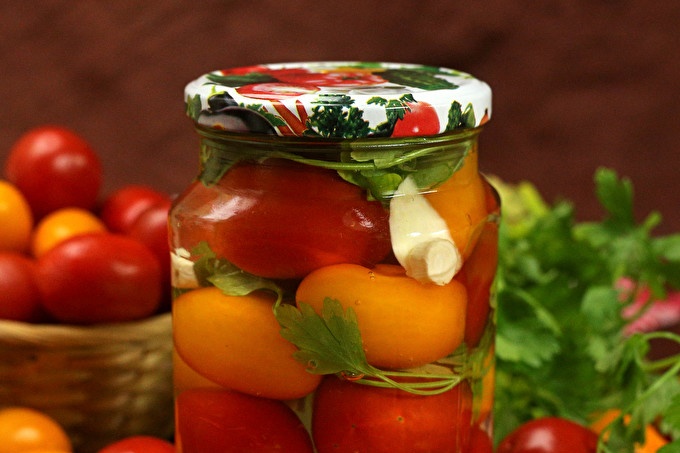 Marinade - a key component of the harvesting of tomatoes. It will depend on him the taste of ready-made tomatoes. And even if you have found a recipe that suits your taste, recording with it until the next season may be lost.

This recipe for tomatoes with parsley for the winter is notable for its simplicity - it is very easy to remember, and step-by-step photos will help prepare the marinade for the first time.

It also differs in the fact that in addition to traditional garlic, pepper and greens, we also add parsley root to the jars. Marinade will turn out to be saturated, with a pleasant aroma and slightly sharp - well, just fingers will be licked. Tomatoes choose medium-sized, if possible, yellow and red, with a dense skin.

From this number of components it turns out liter jar of the workpiece.

How to close for the winter tomatoes with parsley

For marinating in one-liter jars, long, small, small tomatoes of the “cream” variety are best suited: they have soft but firm skin and sweetish fleshy flesh. Soaking the marinade, they become very tasty! Selected fruits are washed, cut off the twigs. 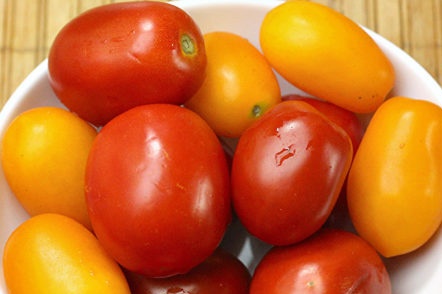 We throw parsley sprigs rolled up in a jar into a jar, add hot peppers, peppercorns, garlic, laurel leaf and parsley root cut into thin rounds. 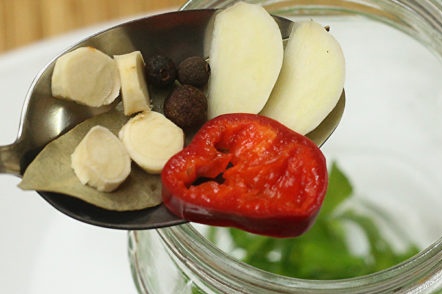 Putting tomatoes in half the jar. To leave less empty space, shake the jars. Sandwich tomatoes with parsley, you can add onion rings or carrot circles for flavor. 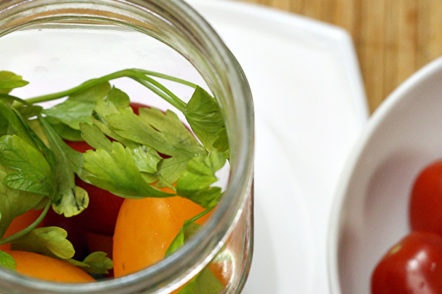 Alternating yellow and red tomatoes, fill the jars to the top. Hollows fill with greens or onions. Boil water, pour boiling water over cans. Cover with a lid and boil for ten minutes to warm up. 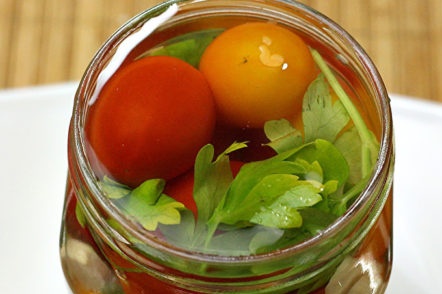 Then pour the water back into the dipper - it will come in handy as a basis for the marinade. Add salt and sugar. 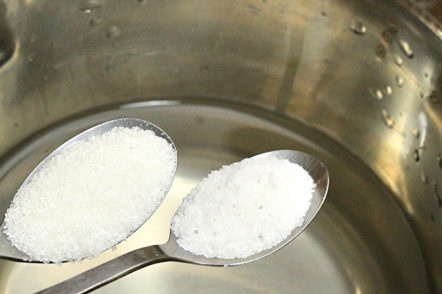 Pour vinegar. Marinade heated, but not to boil. Pour into the banks. 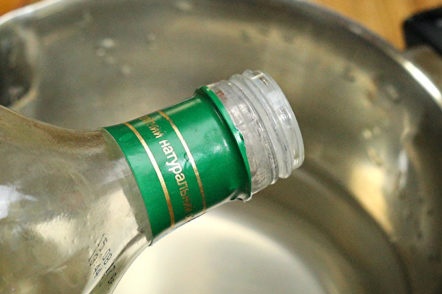 Pour hot water into the pot, put a towel. We place the jar, covered with a lid, so that no boiling water gets inside. Since the tomatoes have already warmed up, and the marinade is hot, it is not necessary to sterilize the cans for a long time. Liter enough 8-10 minutes, the time you need to detect from the moment of boiling water. 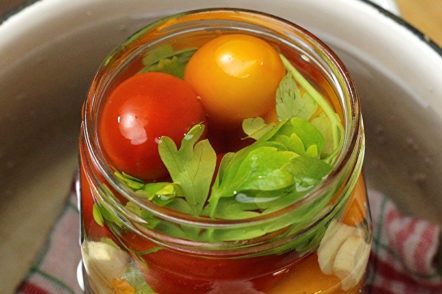 We take, holding under the bottom. Hermetically screwed or clogged banks seamer. Cover, leave to cool slowly, then remove to storage. Successful to you preparations! 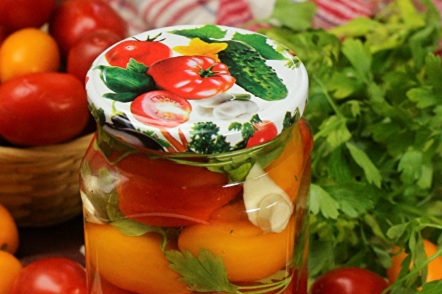 Awesome tomatoes in jelly marinade for the winter

The most delicious marinade for tomatoes per liter of water

Sweet tomatoes with garlic and parsley for the winter