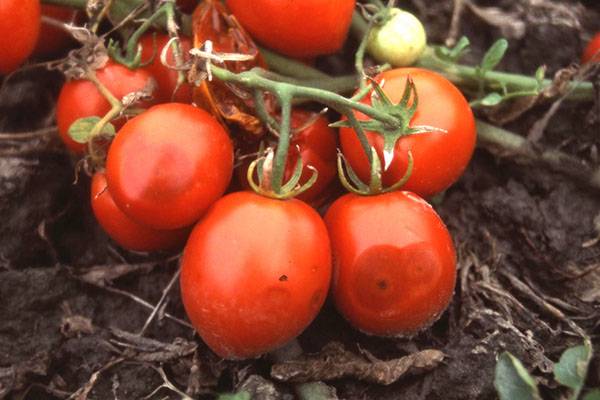 Many garden and horticultural crops are vulnerable to anthracnose, but most often the disease affects tomatoes. In most cases, the disease manifests itself by the end of the summer, during the period of fruiting, and may cause a large crop loss.

Manifestations of anthracnose in tomatoes 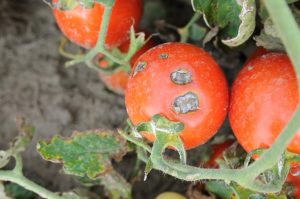 Tomatoes are characterized by the defeat of fruits, roots and root collar by an anthracnose, but the disease can appear on all parts of the plant.

If a sign of anthracnose appeared on the ripe fruits of tomatoes, it means that unripe vegetables on the bush are also infected. But subject to systemic planting treatments, the crop can still be saved. 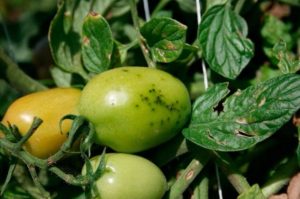 The disease causes the fungus Colletotrichum coccodes. The disease may not appear for a long time, even if the plants are already infected. The impetus to the active development of anthracnose is the weakening of tomatoes due to maintenance disorders, mechanical damage to the bushes, lack of nutrition, primarily deficiency of phosphorus and potassium, cultivation on acidic soils.

The most favorable conditions for the fungus are high air humidity (85-95%) and a temperature of about + 20 ... + 25 ° C. This makes tomatoes in the greenhouse particularly vulnerable to illness. The pathogen can get into the greenhouse along with the soil, manure, water, air during ventilation, insects. Tomato seeds can be infected with anthracnose.

The fungus overwinters in dormant form (sclerotia) in the soil or on plant residues.Many cultures - pepper, eggplants, potatoes, cucumbers, beans, strawberries, raspberries, gooseberries, currants, grapes, cherries, watermelons, and melons - are subject to anthracnose disease. Carriers of the fungus can be not only cultivated plants, but also weeds.

The first therapeutic effect, which should be subjected to diseased tomatoes, is to remove the affected parts from the plants. Bushes affected by anthracnose to a large extent should be excavated and sanitized under them. After this, it is necessary to treat both diseased and still healthy tomato bushes with antifungal agents at least 2-3 times.

The procedure for treating the soil should be carried out after harvesting (the entire plot in the greenhouse, regardless of the spread of the disease), and also disinfect the design of the shelter itself. To destroy the fungus in the soil, it is recommended to treat it with the preparation “Thiovit Jet”. It is necessary to dilute 100 g of the product in 3 liters of water and spray the solution with soil. This volume is enough for an area of ​​10m2. For disinfection greenhouses suitable bleach at the rate of 200 g of the substance in a bucket of water. 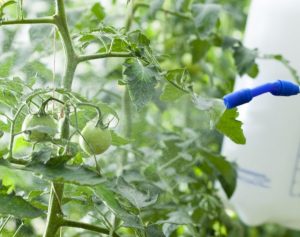 As in the case of other fungal diseases, the treatment of plants with fungicides is effective against anthracnose. Since the lesion on the fruits of tomatoes is detected only during the fruiting period, not all chemical agents are suitable for spraying.

During this period it is recommended to use drugs:

Treatment with preparations containing sulfur should be carried out strictly on a dry leaf. Apply no earlier than 2 weeks after spraying with oil-based products.

A single chemical treatment will not be enough, one of these means (or alternating them) should be processed tomatoes three times with an interval of 2 weeks.

Effective folk remedies for anthracnose tomatoes do not exist, but there is a safe alternative to chemical fungicides - biological products, they can be used at any phase of plant development. These funds will not be able to cure the affected bushes, but will prevent the spread of the disease by planting.

Against anthracnose use bacterial preparations: 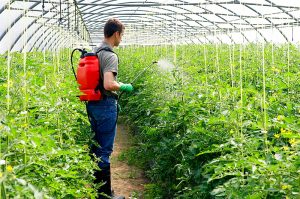 Processing at the beginning of the growing season

If the damage to the roots or the green part of the plants is found before the fruit formation phase, the list of fungicides that can be used is much wider.

The most effective anti-anthracnogenic drugs:

Preventive measures against anthracnose, as a rule, show good results. For the prevention of disease using agrotechnical techniques and seed and plant processing.

It is worth paying attention to the varieties of tomatoes that are resistant to anthracnose - "Onyx", "Shelf F1", "Polyus", "Longf F1", "Life F1".

The basic rules of agrotechnology in the greenhouse against anthracnose:

To prevent the occurrence of anthracnosis, preventive treatments are recommended:

Anthracnose is especially unpleasant because it often appears during the beginning of the harvest, when the gardener has his hands tied. Despite the unconditional harm of chemical agents, comparing the risks of such treatment at the beginning of the growing season and during the fruiting of tomatoes, it is necessary to recognize the appropriate preventive treatment in the early period of plant development. 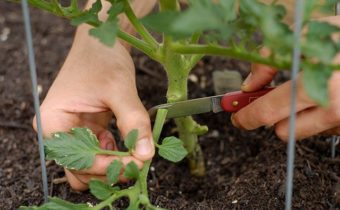 Do I need to cut the leaves of tomatoes? 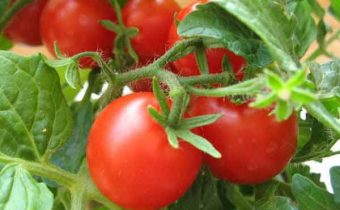 These diseases of tomatoes will help to defeat copper oxychloride. 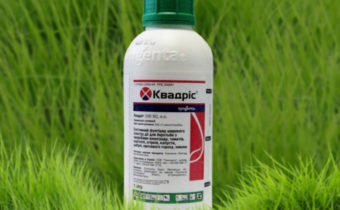 Kvadris fungicide for tomatoes
Previous post
What can be done so that there are no yellow spots on the leaves of tomatoes?
Next post
Awesome cabbage salad with tomatoes and peppers for the winter