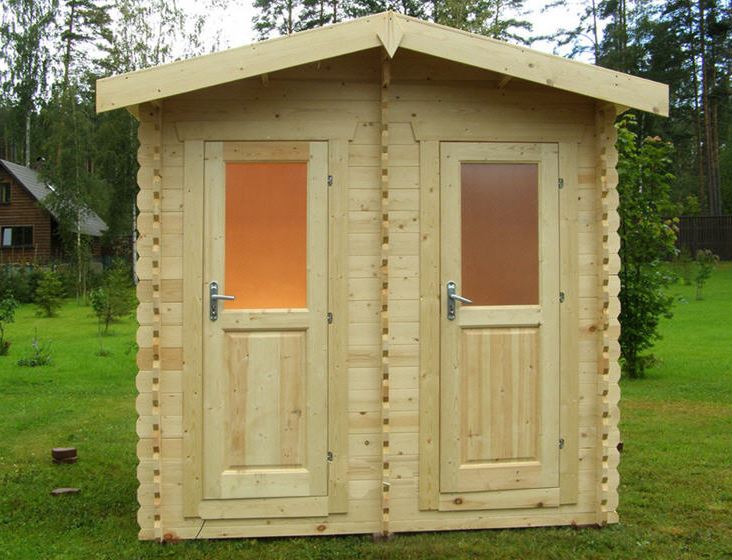 Toilet is one of the mandatory facilities at the dacha. Usually it has a not very attractive appearance and a shaky structure, but this does not mean that it cannot be made beautiful and comfortable for use. On the contrary, making a minimum of effort, you can not only get a functional structure, but also decorate the site.

Starting from Soviet times, standard structures were built at the dachas, resembling sheds, which did not differ in their special architectural design and beauty. 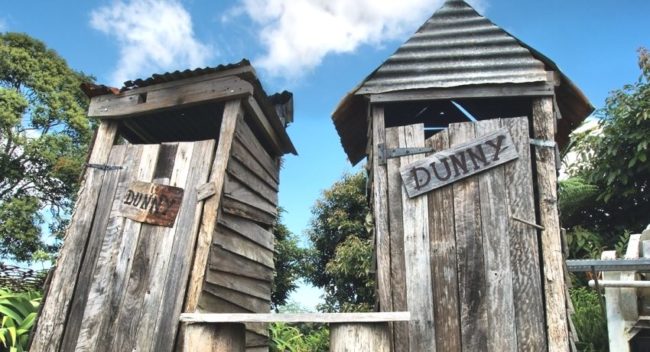 During construction, few people think that the authorities will be interested in the rules for the installation of a structure and even issue fines for violations of the rules. These rules include: 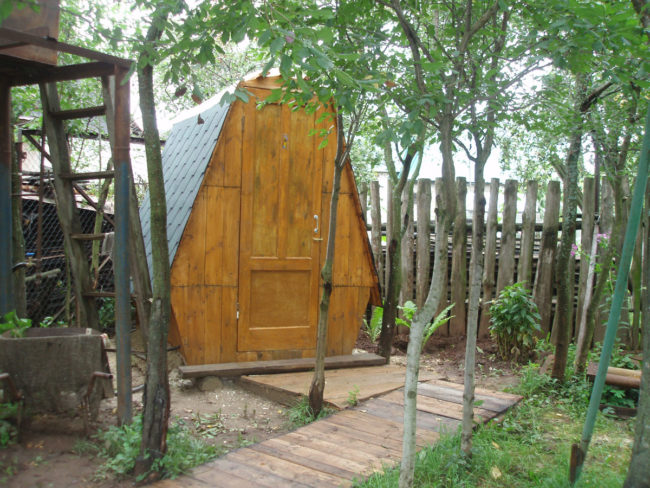 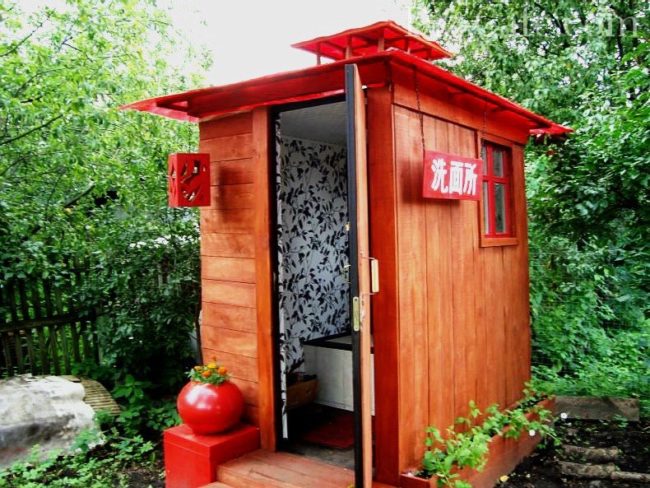 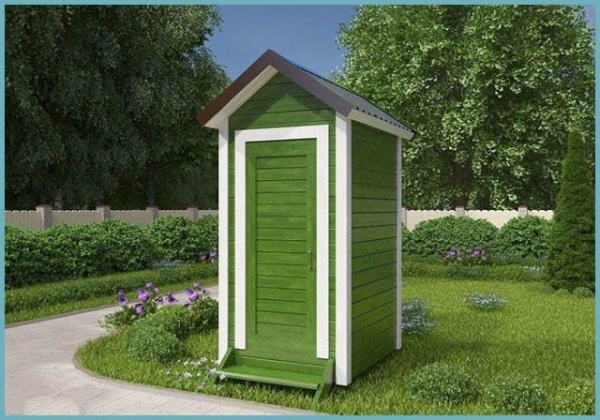 According to statistics, there are almost no modern toilets that fully comply with all laws. Nevertheless, the Code of Administrative Offenses contains Article 8.6 - on land damage.

For violation of this article, an administrative fine in the amount of three to five thousand rubles.

The most effective, but also the most expensive type of closets - this is a bio-toilet. Often such a facility is used in places where there are a lot of people: in street cafes, parks, etc., but the owners of the dacha plots also started to install such systems on their territory. 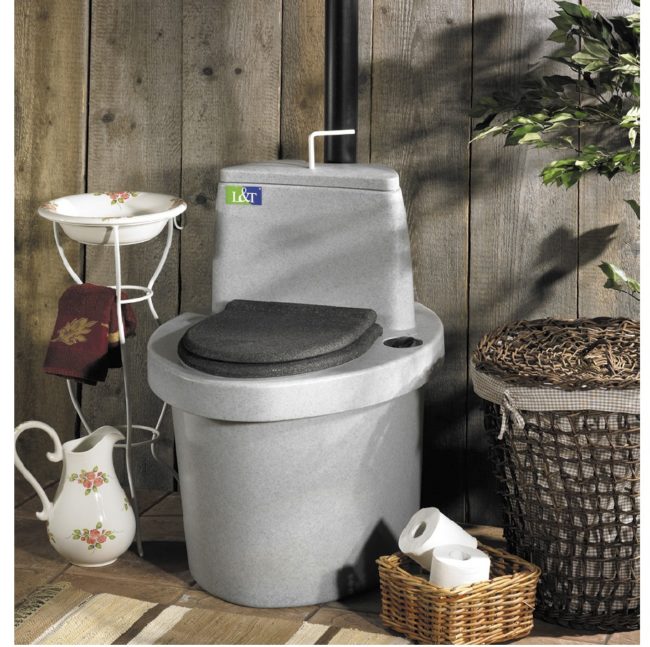 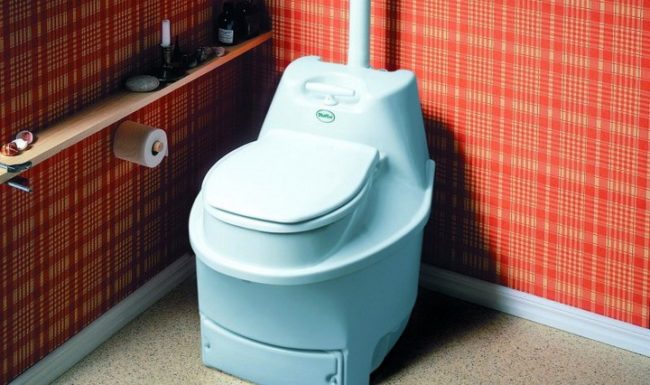 Now there are more compact toilets that are perfect for placement in the country. The principle of operation of the design is simple. It is enough to pump a chemical into a special container, which will help to clean up all sewage, but such containers require constant cleaning, so you have to spend a lot of money to maintain the toilet. 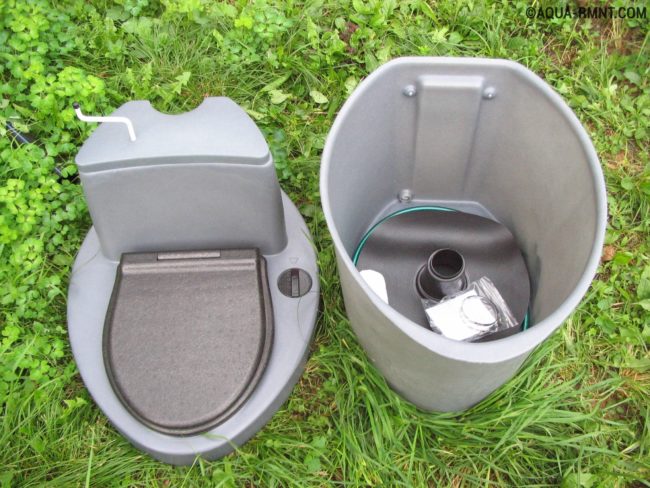 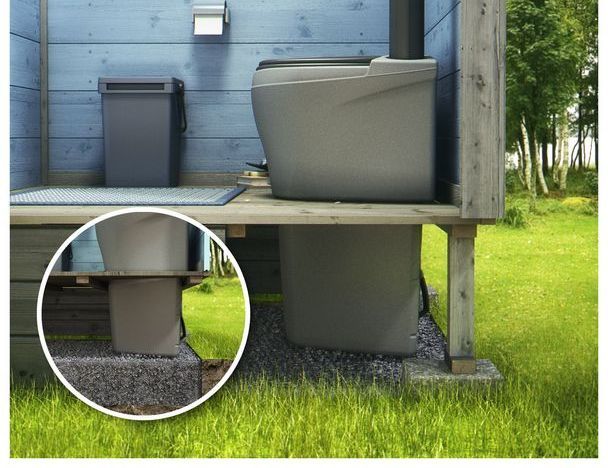 Another popular type, which is considered the easiest and fastest in terms of assembly. It can be installed anywhere, and most importantly, that under it you do not need to dig a cesspool. It is enough to take an ordinary bucket or any other deep tank, which, after filling, must be filled with a peat mass. 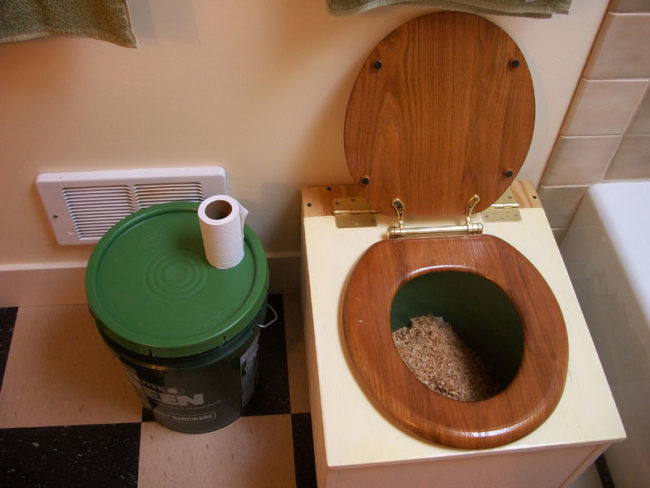 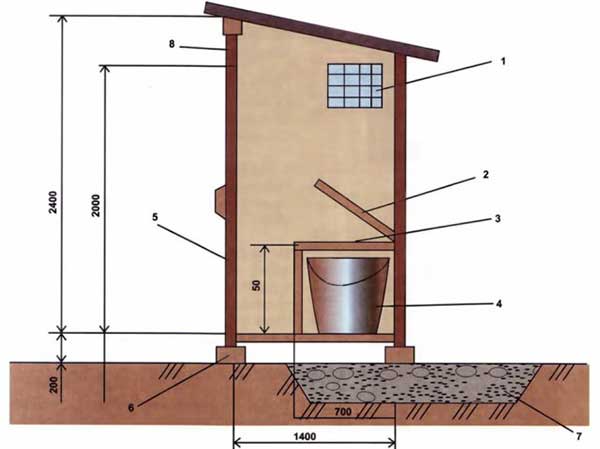 This option is ideal for people who can not dig a hole in the plots because of the groundwater level. The only thing to consider in the construction of powder-closet - the ventilation system. 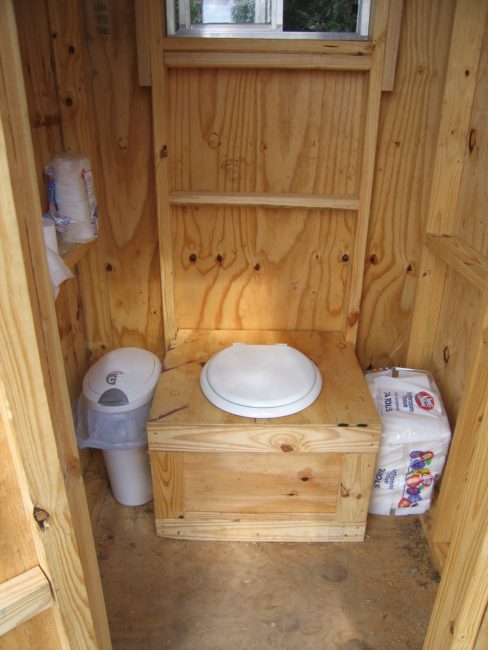 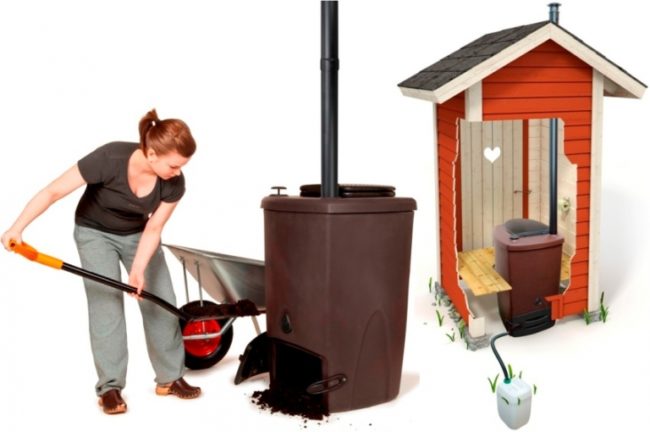 Versatile and practical toilet for giving - backlash-closet. It can be installed even if the sewage system is completely absent. This option is somewhat similar to a standard toilet with a cesspool, only a more advanced version. 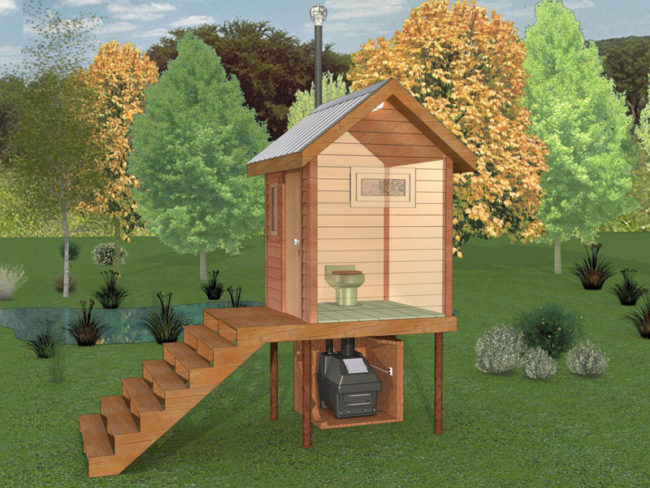 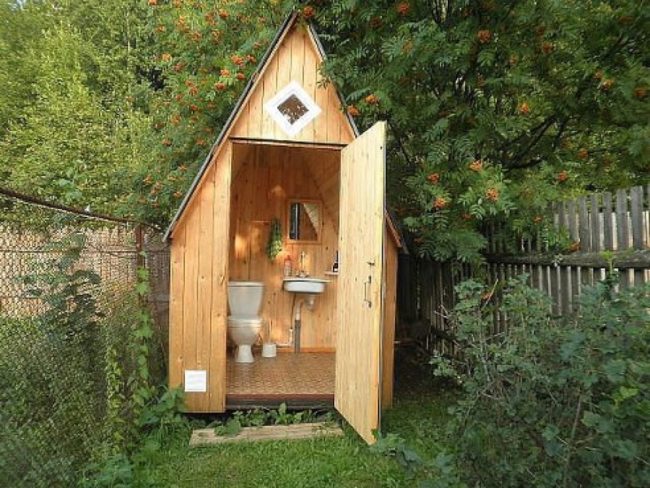 Backlash-closet requires the presence of a toilet bowl, under which is a hole or drive.The main advantage of such a toilet is that despite its standard appearance, all odors are isolated inside the tank. 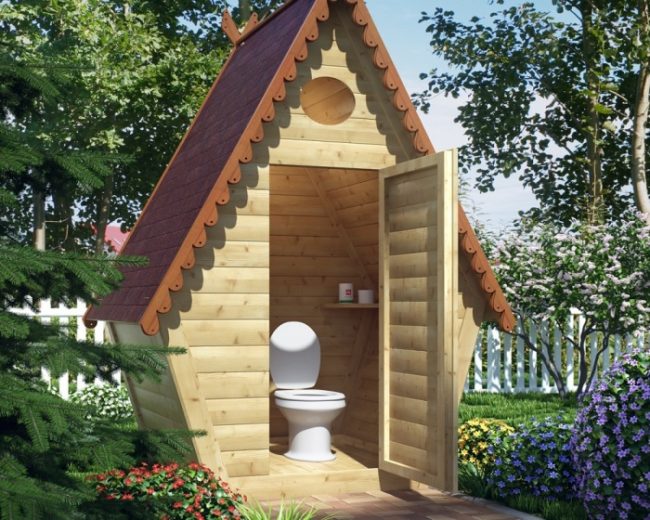 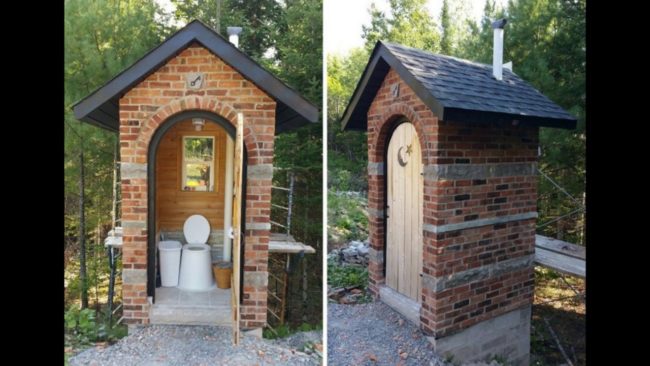 Classic suburban areas is a toilet with a cesspool. This is the most popular type of closet, which over the years people have tried to diversify with interesting decorative elements. 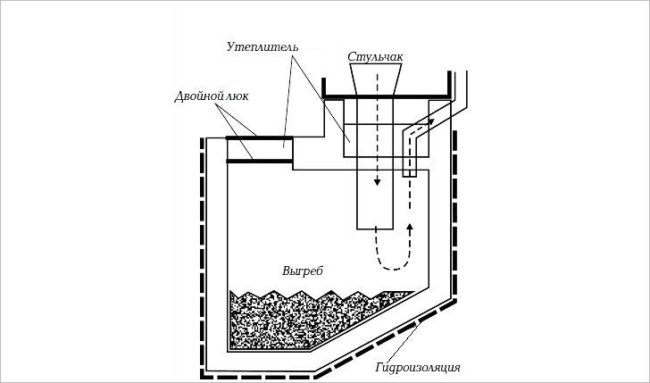 There are two types of such toilets: 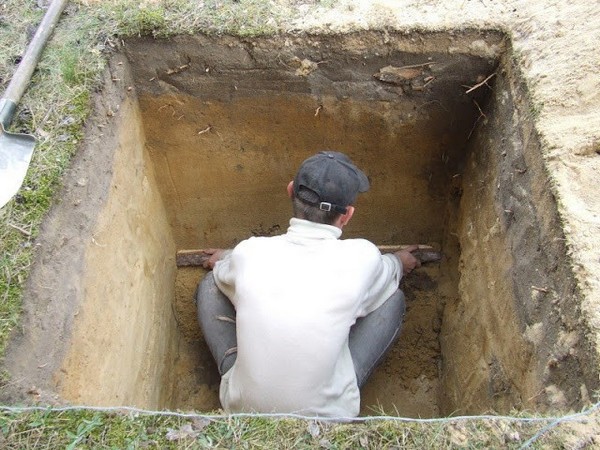 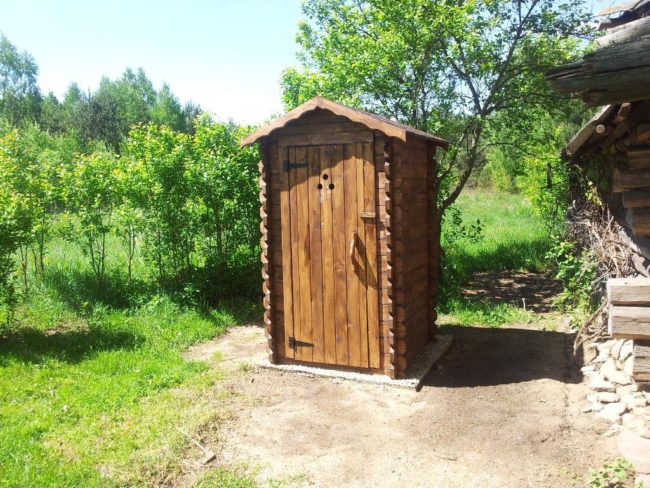 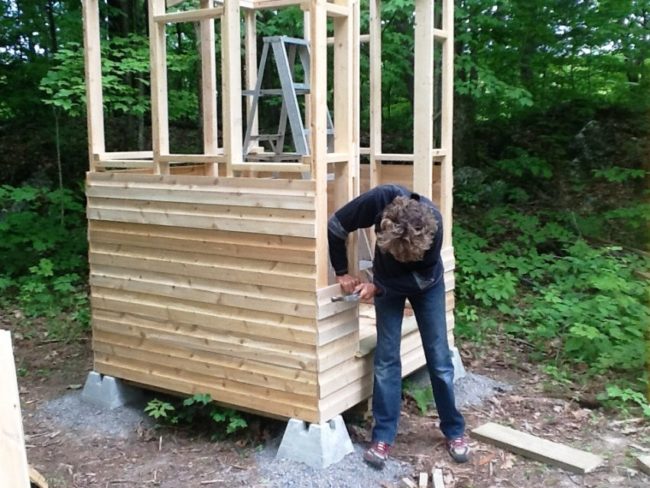 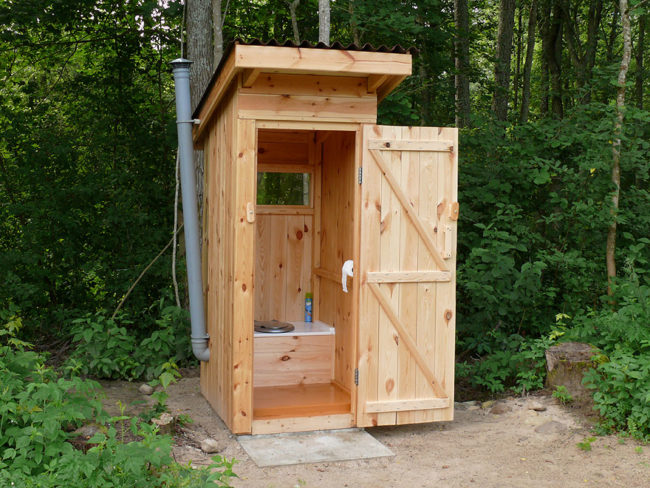 Cottage toilet is not just a structure where you can relieve the need, but an important place, without which you can not do in any place where people are. But when choosing a place to build it, you need to take into account all the nuances and rules.

Loading...
Previous post
Male and female strawberry bushes: the secret of a rich harvest
Next post
The second life of the old hose: the most successful ideas