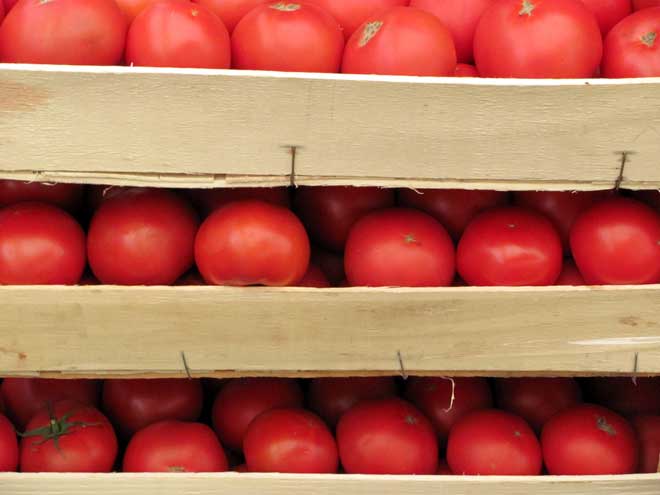 When the tomatoes are already collected from the bushes, the main task before the gardener is the safety of the fruit. Tomatoes can be stored at home, but you need to know some of the nuances that will preserve the taste and integrity of tomatoes a little longer.

With proper storage, tomatoes can lie for up to several months and do not deteriorate. 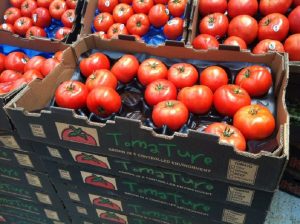 Compliance with the temperature and low humidity - those factors that directly affect the shelf life. The optimum temperature for ripe tomatoes is a range from plus 10 to 24 degrees. At higher temperatures, the fermentation process begins to develop in the tomato. As a result, the fetus begins to rot and is no longer suitable for consumption. At temperatures below plus 10 degrees, the flesh, on the contrary, freezes and becomes loose, the skin disappears.

Increased humidity in the room is detrimental to the fruits - they immediately begin to rot, mold forms on them. Even if only one tomato became infected with a fungus, the disease quickly spreads to healthy specimens. After a few days, the entire crop can be thrown out.

To store tomatoes use:

After washing, the banks dry well so that there are no traces of water on them.

On the storage of tomatoes in the refrigerator there are a lot of conflicting reviews. Some claim that the harvest is well stored there and does not deteriorate for a long time. Others say the vegetables are weathered and rotting quickly. In fact, tomatoes can be stored in the refrigerator, but you must follow the rules when storing: 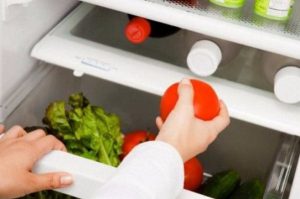 Ripe tomatoes, which have already reached the condition and the corresponding color, wipe with a dry towel and put in one, maximum two rows in a wooden box, basket. The larger the storage area, the better.If possible, cardboard or other thick material is laid between adjacent tomato fruits so that they do not touch each other.

Folded tomatoes clean in any cool dark place. This may be a basement, cellar, attic, storage room. Leave the box with a harvest of not more than a month.

Green tomatoes must be ripened before storage to the desired color. To do this, they are cleaned in a warm room. You can put the harvest in jars or baskets, and then put them in a room with a temperature of 22-26 degrees Celsius. Tomatoes ripen in 2-3 weeks, then they are removed for storage, as well as ripe fruits. To ripen more intensely, one red tomato is placed with green tomatoes.

If desired, the maturation period can be postponed for a couple of weeks. Green tomatoes clean stored in a cool place at a temperature of 12-17 degrees. Ripening under such conditions slows down noticeably; tomatoes remain intact and can last for at least a month.

If tomatoes began to deteriorate 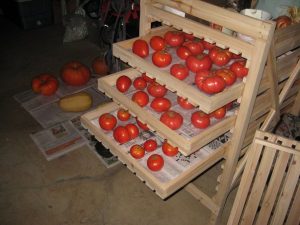 Even if the tomatoes have been stored in the right place, they can suddenly begin to rot. The reason for this are the already infected with viruses or fungus tomatoes. The disease can lurk inside the pulp, there are no signs of infection outside, but over time, the rot develops and manifests itself in the outside.

Infected tomatoes are immediately removed from the rest of the crop. If the lesion is small, then it can be cut off, and the tomato itself can be held in boiling water for a couple of minutes. The temperature will destroy the pathogen, so you can eat a tomato without fear. If most of the pulp and skin are already affected, then such a fruit is thrown out - it is not suitable for food, as it can cause serious poisoning.

Tomatoes can be stored not only in the usual whole, but also in a frozen state. When frozen, the shelf life is from one year, while maintaining the taste and benefits of plants. Tomato slices are suitable for freezing, they are placed in a plastic container and put into the freezer. Placed slices can be used to prepare various dishes. To taste they will not differ from fresh.

Tomatoes can be made harvesting - tomato juice. Twist the fruit on a blender and poured into plastic bottles, and then freeze them. When you need tomato juice, take out the bottle, defrost it a little and break off the right amount, and then put it back into the freezer for storage.

For better storage, you need to choose tomato varieties with a long shelf life. These are Crunch, Alyonushka, Pink honey, Orange ball. The shelf life of the varieties listed is in a mature form for at least a month under cool conditions.

Proper harvesting is very important to preserve it. Although tomatoes are considered a perishable product, it is still possible to preserve their taste and integrity of the fruits, it is enough to create comfortable conditions for them. 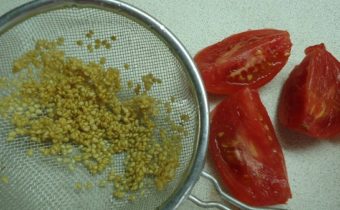 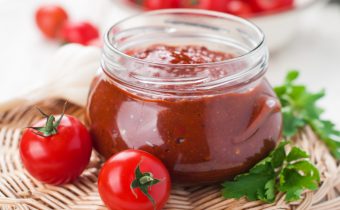 The best recipes for tomato paste for winter at home

The most delicious tomatoes in tomato juice for the winter