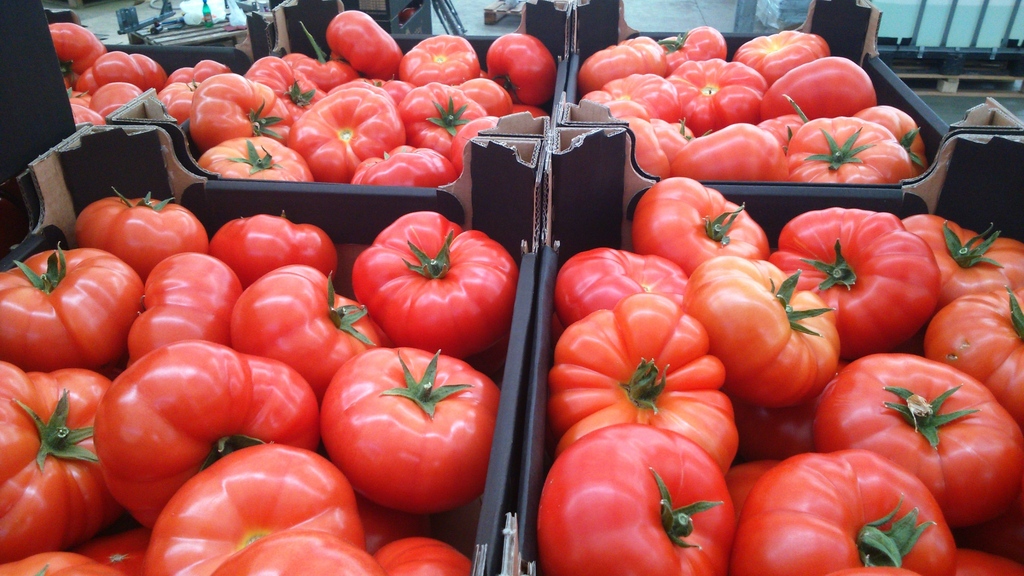 Lovers of tomatoes who have ever tried homemade tomatoes will surely say that store fruits do not have the same taste at all. And even unripe tomatoes grown in the country, much tastier than the bright red balls that lie on the shelves. Not delicacy of store tomatoes due to several reasons. 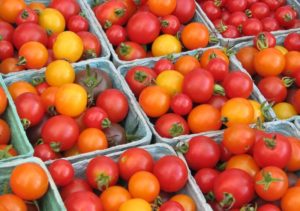 The key problem that arises when growing tomatoes is their full ripening. After all, at technical maturity, the flesh of the product becomes soft, the vegetables crack, losing their presentation. Inside the tomato processes occur, leading to complete disrepair of the product. Therefore, today, on the counters of shops and vegetable markets, there are “unripe” products derived by originators, whose taste and aroma are “sacrificed” to a beautiful sight.

According to the laws of nature, decomposition of cellulose occurs within tomatoes during ripening, which leads to the destruction of chemical compounds formed from galacturonic acid residues. Breeders are trying to bring the most lezhkoy hybrids, reducing the percentage of decomposition of cellulose, forcibly destroying the taste and tomato smell.

The quality of store products

Many buyers believe that the "cardboard" taste of tomatoes sold in stores, depends on the result of their gene modification. However, this is not always the case. To find tomatoes that have been artificially modified using genetic engineering techniques on vegetable shelves is difficult. Mostly sold vegetables are natural and specially bred by breeders. The genes-alleles interacting with each other, which are responsible for the production of aromatic substances and sucrose, are gradually being derived by originators from tomatoes for the sake of increased transportability. Such vegetables have good keeping quality, however, they are watery and tasteless.

Tomatoes sold in supermarkets, which are distinguished by the unusual coloring of fruits, are usually discarded by improved taste compared to red tomatoes, as they accumulate in themselves one third more dry matter and pectin. 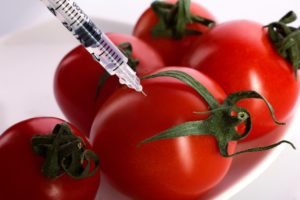 Taking advantage of the weak information literacy of customers who cannot distinguish products that are hazardous to health, dishonest large cartels change the gene structure of tomatoes, launching beautiful bright vegetables on the market.

You need to know that 60% of all products on the vegetable shelves of supermarkets still contain genetically modified organisms. In the markets, the situation is no different, because all distributors buy vegetables from the same specialized vegetable wholesalers. Tomatoes that contain a harmful gene are very beautiful in appearance, have an ideal configuration, a shiny peel. However, they are distinguished by unnatural "cardboard" taste.

The taste and aroma of tomatoes are also affected by watering, the addition of mineral additives and the level of nutrition. These factors are also spotters of the taste of the fruit. Too frequent mineral supplements and high soil moisture when grown make tomatoes tasteless and watery. After all, excessive watering leads to a decrease in the content of dry matter and sucrose in ripe tomatoes.The taste of "grass" or "cardboard" in tomatoes is also noted when the vegetable is cultivated in the soil, which is not saturated with potassium and phosphorus.

When there is an excess in the soil on which tomatoes are grown, nitrogen-containing substances, vegetables also acquire a “grassy-cardboard” taste. 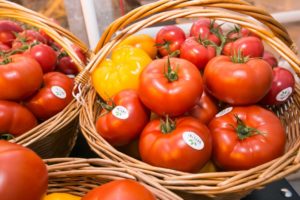 The taste characteristics of tomatoes are influenced by the physico-biochemical characteristics of the variety or hybrid. The taste of the fruit is determined by the concentration in the pulp of carbohydrates, fatty acids, carotenoids, polyphenols and amino acids. Each hybrid or variety is distinguished by an individual ratio of sucrose and acids. Varieties with a large volume of liquid and juicy pulp in the seed chambers are often acidic and watery.

The fruits of high-yielding hybrids most often end up with no pronounced taste. This is due to the fact that the nutrients - carbohydrates are distributed evenly throughout the tomatoes on the bush. The more fruits will be on the plant, the less nutrition will get to each. Sugar acid ratio of "cardboard" tomatoes is 3-6 units. 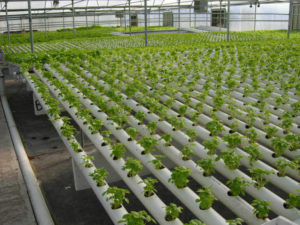 When growing tomatoes by the hydroponic method, the fruits are obtained by the "plastic" greenhouse flavor. The sugar-acid ratio of tomatoes grown without natural ultraviolet radiation differs to a lesser extent from those fruits that are cultivated in open ground. Grown in artificial media plants do not process, and accumulate in themselves nitrates. In addition, when the substrate in which the tomatoes grow, having an acidity of the medium above the level of 1: 1.6, the taste of the variety or hybrid becomes more watery.

In addition, the accelerated growth of plants grown by the hydroponic method affects the taste of the crop. Taste qualities of tomatoes will not be pronounced, sugar-acid coefficient is reduced, and vegetables will have a "cardboard" flavor. And many unscrupulous manufacturers add toxic chemicals to a hydroponic nutrient solution, which improve the appearance of products. Such a dishonest producer will not think that his tomatoes are as close as possible to the natural composition, but only about their own benefit. Therefore, the resulting products are abnormal and poisonous.

To produce tomatoes in hydroponics, which would be distinguished by improved taste, it is necessary to use only organic elements for the nutrient solution, and also to light the plants with special ultraviolet lamps.

The consequences of "bad" tomatoes with regular consumption will be:

How to choose good tomatoes

The ripe fruits of tomatoes can be bought in supermarkets, in vegetable markets and on hand. At the same time, buying vegetables “from hands” should be purchased only from familiar distributors, whose decency is not in doubt. 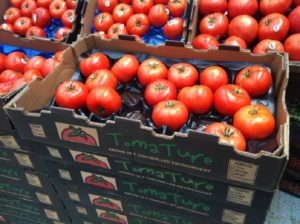 In supermarkets and small shops, all products are certified.However, no certificate will provide the purchase of tasty and high-quality tomatoes. When buying tomatoes, you need to see in what conditions the vegetables are stored, ask the seller where they were transported from. If something puts in doubt the quality of the fruit - it is best to refuse to purchase. When choosing a product should pay attention to their weight. Light tomatoes will have voids inside. Such fruits are distinguished by a large amount of juice, and not pulp. See also on:

Do not buy in stores immediately a large number of fruits. It should be purchased for a sample of two or three tomatoes. Cutting vegetables at home, evaluate their quality. Good tomatoes inside should be a smooth consistency without white veins. This manifestation indicates a large amount of mineral fertilizer applied by the manufacturer when growing the plant. The sour aroma coming from the cut fruit will indicate the beginning of the putrefactive processes of the fruit. And if green stains are visible under the peel - the vegetables were processed with chemicals. 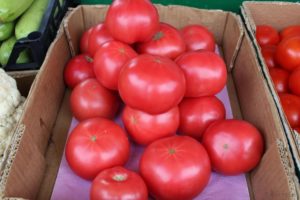 The first reason for the "cardboard-plastic" taste of tomatoes is still the self-interest of farmers who grow them. After all, taking care of the harvest, which can be profitably sold, they completely forget about the taste and aroma of the fruit. 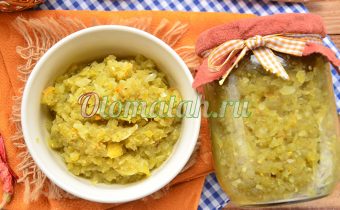 Awesome caviar from green tomatoes for the winter 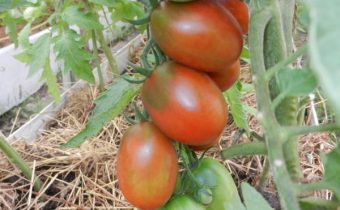