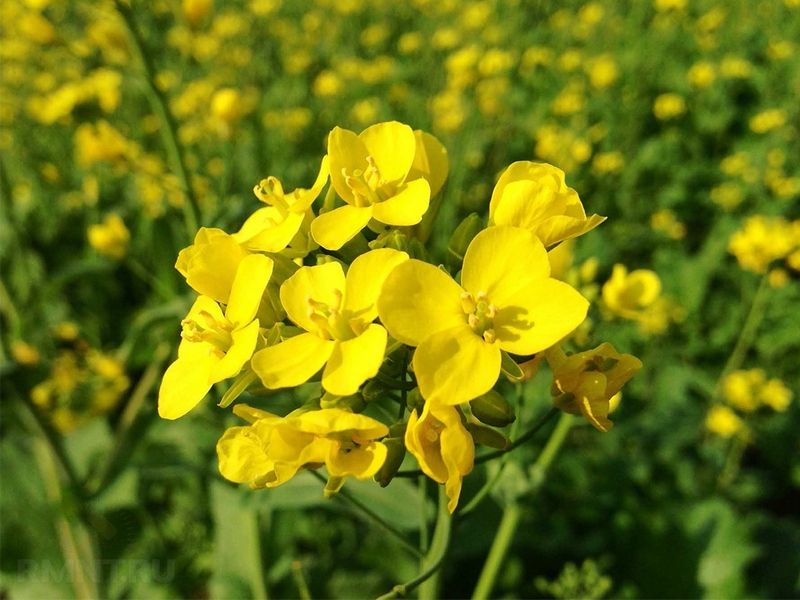 To harvest a good crop of tomatoes without the use of chemical minerals is possible by applying green manure fertilizers. All substances necessary for active growth will fall into the tissues of tomatoes when embedded in the soil of the grown culture.

In addition, after the greening process, the development of pathogens in the soil is suspended, and the pests leave the planted area. 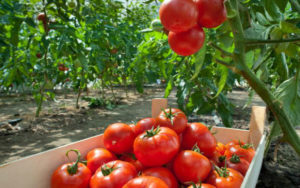 An alternative to chemical fertilizers has many advantages when used. 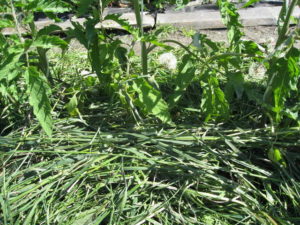 There are practically no downs when growing sideratov. The only significant disadvantage is that plants need to be buried in the ground before flowering so that the plant fertilizers do not scatter the seeds and do not turn into “weeds” themselves.Which will be difficult to get rid of.

Cruciferous green fertilizers before planting tomatoes most often sow mustard and oilseed radishes, which differ in the speed mowing. Within 30-50 days after sowing, the plants are ready for embedding in the soil. 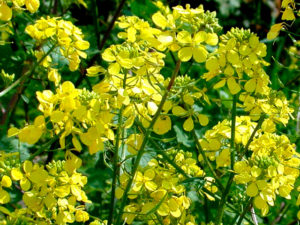 Annual crop, reaching a height of 55cm-65cm, increases the powerful vegetative mass. Its foliage is edible, and in some countries it is used to make salads.

Substances secreted by plants, neutralizing pathogenic spores and microorganisms. Sowing seeds and plowing the crop before planting tomatoes will reduce the number of pathogenic bacilli of the mosaic and phytophtora spores in the ground.

The powerful roots of this plant do well with any weed grass, removing it from the site. Has the ability to quickly grow the vegetative mass, blooming within 50 days after sowing. Siderat suppresses the germination of weed seeds, enriches the soil with harmless nitrogen and trace elements, inhibits the development of pathogens, increases the number of beneficial microorganisms and earthworms in the soil. 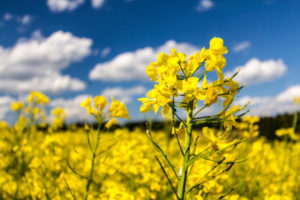 A plant with a very long root system, which pulls phosphorus, magnesium, sulfur from the deep layers of the soil and accumulates substances in itself. And further enriches the soil with elements, gives them to tomatoes in an easily digestible formula. Saturates the soil with oxygen, forms a useful plant biomass. Due to the content in itself of ether compounds, it neutralizes the causative agents of root rot.

The plant is siderat, which is applicable for growing on any type of soil. It is intended for under-winter planting on future tomato plots. Mediferous culture, improving the properties of the soil, increasing productivity. The root system of the plant accumulates in itself macro and micro elements, does not allow to wash them into deep layers together with melt water. Thanks to its vegetative mass, it creates a reliable soil shelter from freezing. 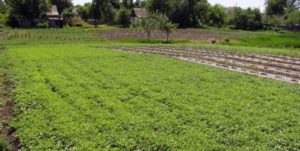 When sowing is important not only the choice of cruciferous siderata, but also the method of its cultivation. So for example:

If a rape is cultivated on the plot, it is not allowed to plant cabbage, radishes, rutabaga, turnips on it. 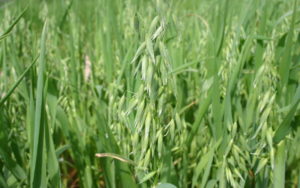 In addition to cruciferous plants, it is possible to sow green manure crops before planting tomatoes:

Systematically applying cruciferous green manure crops on tomatoes, in two or three years, it is possible to achieve an improvement in the soil and the complete neutralization of pathogens and pests. 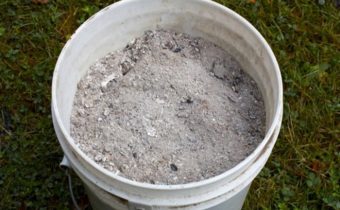 Important secrets of the "right" ash for fertilizing plants 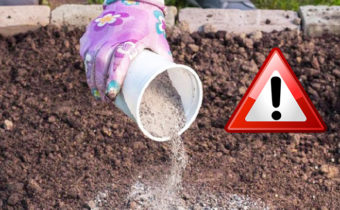 What plants can not be fed wood ash 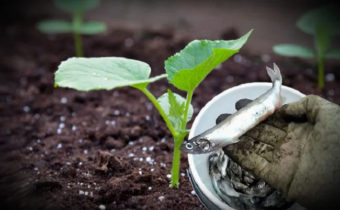 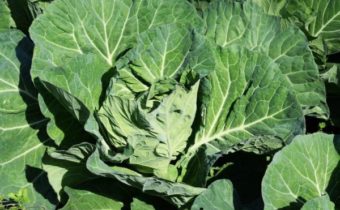 Why aren't cabbages tied at cabbage?
Previous post
Flying Tomatoes with Garlic and Herbs
Next post
Delicious sauce of ripe tomatoes and peppers, the best recipe