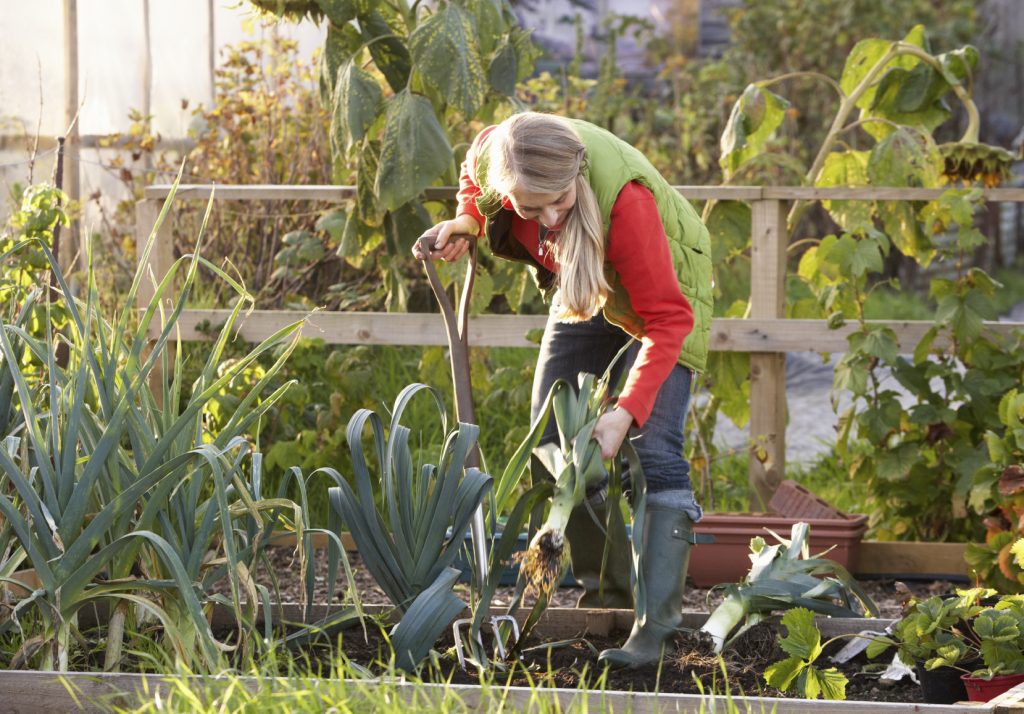 The first autumn month is one of the most intense for gardeners and gardeners. Harvesting, sowing cold-resistant crops, earthworks, tillage. In accordance with the lunar calendar, you can not only correctly distribute the entire volume of tasks during the month, but also significantly improve the results.

What work to do 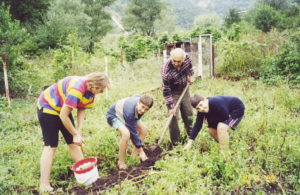 For this period it is necessary to plan the following garden works:

In the flower garden should be given special attention to perennial plants. Large crops need to be carefully planted, bulbous pore rooting, focusing on the phases of the moon, as well as temperature. The optimal time for such work is the period when the birch leaves begin to actively turn yellow.

Fans of home flower beds need to gradually transfer plants from open areas and verandas to the house. At the same time, crops such as geranium are grafted. Gradually reduce the abundance of watering, which is especially important for actively flowering plants, they need a winter rest.

In the open air, even after the onset of cold weather, some crops such as azalea and even orchid should be left. Thermal regime will allow the plant to properly fall asleep and actively blossom next season.

In the garden, you should plan the harvest of the last harvest, the treatment of parasites and various diseases. Trees are watered for the last time in a year, a large amount of moisture will help to winter even even young fruit crops. In September, it is necessary to loosen the soil under the trees, to carry out the treatment of fungi and bacteria. 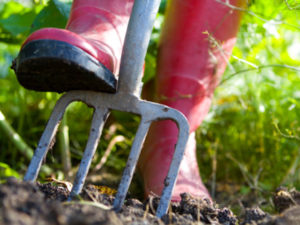 There are not too many favorable days for working with plants in September; for the most part, this month should be set aside to prepare land and soils. At the beginning of the month, it is better to plan all landings on days 3 and 5. During this period, you can sow winter crops, cultivate wintering plantations and flower crops. September 13 and 14 are favorable for working with shrubs. You can plant and process raspberries, all crops will be distinguished by strength and resistance to common diseases. The 19th is a favorable day for planting vegetables.

When planning various works in the garden, the moon phases and zodiac signs should be considered. The influence of these factors is proved by the experience of many generations of gardeners and gardeners, confirmed by objective research. 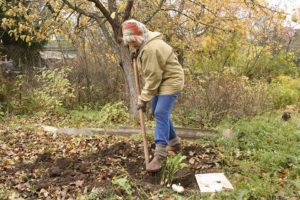 The first decade will take place in the phase of a decreasing month, so planting of most crops, except for winter crops, should be excluded. Slow growth, active rooting and thickening of the stems are all useful for winter garlic, radish or onion. If active growth is required, seeding should be postponed. During this period, it is recommended to harvest the root crops: in the decreasing phase, the juices are actively drawn from the roots by the plant, therefore the vegetables are stored for a long time.

In mid-September, the moon will change to a growing one, so you should plan crops in greenhouses for vegetable crops and greens. Shoots will appear quickly, and the plants will be strong and healthy.Even whimsical greenhouse cucumbers and tomatoes can be planted at this time. In mid-September, the time comes for planting mushroom spores in unsuccessful areas and in special mini-plantations. This is a great time to collect the roots of medicinal herbs.

In addition to the lunar phases, it is possible to focus on natural signs. For example, the presence of cobwebs on grasses and shrubs suggests that the first frost will not be soon and with the harvest, the harvesting of the roots can be waited.

The last week of the month should be set aside for tillage, since almost all days are considered unfavorable for working directly with plants. During this period it is necessary to make organic fertilizers, to harvest foliage, dry twigs and weeds. 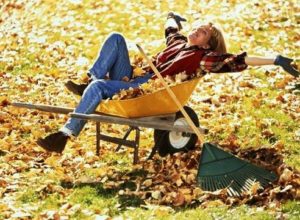 The first day of the month begins in Taurus, one of the most fertile signs. During this day, you can have time to plant everything you need, both in the garden and in the flower garden. Compost fertilizers will not be superfluous. However, injury to the roots should be avoided.

On September 4, the Gemini phase will last. This is one of the unproductive signs, so it is better to plan the cleaning, digging weeds. If vegetable bushes are still preserved, you should pinch their points of growth. The last harvest will be rich and rich to your liking. It's time to remove the shoots and pruning shrubs.

From 5 to 6 September, the moon passes the segment of Cancer. This is the best time for planting perennials. You can plant new berry bushes, pinch strawberry mustache, make abundant fertilizer. The next 3 days will be held under the sign of Libra, which contributes exclusively to the removal of weeds and tillage from infections.

Until September 19, the moon will pass the segments of the signs of Scorpio and Capricorn. During this period, it is advised to disturb plants to a minimum: avoid working with roots, digging, planting, abandon pruning and pinching, reduce watering to a minimum. This is a great time to harvest and recycle. Similar recommendations for the days of Aquarius, which will be held from 20 to 23 September.

The end of the month is again under the sign of Taurus. This is the best time for planting greens and vegetables in the greenhouse. Perennial flowers and shrubs are transplanted these days.

Regardless of the zodiac segment, you cannot work with plants and earth on a full moon, which will take place on September 25th.

Focusing on the zodiac segments, you can avoid mistakes in the planning of garden works:

What cultures to pay attention to 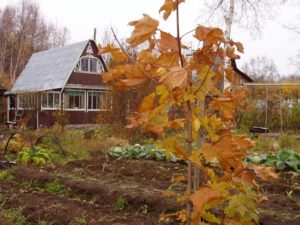 In September, special attention should be paid to:

Shoots in open and closed ground from seeds will be successful if the planting is done on favorable days. Recommended planting roses, clematis and tuberous crops during this period. The currant seedlings, gooseberries, new strawberry bushes and raspberries also take root perfectly. It is convenient to navigate according to the table of favorable days for planting specific crops:

Tomatoes will require special treatment during this period. It should pinch growth points, remove dried leaves and branches. If there are floral brushes in the greenhouses, they must also be removed.Favorable month for sanitary pruning of all types of trees, artificial crown formation.

At the end of September, a favorable time comes for the replanting of all types of shrubs. Bulb flowers also perfectly transplant seating and transfer to a new place. It is recommended to choose a specific day for these works, based on the phases of the moon and the signs of the zodiac.

It is better to clean the bulbs in the days of the waning moon just before the new moon. At this time, the plant pulls all the juice, so the planting material is stored much longer.

Pests and control of them 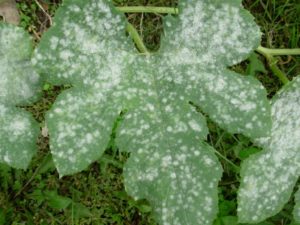 One of the most dangerous diseases of this period is powdery mildew. Zucchini and cucumbers, peppers and eggplants are under threat. The affected leaves should be immediately removed, then treated with special preparations. Allowable mullein treatment. Kilogram diluted in 10 liters of water, insist a couple of hours, then sprayed the plant, repeat the procedure after a few days.

At this time, all fungal diseases are activated, as the humidity rises sharply. At the same time, low night temperatures prevent lesions from developing rapidly, so the main measure is the timely removal of infected leaves and even whole plants.

It is at the beginning of autumn that prophylactic treatment of large shrubs and trees should be carried out. Two-percent solution of Bordeaux mixture sprayed all plantations. This will avoid the appearance of fungal diseases in spring and early June.

Any work in the garden should be postponed during the full moon, which will be September 25th. The number of unfavorable days also includes 4,15,26 and 28 days of the month. The 9th and 22nd numbers are recommended to minimize the planned work, however, the lunar calendar does not prohibit them completely. Focusing on favorable and unfavorable days, it is necessary to take into account that the influence of the moon begins on the previous day approximately after 17-18 hours of the day.

Accounting for the lunar phases and zodiac signs will not only allow you to plan out September, which is traditionally loaded with gardening works. This approach makes it possible to significantly improve results, to get a richer harvest with less effort. Proper work during this period will help prepare the perennial crops and the soil for the next spring awakening. 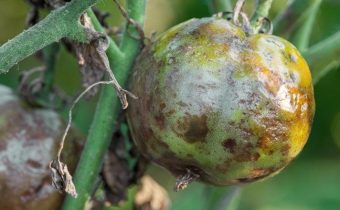 Late blight on tomatoes, what to do? 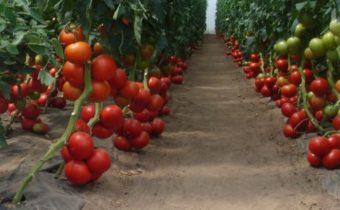 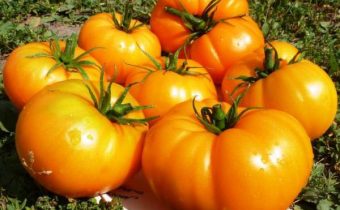 When in the Moscow region and other regions of the country to collect tomatoes in the open ground?
Previous post
What makes tomatoes small in the greenhouse? What can be done to be larger
Next post
Tomato sauce with onions for the winter