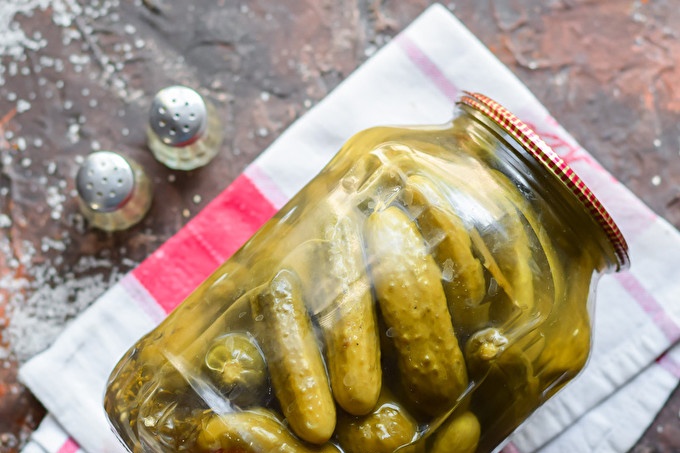 Who does not like winter crunch pickled delicious cucumbers. You can add cucumbers to any dish, to salads, they also produce unparalleled homemade sandwiches, and, of course, you can add them to pickle or any soup. Today I will share the most popular recipe of our family - marinade for cucumbers for 1 liter of water with 9% vinegar. To prepare, you need to sterilize the jar, then fill it with pickling herbs, garlic, you can add a couple of chili rings, lay cucumbers. Soak cucumbers in cold water beforehand. After preparing the marinade, pour cucumbers and sterilize for half an hour. That's all, and now, in fact, the recipe for the marinade.

The process of making pickles for cucumbers

Jar filled with greens, cucumbers and garlic. In a bowl, add sugar and salt, a pinch of ground pepper. 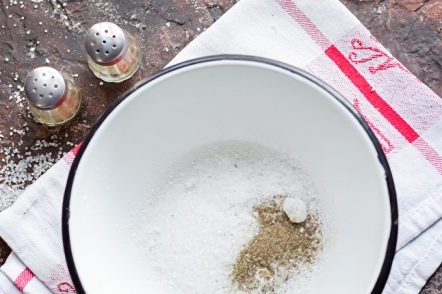 Add to the bowl of pea allspice and pea black pepper. Put a bay leaf. After boiling the marinade, filter laurel. 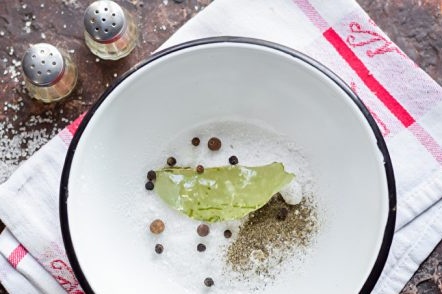 Pour water into the bowl - 1 liter. Cook marinade for 2-3 minutes. 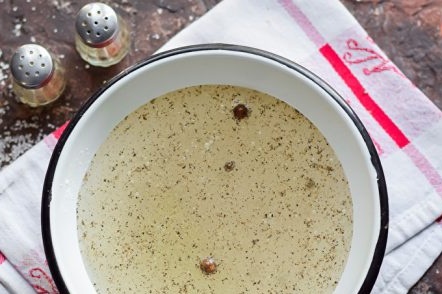 At the end of cooking, pour vinegar 9% into the marinade. Boil for 10 seconds and remove from heat. 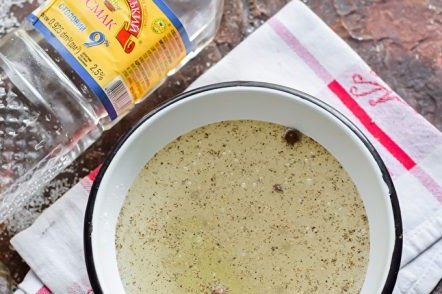 Pour marinade in cucumbers, sterilize 30 minutes and roll up. Such cucumbers can easily stand even in the storeroom of an ordinary apartment. 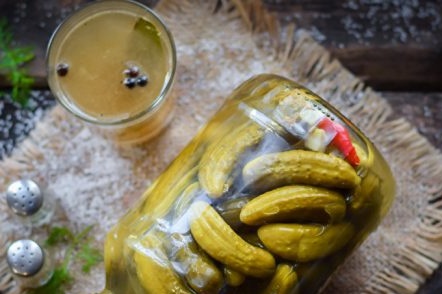 The most delicious assorted cucumbers, tomatoes and peppers