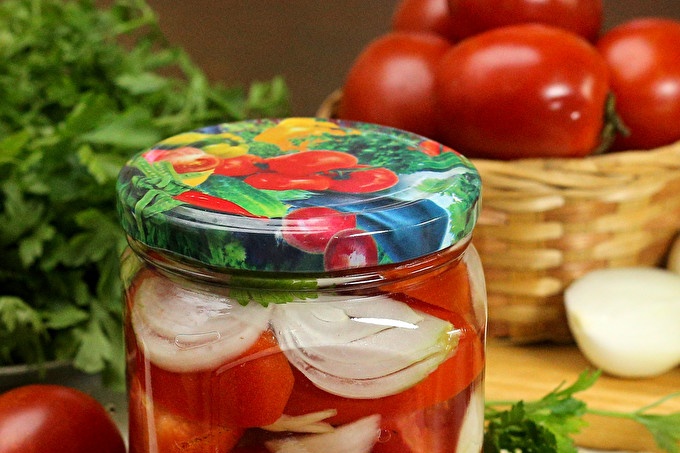 Recipe universal preparation for the winter - tomatoes with slices of onions and butter for the winter without sterilization according to the recipe from the photo step by step. You can serve as a salad or as a snack, add to vegetable and meat stews, soups, borscht, make sauces and seasonings based on canned tomatoes. The preparation is very simple: we cut the tomatoes into slices or quarters, put them into jars, sandwiching them with onion half rings and greens. Then pour boiling water to steam. In merged infusion add salt, sugar, vinegar and vegetable oil. Pour tomatoes with concentrated aromatic marinade and immediately cork.

Since there is vinegar in the marinade, and there is enough acid in the tomatoes themselves, it is not necessary to sterilize this preform.

Cooking tomatoes in slices with onions and butter

For canning choose not very large, ripe tomatoes with a dense skin and fleshy pulp. Cut into large slices, removing the stem. Onion cut into half rings or feathers. 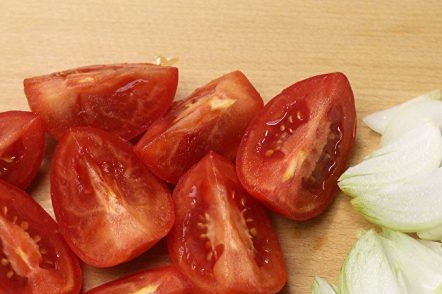 At the bottom of cleanly washed and scalded cans of boiling water, we place two or three sprigs of parsley, half of the onion sliced. 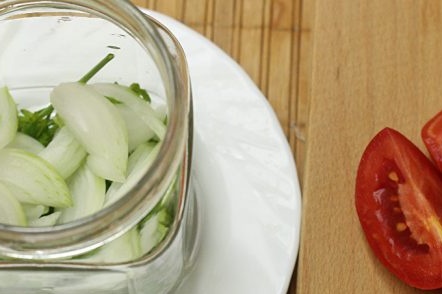 Putting tomatoes, shaking the jar. Filing through the middle with onions, you can still put a sprig of greenery. 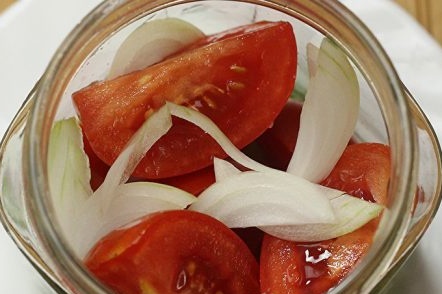 Fill the jar with tomatoes almost to the edge, leaving some space. Sprinkle a little onion, put parsley. Fill with boiling water, cover with a lid on top and let the tomatoes stew for 15 minutes. 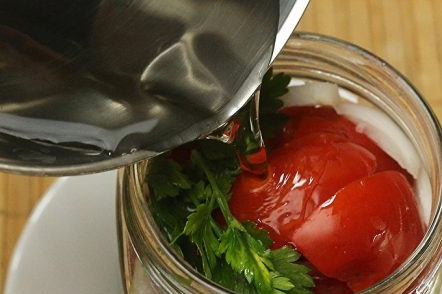 Drain the cooled water from the cans back into the pan. Add salt with sugar. Heat the marinade, cook for one or two minutes. 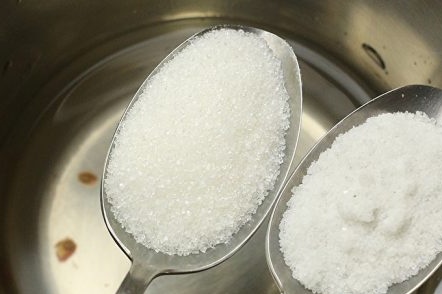 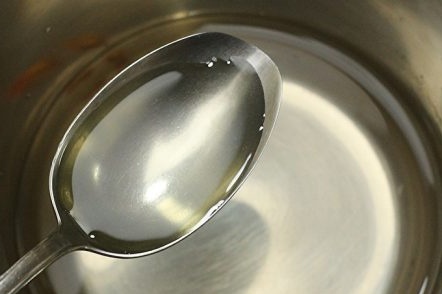 Immediately pour into banks, pour under the lid, leaving no empty seats. We twist the covers or roll up with the help of a typewriter. 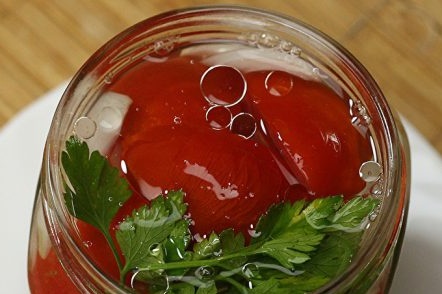 We cover the jars with tomatoes with a blanket or throw in a few terry towels and leave for 10-12 hours. Then we remove to the place of permanent storage. Successful to you preparations! 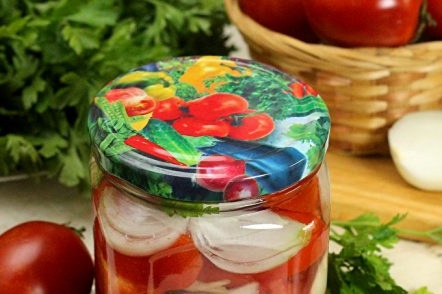 Matchless tomatoes with onions for the winter

Tomatoes halved with onions and butter for the winter

Salad "Hunter" with tomatoes and cucumbers, delicious billet
Previous post
When in the Moscow region and other regions of the country to collect tomatoes in the open ground?
Next post
Green tomatoes for the winter without sterilization