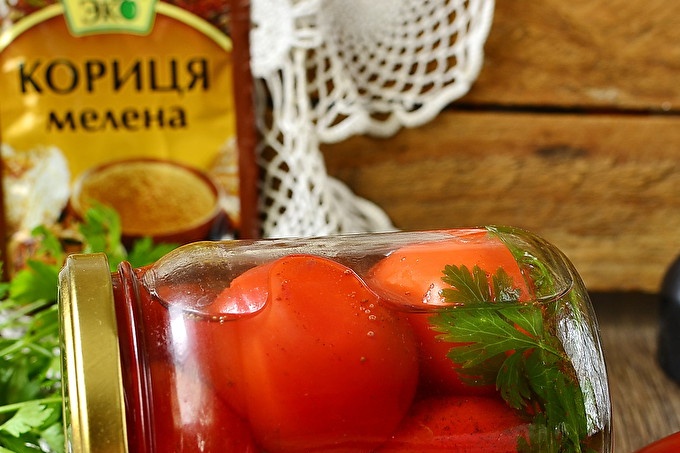 This is a simple recipe for unusual, but very tasty tomatoes. The whole point is that during the cooking process we will add ground cinnamon. It gives a snack of spice and originality.

Such a treat will not only decorate your table, but will appeal to absolutely all guests without exception. About such dishes they say - you will yum. In the tomato season, you just need to prepare at least a couple of jars of tomato with cinnamon for the winter.

Ingredients (calculated on a jar, one liter): 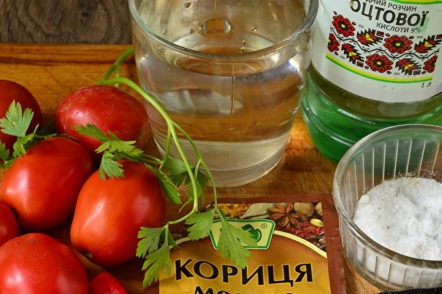 How to prepare tomatoes with cinnamon

Tomatoes are better for taking dense and small size. We wash the fruits, make several punctures on each with the help of a regular toothpick, so that they do not burst from the effects of boiling water, but retain their shape. 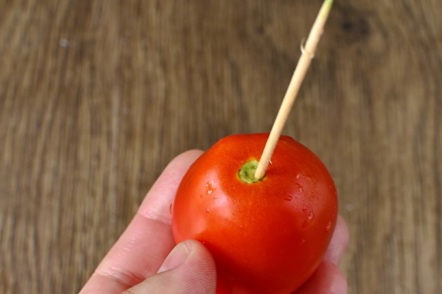 At the bottom of the banks lay out the greens, a pinch of cinnamon and a small piece of hot pepper. 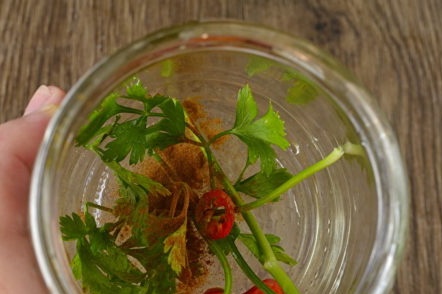 Put the tomatoes in a clean and dry jar. We do this as closely as possible, but very carefully so as not to damage them. 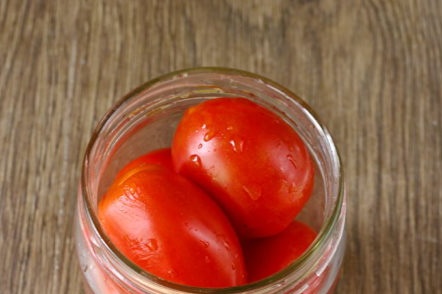 Next, pour boiling water into the jar for 5 minutes. 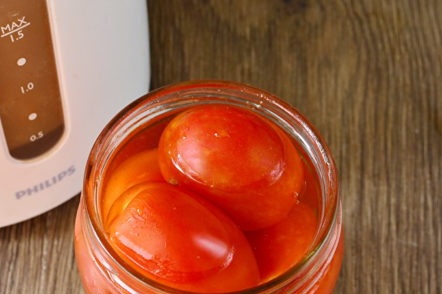 After that, pour it into a container and prepare a sweet pickle: add salt, granulated sugar and mix. Pour a portion of vinegar directly into the jar. 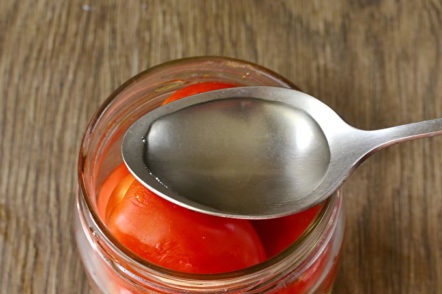 And then fill it with hot pickle. Roll up steamed lid. We put in the inverted position until the workpiece is cooled. 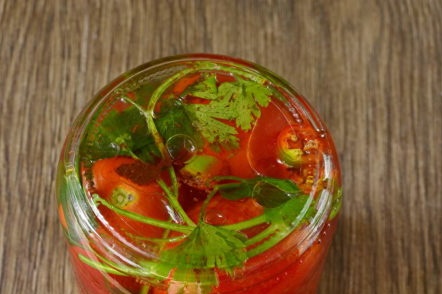 To improve the tightness you can put the jar "under the fur coat." A day later, ready preservation is removed for storage in a dark, cool place. 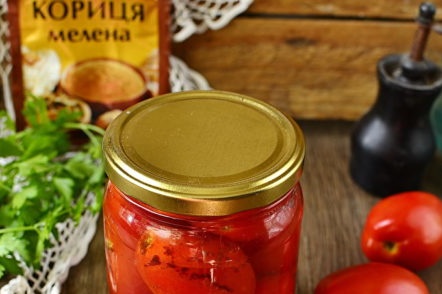