The cracking of tomato fruits during ripening is an unpleasant defect, leading to a decrease in the quality of the crop. Most often this phenomenon is observed on varieties of yellow and pink thin-skinned tomatoes. However, it can also be found on other tomato varieties. Rupture of the skin is a non-infectious disease, and the result of improper care and abrupt changes in environmental conditions.

What is dangerous cracking tomatoes 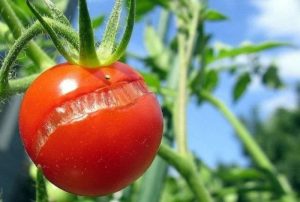 On the one hand - well, the skin of the fruits cracked, because there is nothing wrong with that! This is not a disease. But the pleasant in the appearance of such a lack is also small. Even if we do not assume that the burst tomatoes lose their attractiveness and presentation (which is very bad for a farmer who grows tomatoes for sale), one cannot escape the unfortunate consequences that the "torn" fruits expect. The fact is that the cracks are the gateway for the penetration of various fungi, viruses and bacteria. In addition, fragrant tomato juice will lure insects - lovers of sweet vegetables. If tomatoes grow in a greenhouse, where infections spread very quickly, then most likely these fruits will become sick, and part of the crop will be lost at the time of harvest. True, it is hoped that the wounds will have time to tighten with cork cloth before it gets an infection.

Cracked fruits must be removed from the bush immediately after detection and allowed to be recycled, as they cannot be stored.

Why do tomatoes burst

The appearance of ugly cracks on smooth beautiful fruits - the picture is far from aesthetic. Their appearance should immediately alert the gardener, because this is a sign that the care is wrong. There are many reasons for this occurrence. The main ones are:

Abrupt changes in night and day temperatures also lead to cracks in the skin.

As we found out, tomatoes are cracking due to improper agricultural practices. Avoid the appearance of a defect will help compliance with the rules of care and preventive measures: 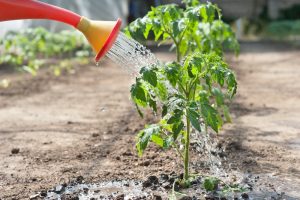 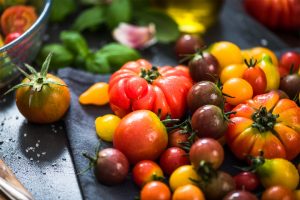 Many yellow and pink varieties of tomatoes, with a thin skin, as well as early maturing hybrids most often subjected to cracking of the skin. Varieties with medium ripening periods suffer from this disease much less often. But later varieties have practically no problems with bursting sandpaper. It is also necessary to choose varieties with a thick crust that are resistant to drought and excessive moisture that can endure all the wrong care. These include:

Varieties that tolerate excess moisture, have a late ripening period:

The most popular varieties are not prone to cracking the peel:

Using the “right” varieties, observing the rules of agrotechnology, introducing poorly concentrated feedings and arranging portion irrigation, most likely, the problem with the burst tomatoes will not disturb you, and you will get a tasty sweet crop of tomatoes that you can decorate the dish with and sell it on the market. 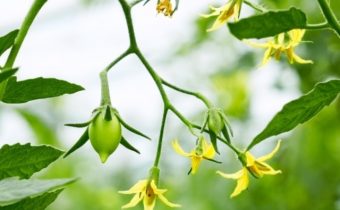 Tomato "Nastena f1": unpretentious and fruitful
Previous post
Water the seedlings of tomatoes correctly so that it is strong and does not stretch.
Next post
Ash as a fertilizer for tomatoes, gardeners reviews