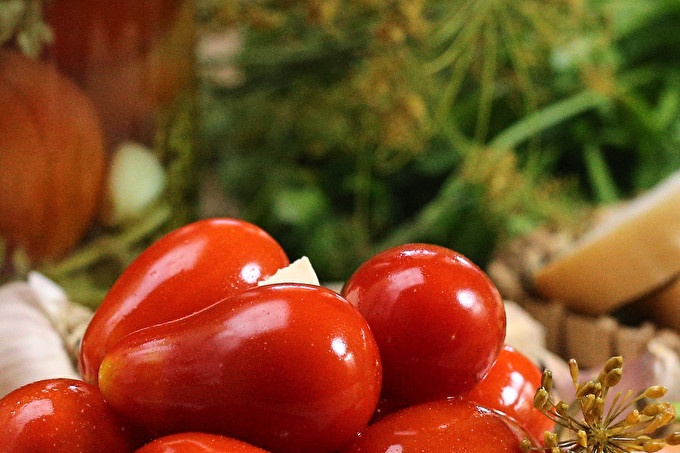 You can prepare delicious sour tomatoes in the conditions of a city apartment, using ordinary glass jars under capron lids as a container. The souring process is completely natural, without the addition of vinegar or sugar, and, although it is not fast, the tomatoes will be amazing, exactly the same as from a wooden barrel. And with the help of a recipe with a photo you can easily cope with the process.

The only drawback is that they need to be stored in the cold so as not to peroxide, therefore it is better to stock up at the end of the season, in September-October. While the tomatoes are starving and gaining flavor, it will take at least two or three weeks. During this time, the street will become colder and you can take out the jars on the balcony or in a cool room.

How to cook pickled tomatoes in jars

Choose the variety and size of the tomato for pickling to your own taste, but it is better to take not very large, fleshy, with a dense skin. They will not soak in brine and will look beautiful when serving. Tomatoes are carefully washed, discarding wrinkled or damaged. Cut greens into pieces, peppers with rings, peel horseradish root and garlic. 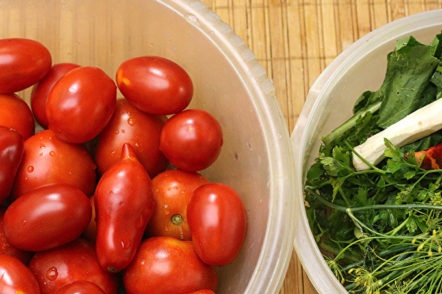 In a three-liter jar lay a layer of green, throw garlic sliced ​​in plates, slices of pepper and horseradish. 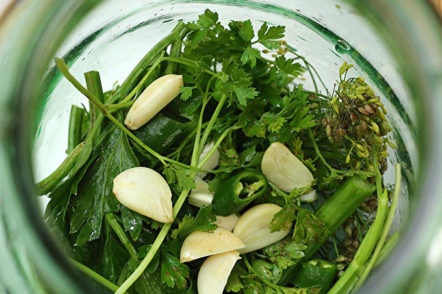 We put a layer of tomato, go to the bottom of the most dense and large. Pereslaim greens, spicy additives. 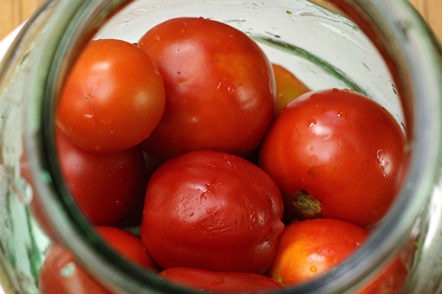 Fill the jar to the top. After half the volume, put a layer of greenery, and select the tomatoes with a smaller size. We close it with an umbrella of dill, a large leaf of celery or horseradish, so that the tomatoes do not emerge. 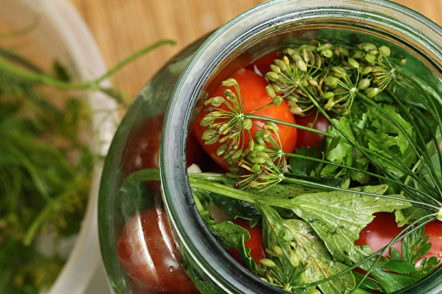 Prepare the brine from filtered pure water (cold or slightly heated) and salt. We put 60 grams of salt per liter of water, we use large, cooking ones. Completely dissolve and pour the brine in banks. Covering tightly with a lid, leave at room temperature for a week or longer until a characteristic sourish odor appears. If a whitish film forms on top, collect it with a spoon. 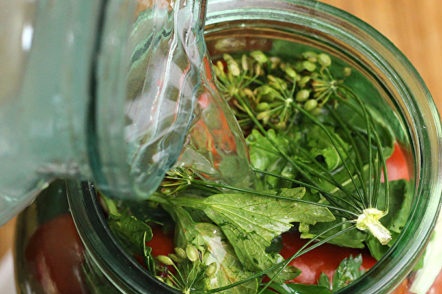 Weeks after two cans, you will need to tightly close the lid and bring it into a cool room so that the tomatoes are not peroxide. Or put in the fridge if there is free space. You can try in 14-15 days, and finally taste tomatoes gain in a month. Successful to you preparations! 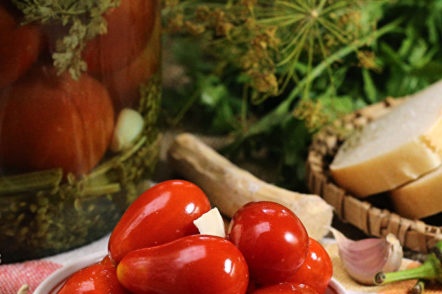 The most delicious assorted tomatoes and cucumbers for the winter 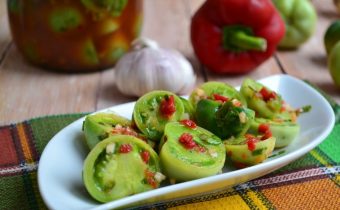 Cherry tomatoes with onions and bell peppers - a proven recipe for winter
Previous post
Super-powerful tomato seedlings at brewing
Next post
Tomato juice for the winter, as a dressing for borscht