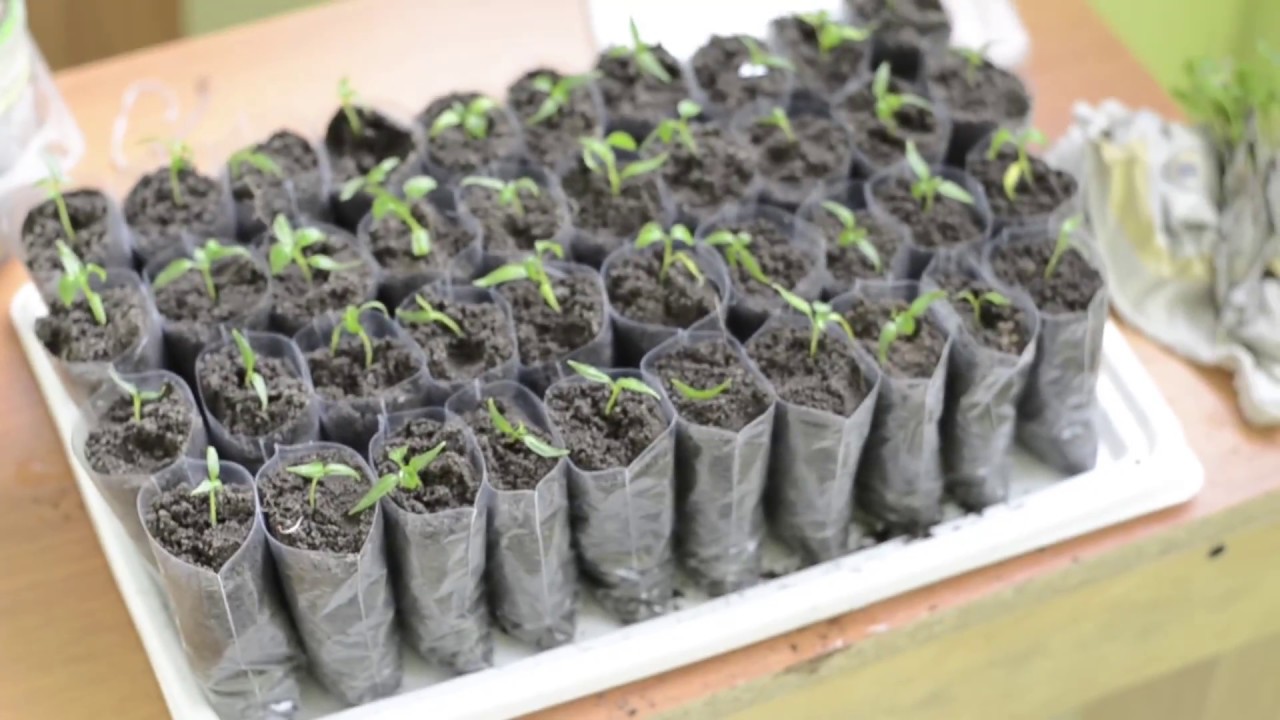 Lovers of tomatoes are constantly coming up with something new, useful, practical for growing seedlings. Found the use of tea bags, they are used for sowing tomato seeds. With the right approach, tea brewing perfectly replaces peat tablets, shortens the adaptation period after picks.

Is there any benefit?

It is not worth fearing that the welding will harm the seedlings. In a single tea bag its acceptable amount. It can not harm young plants, but it does not benefit the substances contained in the tea leaves, it is beyond any doubt: 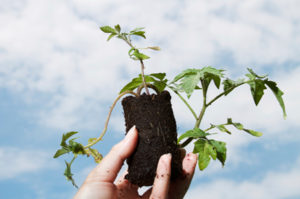 For the seedlings of tomatoes are suitable black varieties of tea, in which there are no extraneous chemical additives. Dyes, flavors are harmful to young plants.

The process of picking tomatoes requires a lot of time. It leaves less if the seedlings are planted in separate bags. Roots during transplantation are not injured, which is very important for the health of seedlings. 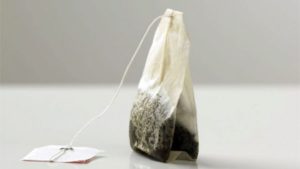 Before applying any new method of sowing seeds, it is worth assessing its advantages and disadvantages. It is necessary to apply only when there are many times more pluses than minuses. In the case of tea bags, there are no doubt more of them: 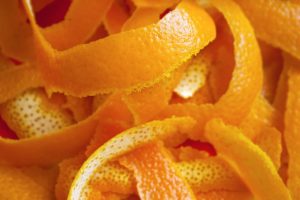 Seeds of tomatoes in seedlings sown from late February to April. Time spent on care for her is not enough. To speed up ...

There is a minus, but it is easy to get rid of it, if you do not overdo it with brewing. The fact is that tea leaves acidify the soil a little, and tomatoes love a neutral pH. This does not happen if the tablets for seedlings from tea bags to cook according to the rules. 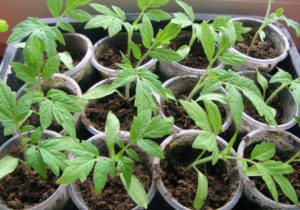 During tea drinking, do not add sugar until the tea is brewed. Pour it only after the bag is removed. Because of the sweet, when drying, mold forms, midges are raised, they become unsuitable for growing seedlings.

Sachets are dried, stored until spring. In February, March, they start planting tomatoes for seedlings. It will take primer. Some try to buy it in the store, choose goods from well-known companies, and the latter prepare it from the fall themselves. For the preparation of soil mixture for germinating seeds will need 2 kg:

All this is well mixed together with 2 tbsp. Spoons sifted ash.

All bags cut off the upper part. A disposable plastic spoon in them is filled with soil mixture. A low plastic container is prepared in advance. A layer of prepared soil is poured in a layer just below the height of the tea bag. 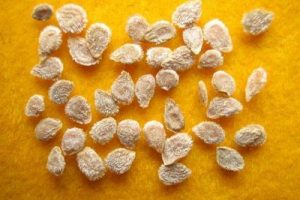 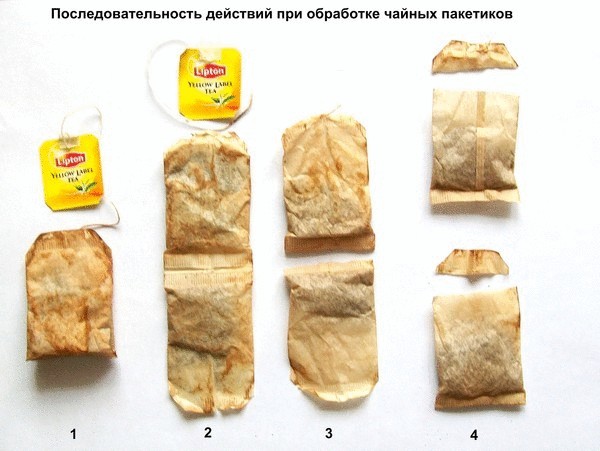 Filled blanks sink into the soil, leaving the upper part above the surface.After all the bags are placed, a few drops of growth stimulant are dissolved in water and water the soil.

This ends the preparatory stage. It remains to take the seeds of tomatoes and spread them out on pockets, pressing them into the soil. To seedlings appear faster, the container can be tightened with cling film and put in a place well lit by the sun. Shoots will appear faster if the room is warm (25-27 ° C).

How else can you use sachets (video) 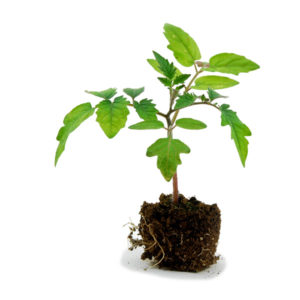 Using tea bags, gardeners do not spend money on fertilizers and peat tablets. The seedling of tomatoes, thanks to the beneficial properties of tea, grows strong and healthy. The main thing when using this method is a good preparation. Sachets need to be dried so that there is no mold. 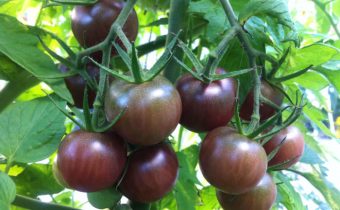 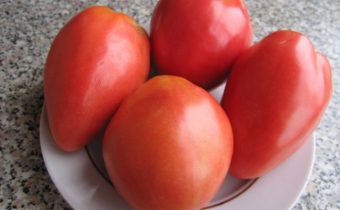 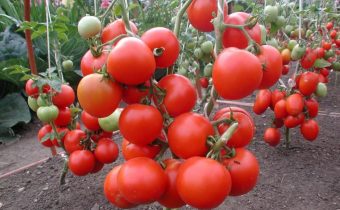 How to oxyh help tomatoes, how to apply 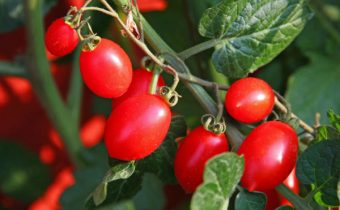 Tomato "Room surprise": decorate the apartment and diversify the salad
Previous post
Quick and tasty harvest of green tomatoes with garlic and herbs
Next post
Pickled tomatoes in banks - very tasty, like barrel-shaped
Comments on the article: one