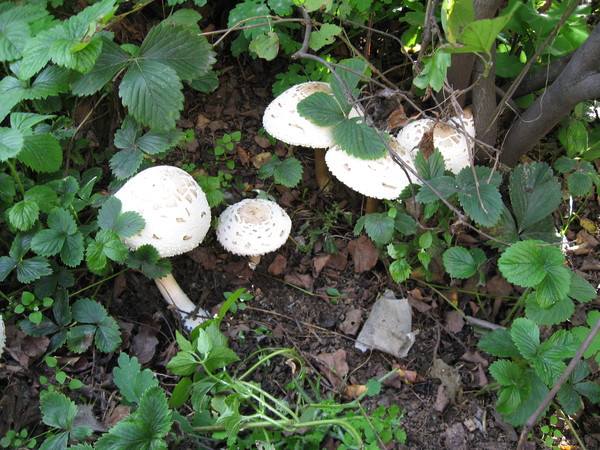 On the beds in the garden, in the greenhouse or in the flower garden appear mushrooms, which differ in type and size. They begin to grow after prolonged rains at high daytime temperatures. More often it is toadstools. They appear under the film cover in greenhouses and in greenhouses, where they create favorable conditions - humidity and heat. They love to grow on old stumps or trees, and from them they move to the garden with the help of disputes.

Each gardener or gardener wants a well-kept plot, but when the grebes appear on the plot, the appearance deteriorates. They grow in gardens when the soil is too moist, or has increased acidity. It is safe to say that the soil on which mushrooms have suddenly grown is healthy and favorable for the growth of plants, since they will not grow on poor soil. They are also able to get to the site with fertilizers imported from other places.

Just like that, even the toadstools will not appear in the garden. It is with manure that disputes are brought. More seeds bring wind from neighboring areas or nearby growing old trees.

The appearance among the beds with vegetables toadstools does not cause pleasant emotions. This applies to those owners of suburban areas who have children or pets. Everyone is trying to quickly get rid of these mushrooms as they can be very poisonous, cause swelling of the mucous membranes, etc. 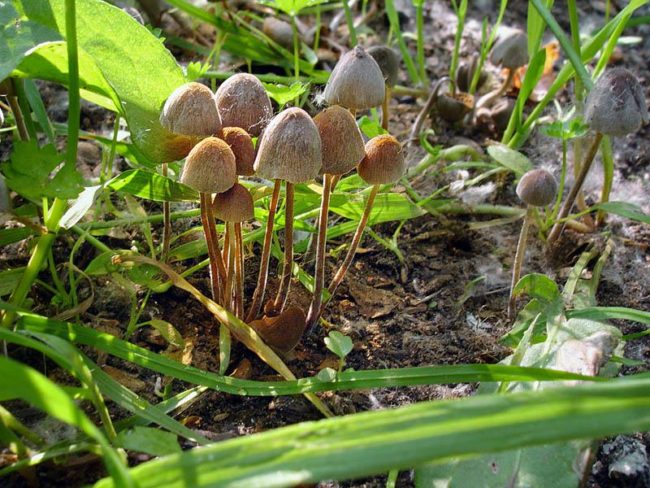 The fungus enhances the biological activity of the soil. It is useful for a tree when a large number of toadstools grow under it. Back in school, biology lessons said that mushroom cultures can enter into a symbiotic relationship with plants. This greatly improves the nutrition of tree roots. They have the ability to secrete antibiotics into the soil, which kill infections and fungal diseases.

So, toadstools in the garden and their positive points of growth in the beds: 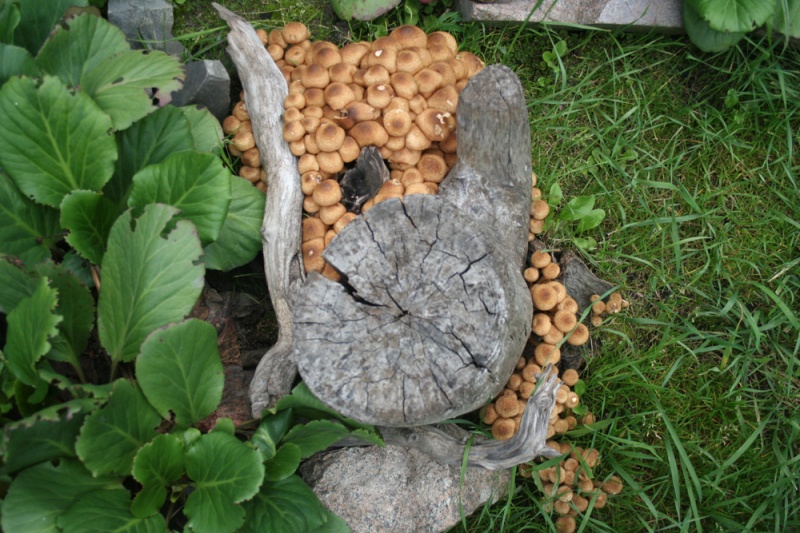 Forest mushrooms in the garden - it's easy!In the country you can grow domesticated and forest mushrooms. Well, if the trees grow on the site. Below them for the mycelium ...

However, there are several drawbacks:

When in the garden often there are children or animals, it is necessary to protect them from these poisonous specimens. You can enclose the place of growth of the toadstools with a netting net or install another decorative fence.

Ways to spread fungi and how to get rid

The peculiarity of fungi is that they multiply with the help of spores, their number amounts to billions. They are spread mechanically, by wind, by rain, and are carried by animals and insects. All that is around is air, soil, and water overflowing with spores. They are well tolerated by animals. That is why the mushrooms can be in any, the most unexpected place.as soon as disputes fall into the favorable soil for them, they will immediately begin to grow. 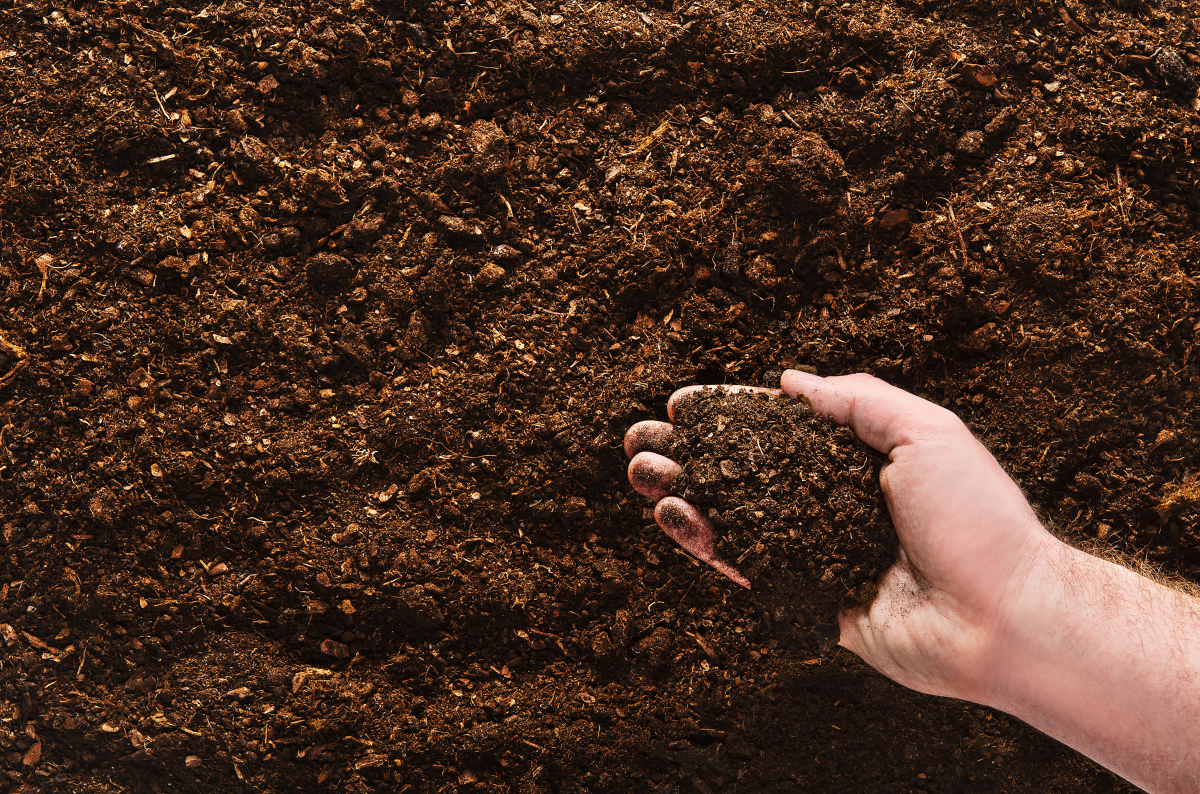 Secrets of loose and fertile soilThe type and composition of soils directly affect the quality and quantity of the crop, ornamental plants, their health ...

But if the mushrooms do not give rest to the gardener, then you need to get rid of them and there are several ways to do this. Immediately you need to be prepared for the fact that simply will not. It will take a lot of time and effort to get rid of such a neighborhood: 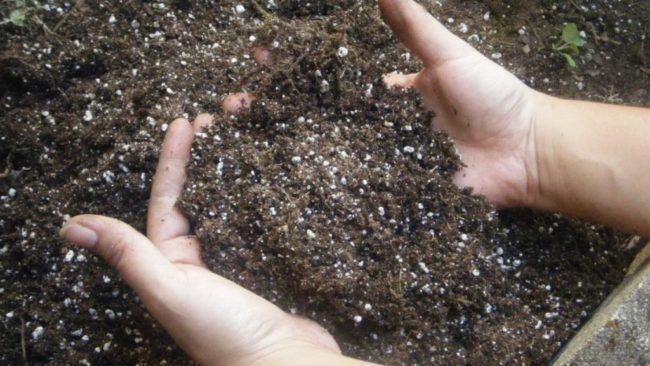 So that the mushrooms do not appear again, it is necessary to monitor the moisture and acidity of the soil.

Mushrooms growing in the garden can make the gardener think about whether everything is in order. Often the first reaction is to get rid of toadstools, but specimens settled in the garden or in the garden become signs of healthy soil containing large amounts of organic matter. Beautiful works of nature, mushrooms are extremely useful for the garden. This is a supermarket for plants, so do not try to quickly get rid of them.

How boric acid helps to better tie and ripen tomatoes
Previous post
Loosening cucumbers is useful if done correctly!
Next post
Successful use of sawdust in the garden and garden (7 ways)