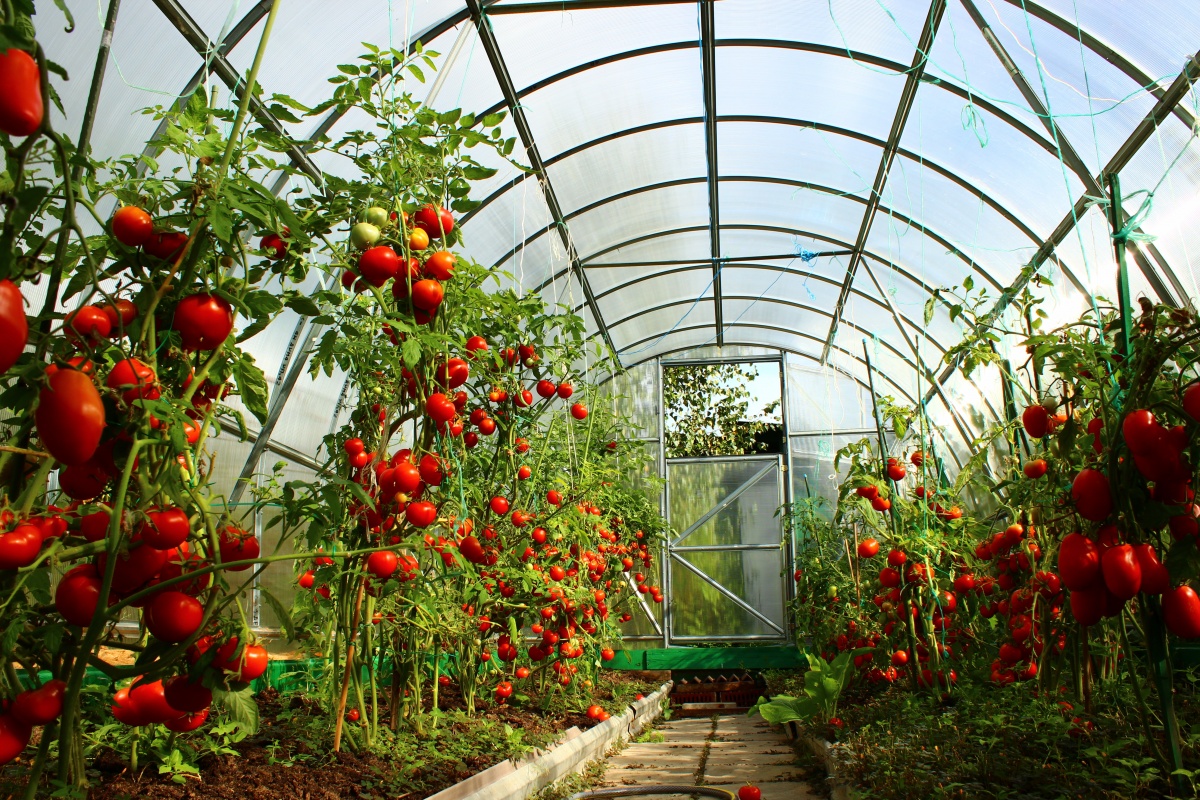 The cheapest way to get juicy tomatoes on the table is to grow them in your home garden. Some summer residents decide to grow tomatoes in greenhouse conditions. But not a few months pass, as tomato bushes grow to the ceiling.

Will it affect the harvest? What to do if tomatoes have grown to the roof of the greenhouse? 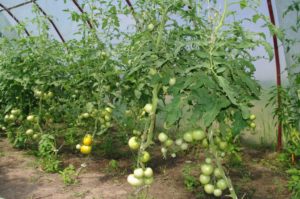 During the cultivation of tomatoes in the greenhouse, the plant must be removed stepchildren and get rid of excess shoots. And also in time to carry out the procedure for pinching the tops of bushes. For this the best time is the end of July or the beginning of August. These procedures are necessary so that the tomatoes do not grow and do not form too many shoots.

If you do not follow the growth of tomatoes, then they turn into the jungle: the plant is pulled up during the whole time while growing. In each bosom grows another stepchild. He gives a new stem with flowers and his secondary stepchildren. If this happens, then all the power goes to the growth of bushes, and not to harvest.

In varieties of low-growing tomatoes, you do not need to cut off the stepchildren, and also to remove the leaves. Only tall can grow rapidly. But it is recommended to breed them in the greenhouse.

How do you need a stepchild 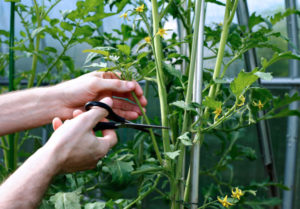 For the first time it is better to cut the stepsons a couple of weeks after planting the seedlings. It is necessary to do this operation approximately every 14 days so that the shoots do not grow. Get rid of them before they grow a length of over 5-6 centimeters.

It is necessary to break off the stepson not “at the root”, but to leave a little so that the new one does not grow. If the bush is grown from one stem, then you need to get rid of all the stepsons. If you decide to make two stems, then you need to leave the one that is located below and closest to the first bunch of flowers.

The number of brushes with flowers should be about 3-4, but no more. Delete everything else. It is necessary to form the already existing fruits. It is also necessary to remove basal shoots. They most often grow out of the ground.

Growing bushes are tied to spears, which are hammered alongside. When the required number of inflorescences has grown on each trunk, one should start pinching. This should be done so that the bush does not go up. Above each brush with flowers you need to leave a couple of leaves, and remove the rest. 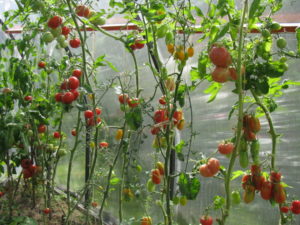 If, however, tomatoes have grown to the ceiling, then you should not panic. This problem can be easily solved:

Now tomatoes can grow further. The top, which will grow, eventually touches the ground. It is better to fill it with earth, so that the plant takes new roots.

Vasily, 56 years old. I planted small-fruited tomatoes in my greenhouse, but I ran into a problem. They grew to the roof. With all this, the first branch, they let the height of one meter. How to deal with it? I cut the leaves to the second tier of brushes, lengthened the rope with which I tied up the plant to the trellis and gently turned the stem down, dropping about 75 centimeters. Now tomatoes can grow further.

Lyudmila, 50 years old. This year I grew a variety of tomatoes De Borao. But they have grown to the very greenhouse ceiling. Upstairs many brushes are tied. I found a way out of this situation.I threw them to the side of the upper crossbar, fastened the hooks there and hung the growing stalks.

Thanks to the operations performed in time, the tomatoes will not grow upwards, and all the forces will be allowed to grow on the branches of the bush. If you follow these simple tips, you can grow a rich harvest.

Borscht in chicken broth with fresh cabbage and pickled tomatoes 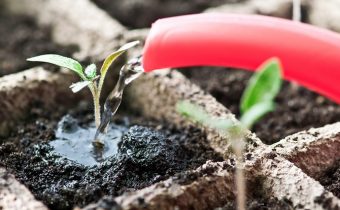 Water the seedlings of tomatoes correctly so that it is strong and does not stretch.
Previous post
Tomato cercosporosis: symptoms, causes, treatment
Next post
Sawdust as mulch under tomatoes