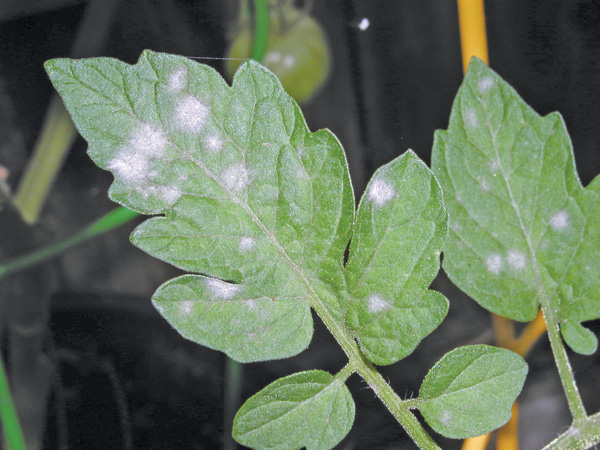 The appearance of white spots on the leaves of tomatoes has several causes, but is never a harmless phenomenon. In all cases, the symptom indicates a serious threat to the health of plants. When a problem is detected, it is necessary to immediately isolate the diseased bush and inspect others - most often white spots appear as a result of the activity of disease-causing fungi. But the reason may also be violations in the care and incorrect conditions of detention. 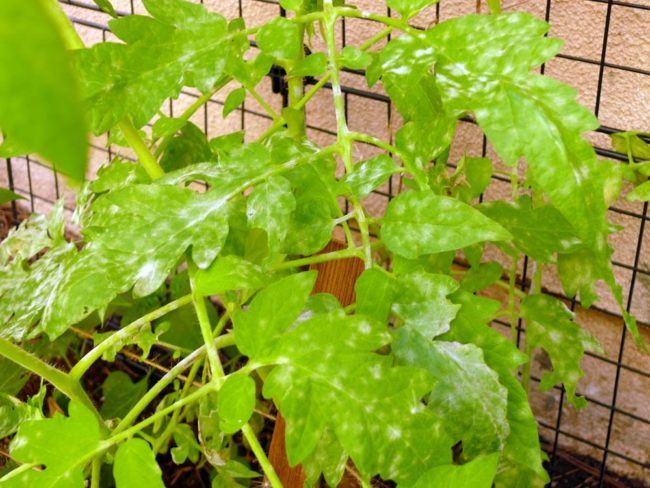 White spots on seedlings can appear for three reasons:

It is easy to determine the origin of the spotting - all three types of spots differ in appearance. So, burn marks usually appear in the upper part of the bush, the tissues in the damaged area look dried. Spots of fungus affect primarily the lower leaves and are often covered with velvety bloom. When the imbalance of nutrients is disturbed, only the leaf plate between the veins changes color.

If seedlings without pre-hardening will spend several hours under direct sunlight, the plant can be seriously damaged. You can avoid unpleasant consequences if you gradually accustom the seedlings to the sun. The first time the tomatoes need to take out to the fresh air for 10 minutes, with each next day, the time of the procedure should be extended for several minutes.

Even a seasoned adult plant, caught in the sun after watering or spraying, will get burned. Drops of water on the leaves and stems act as lenses - focusing the rays and increasing the strength of their effects.

Burns look almost transparent and can be of a different size, depending on the degree of damage. Sometimes the whole leaf may turn white. 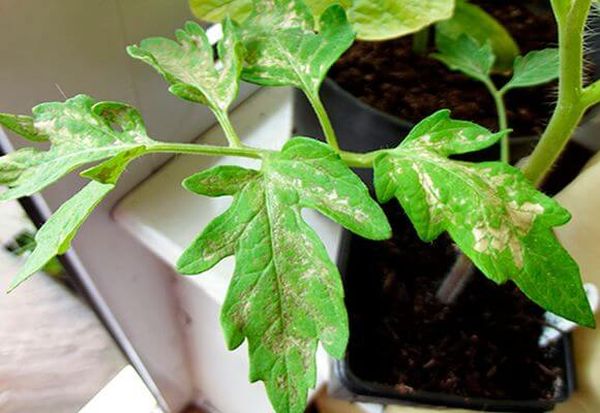 Pale spots may be a symptom of iron deficiency or an excess of manganese in tomato seedlings. In both cases, white spots appear on the lower leaves. If there is a shortage of iron, some leaves on the bush will be colored between the veins in yellow. Manganese poisoning is manifested by brown specks on all levels of the bush and deformation of the leaves of the upper tier.

The cause of iron deficiency in seedlings may be excessive levels of calcium in the substrate. In addition, iron is not absorbed, if the seedlings do not turn off the lights, even at night. For normal development, tomato seedlings require a light day lasting 10-12 hours, but no more. 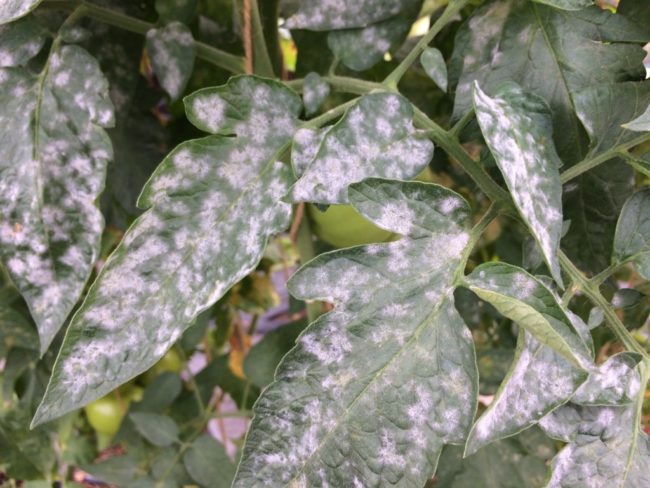 There are several diseases that cause the leaves of the seedlings to turn white. Some diseases can affect adult bushes, especially those growing in the greenhouse. Fungi cause them.

Diseases in which the leaves turn white:

At the onset of the disease, late blight and brown spotting are also manifested by white bloom on the leaves. With late blight white spots dry out, and with brown spot their color changes to brown rather quickly. 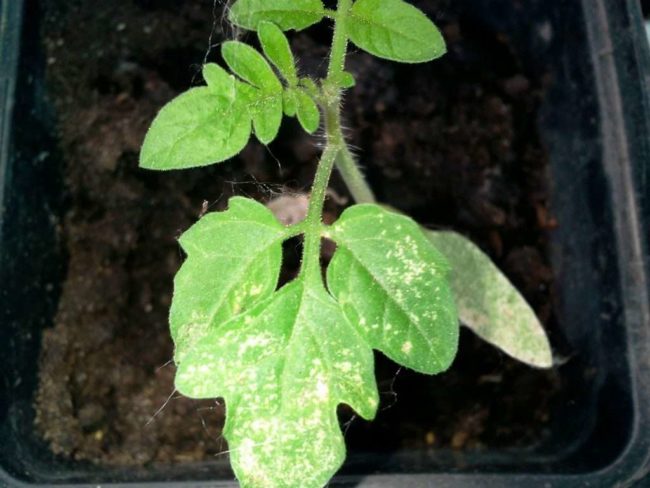 If the plant has suffered from the sun, it is recommended to spray it with a growth stimulator, for example, Epin, which should be done in the evening. Tomatoes can recover even after a large lesion, but the bush will hardly grow well - damaged leaves lose their photosynthesis ability. It is impossible to cure completely burnt leaves, so they should be removed.

Iron deficiency can be eliminated by spraying the bushes with a 0.1% solution of Ferrovit. If manganese poisoning is necessary to transplant seedlings in a fresh substrate. 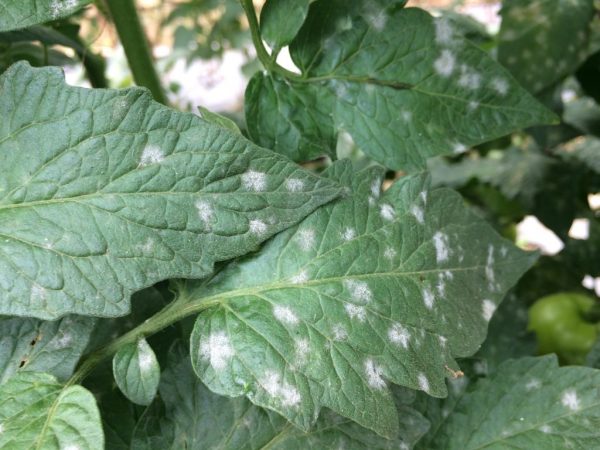 Reliable prevention of the occurrence of white spots on the leaves of seedlings is the observance of all the rules of agricultural cultivation.Improper care can not only become a source of the problem, as in the case of over-feeding and supplementing or placing hardened seedlings in the sun, but also contribute to the appearance of fungal diseases. Activation of fungal spores almost always provokes high humidity, a violation of the temperature regime and low plant immunity. 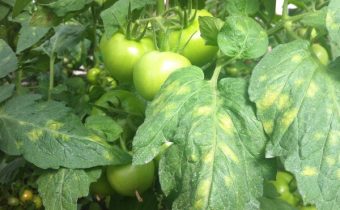 Spots appeared on the leaves of tomatoes, how to treat kladosporiosis? 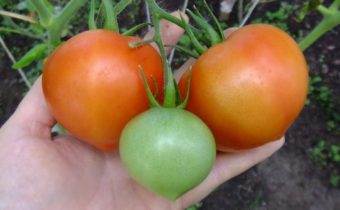