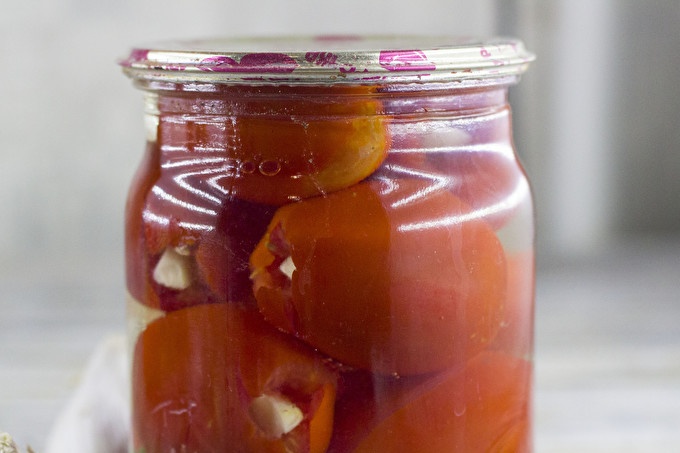 We offer you a simple method of salting tomatoes. Tomatoes with garlic inside for the winter according to this recipe with step-by-step photos are perfect for any dishes.

Products for tomatoes with garlic: 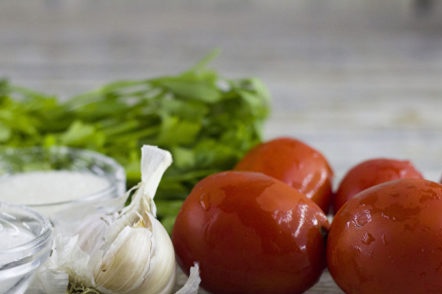 How to cook tomatoes with garlic inside

We washed the tomatoes, cut the stalks, put a small slice of garlic into the dimple with a pointed tip. Do not forget to cut the garlic tooth in half and then diagonally. For aroma, you can put a piece of red hot pepper / ginger or horseradish in a jar. Additionally, you can put in a jar carrot mugs, onion rings. 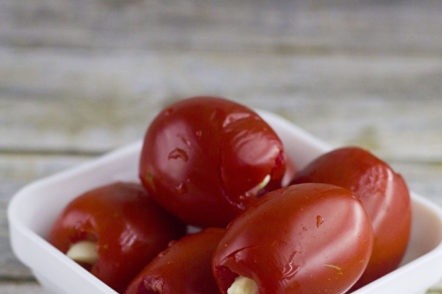 We washed and sterilized the jars beforehand, put spices, fresh greens and black pepper on the bottom. 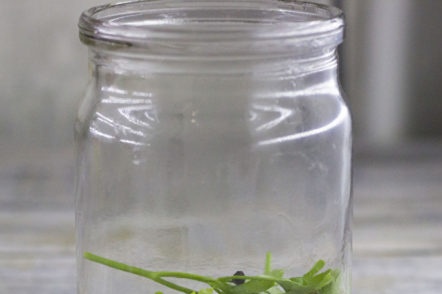 Filled containers of stuffed tomatoes to the level of the top side. They put the tomatoes tightly to each other, so more fit in the jar. 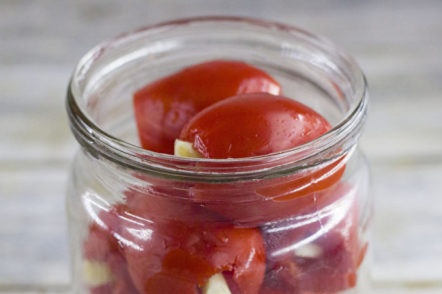 Poured water into a saucepan, boiled, poured tomatoes, covered with a lid, left to steam for 5 minutes. After poured into the pan, boiled and poured the fruit again. In the last approach, 1 liter of water was measured, granulated sugar and coarse salt were poured. The ingredients are mixed and brought the brine to a boiling state for 10 minutes. The cans were filled to the top with boiling brine, table acetic essence was added. Table vinegar can be replaced with an aspirin tablet at the rate of 1 tablet per 1 liter of water. 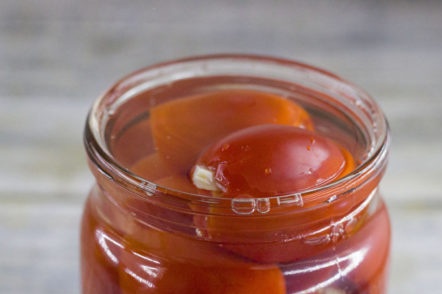 They closed the containers tightly, checked for correct seaming: the brine should not stand out from under the lid. Wrapped in a quilt / terry towel, turned upside down, and left to cool on the table for a day. 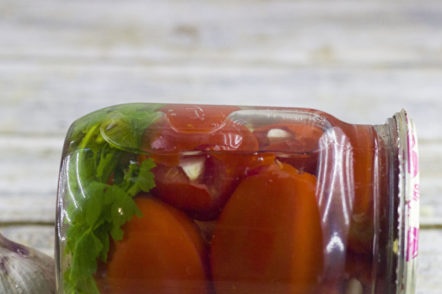 Tip: To make seaming better and last longer, you need to thoroughly wash and sterilize the jars. Remove the glass containers from the metal circle after the last drop of moisture has evaporated.
Print out

Adjika from tomato and pepper with garlic for the winter boiled
Previous post
Tomato ketchup with apples, just fingers you lick
Next post
Tea Cake Fertilizer