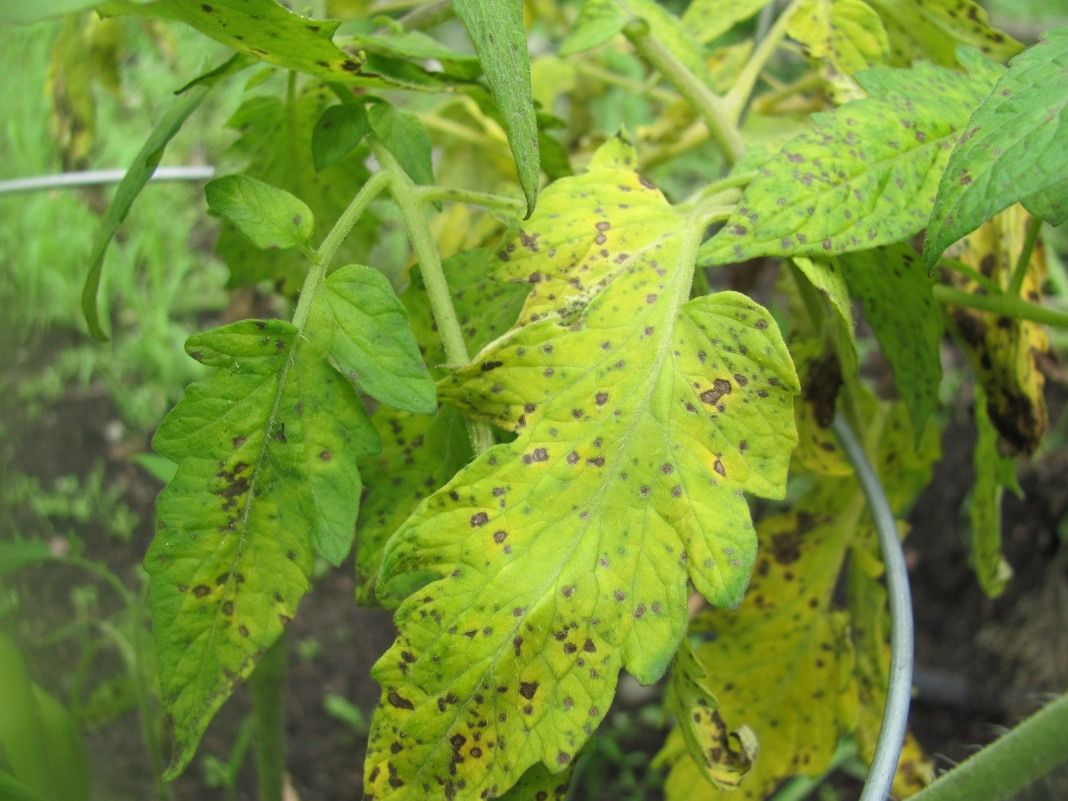 The causative agent of the disease is a bacterium that is almost always present on the surface of a tomato. Another habitat of the pathogen is plants that have become its temporary host. In most cases, the microorganism does not affect the development of the bush, but under the influence of cool air and moisture enters the active phase.

Botanists, having conducted a series of studies, arrived at an unequivocal conclusion. Bacterial spotting refers to those types of pathologies that do not cause significant damage to plantings, so the summer resident should not resort to the use of a large amount of pesticides.

The pathogen enters the active phase since the beginning of the growing season. Stably wet and cool weather in the open field or in the greenhouse will accelerate the process of its development. Weeds, plant debris, and traces of un harvested crops act as carriers of bacteria. Less need to blame insects. 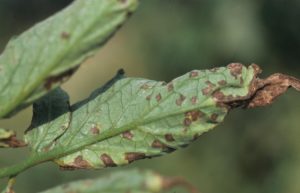 The rate of development of the bacterial pathogen is insignificant; therefore, the clinical manifestations of the disease are noticeable only by the time the active phase begins. Summer residents should know that when making a diagnosis, emphasis is made on 2-3 symptoms:

The disease is characterized by the presence of non-specific symptoms, so it is easy to confuse with a number of others.

The only way to make a correct diagnosis is to send part of the affected bush to the laboratory. Specialists will highlight a specific culture of the pathogen for further research. Unfortunately, the procedure is time consuming and expensive. Summer residents are advised to immediately destroy the affected bush. In order to prevent further spread of the disease, disinfecting treatments are carried out. 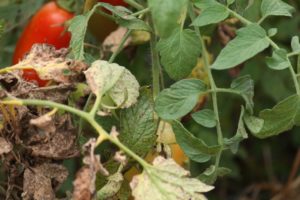 As soon as the first symptoms manifest themselves, they immediately inspect at least 10 plants located in several parts of the garden, at 10 control points. It is about the leaves near the base and the fruit, the stem. The earlier the disease is recorded, the greater the chance of saving the landing.

To stop the bacterial spotting will help the solution of the drug "Fitolavin." A broad-spectrum antibiotic is used in the open ground from 2 to 4 times. It all depends on the severity of the disease. Tomatoes that are grown in the greenhouse, processed no more than 3 times during the season. The procedure is as follows:

The drug does not change the physico-chemical characteristics of the soil. Its second advantage is the preservation of the population of beneficial bacteria.

Tomatoes - a culture in need of a stable temperature regime. Even a slight leap will trigger the onset of the disease. The second rule - compliance with watering norms. Before pouring, you need to check the degree of soil moisture. If the figure is below 15cm, then watering is allowed. The third rule is regular processing of garden tools. After each use it is immersed in the bath.In it pour 1-2% solution of potassium permanganate. The duration of the water treatment is 1 hour.

Manipulations with seedlings are made only with the use of garden tools. It is forbidden to break off even wilted leaves. Reckless actions will lead to the formation of microtraumas through which the bacterial pathogen penetrates. 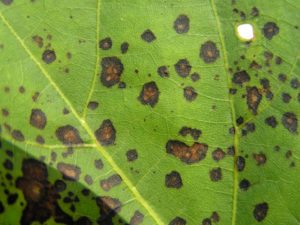 The site on which the outbreak of a bacterial disease was previously recorded is subject to mandatory treatment. Spend it 4 days before the estimated date of landing. Use a solution of copper sulphate. For every 1m2 spend 0.5 liters of the mixture. The gardener should limit the use of nitrogen-containing (N) fertilizers as much as possible. The more N in the soil, the weaker the tomatoes.

Resistant varieties will help reduce the likelihood of developing bacterial blotch. The list of those is as follows:

Remember, 100% protect landing from the disease is impossible. Even with the use of varieties with high immunity should not forget about the need for prevention.

Bacterial spotting is a disease that does not have a clear clinical picture, so it is often confused with many others. A correct diagnosis can be made only after detailed laboratory research, which is not affordable for everyone. The best way to deal with the disease is to remove the affected bushes. The next stage is the processing of the remaining landings and soil.

Root rot (black leg) on ​​tomatoes, what to do?
Previous post
Tomatoes in holey buckets
Next post
5 best recipes lecho from tomato, pepper, carrot and onion