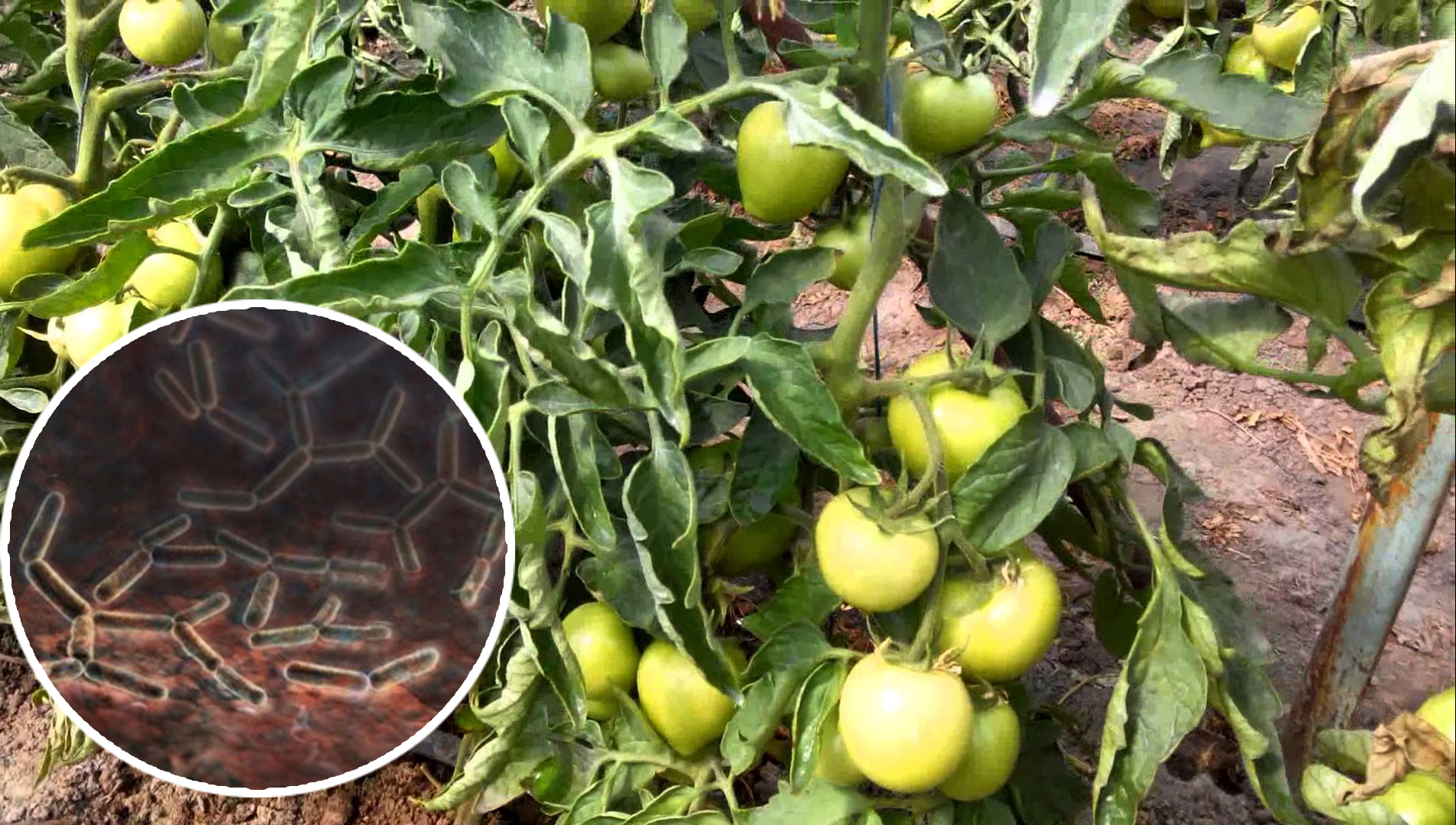 Bacteriosis is an inconspicuous disease of tomatoes, which in most cases leads to the death of plants. To recognize the disease, you need to familiarize yourself with the main symptoms of the course of the disease. How to determine sick tomatoes, or not? What measures to take, if you still managed to determine the symptoms of bacterial wilt? 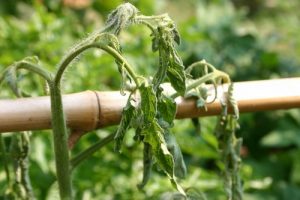 The causative agent of wilting is the bacterium "Erwinia phytophthora". The disease at the initial stage does not manifest itself, the plant looks absolutely healthy. But, inside the stem, a slimy mass is formed with bacteria that provoke the death of the plant. Favorable environment for the development of the disease is wet hot weather. Bacterial wilting of tomatoes occurs in two forms: acute and chronic. The first takes no more than three days. Chronic lasts more than a week. The fruit is striking from the inside. Symptoms of chronic bacterial wilt:

The plant is infected through the root system. Wilting occurs due to blockage of the vascular system, bacteria. The latent period of the disease can last for two months, but as soon as the weather sets in hot and humid, the plant dies within a few days. 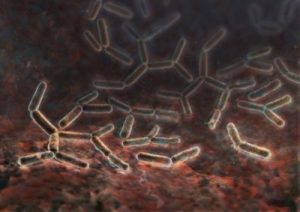 Wilt bacteria are found in the upper layers of the soil, affecting not only tomatoes, but also other vegetable crops. Infection of tomatoes occurs:

Tomatoes infected with bacterial wilt cannot be cured. They only need to destroy.

Sick plants need to be pulled from the garden and burned so that they do not infect the rest of the tomatoes. To prevent infection of healthy tomatoes will allow processing treatment "Fitolavin."

Preparation of working solution: take 20 milliliters of the drug, dissolve in 10 liters of water. Pour half of the resulting solution into a spray bottle, spray all plants completely. Use the other half to water the tomatoes at the root, spending 30 milliliters per bush.

Decontaminate the soil where the diseased tomatoes grew. As a disinfectant, use:

To use chemical preparations for disinfection, when plants cannot be grown on a bed, it is possible to harm their growth. 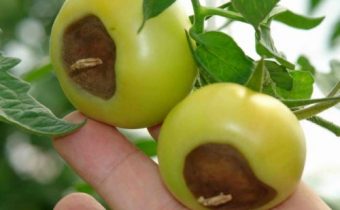 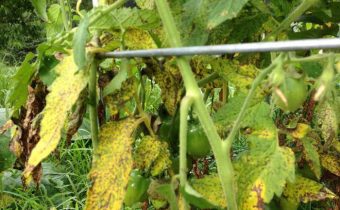 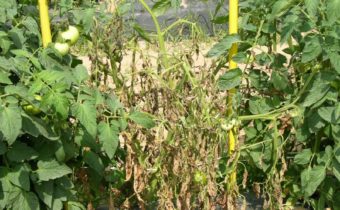 Bacterial wilting tomato
Previous post
How to care for tomatoes in the greenhouse
Next post
To tomatoes were large and ripen faster, prepare a top dressing