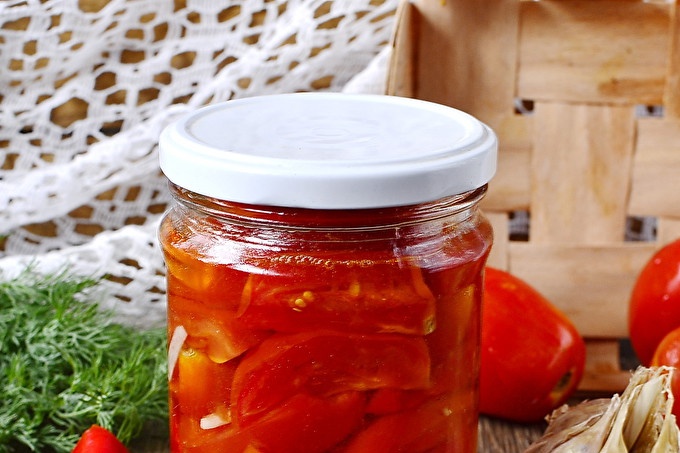 The combination of tomatoes and garlic, which has long been known to everyone, has not yet become boring, so many people will be delighted at this New Year's table. Tomatoes, marinated with garlic cloves for the winter, have a gentle, but savory taste, just yummy fingers. But they also have many variations of preparation, one of which is the well-known adjika.

This recipe for preservation is a bit different, since here we close the tomatoes not in the form of mashed potatoes, but in slices. For what people love these types of conservation, it is for their variability in use. They can be served as a snack on the table, in the form of a salad, in the form of a dressing, sauce or meat sauce. Jars with such preservation clearly do not linger in the dark walls of basements and cellars, and over the winter they are eaten with appetite by guests and hosts. 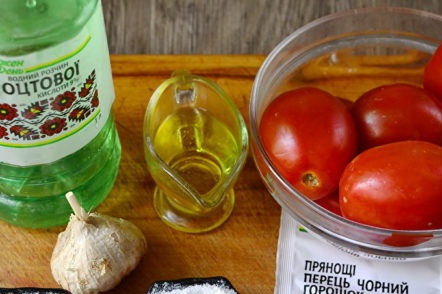 How to cook tomatoes with slices of garlic for the winter

To cook tomatoes with garlic, first choose the right variety of tomatoes. They should be medium or large, fleshy and juicy. If you wish, you can preserve tomatoes without skins.

Then we thoroughly wash the vegetables under running water, make a small cut on the top, pour boiling water over the tomatoes and immediately cool them. Thus, the skin of the tomato is removed quite easily and quickly. Cut the tomatoes into four or five flat pieces with slices. We put the vegetables in a separate bowl. 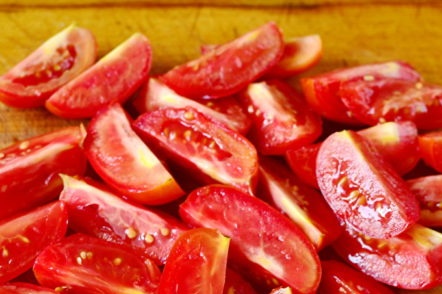 Now let's do some garlic. All teeth cleaned from peels, washed. If the teeth are large, then we cut them into two, three parts. 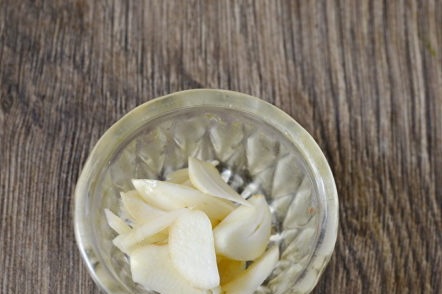 Now put the tomatoes in a sterilized jar, somewhere to the middle of occupancy. Pour sugar, salt, vinegar and butter to them, lay garlic up. 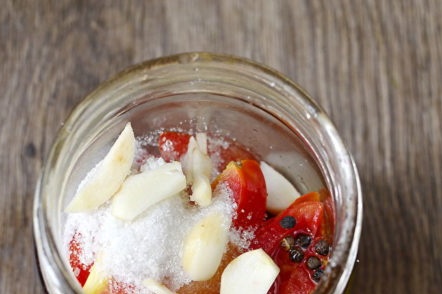 The top of the jar is closed either by hand or by a lid and thoroughly rub it in, so that all the vegetables lie flat. Fill the remaining space in the jar with tomatoes again and fill with boiling water. 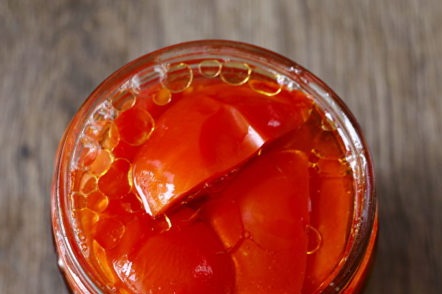 This is followed by the usual canning process. We take a large saucepan, line a towel or any other cloth at the bottom, put the jars, cover with lids, and fill the saucepan with water. When the water boils, the banks in it remain for 20 minutes, boiling over a small fire. 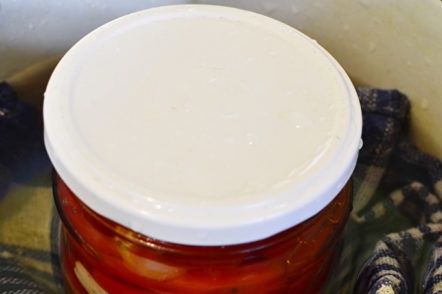 Then we get jars, we roll, we overturn and we wrap up. Tomato preparation with garlic ready. 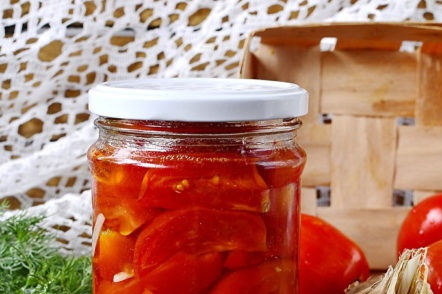 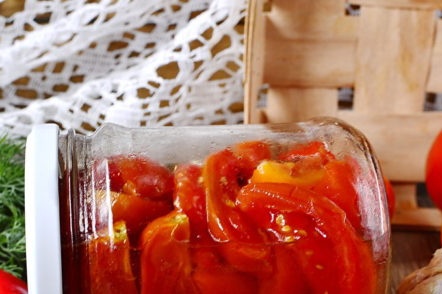 Salad "Donskoy" with cucumbers and tomatoes, a delicious recipe for the winter

Tomatoes with apples for the winter "Lick fingers"