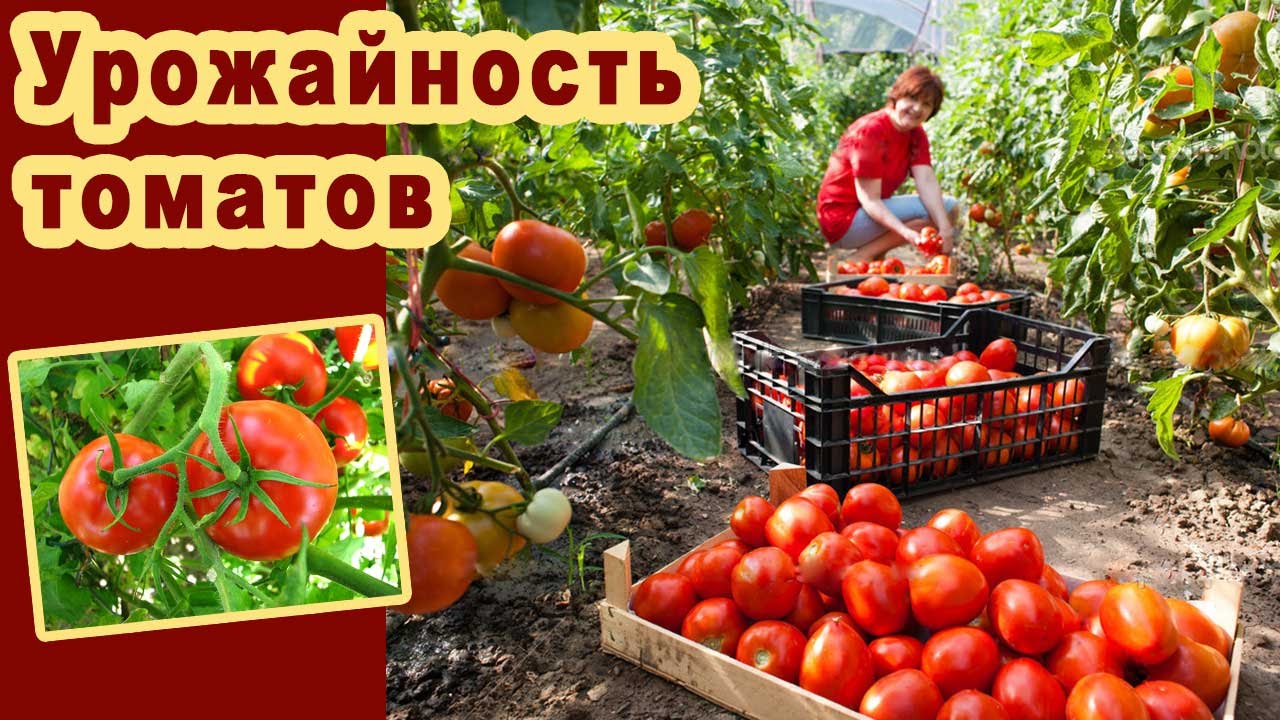 Often, inexperienced gardeners are baffled by the production of a bountiful crop of tomatoes, as not everyone can succeed in growing it. Tomato - capricious culture, wayward. In order to increase the productivity of tomatoes and to obtain as a result healthy large and juicy fruits, it is necessary to know some nuances of vegetable cultivation. 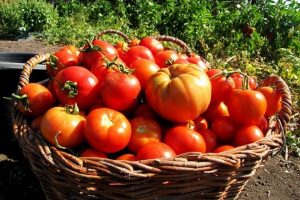 First you need to figure out what exactly causes the harvest shortage in most cases. The most common causes include the following.

The biological rhythm of greenhouse plants is completely dependent on the greenhouse microclimate. Tomatoes are especially sensitive to temperature. If they are cold or hot, then the plants react instantly - throw off flowers and ovaries, which leads to a large shortage of crops. To preserve flowering (pollination of flowers) and fruit mating, it is necessary to maintain an optimum temperature:

At above +30 degrees, pollen becomes sterile, and at below +15 degrees it does not develop. As a result, pollination does not occur and the ovaries fall off.

Tomatoes no longer develop normally if they are watered with water from a well. Experiencing stress from the icy water, the seedlings quickly fall ill and as a result do not bring a good harvest. 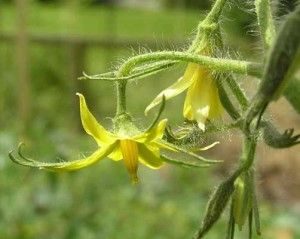 Pollination also does not occur because of too much humidity. If it is above 65%, then the pollen sticks together into lumps and does not pour out of the seedlings, therefore, does not pollinate the flowers, and the latter do not form the ovary. Increased humidity often occurs in rarely ventilated greenhouses. In addition, insect pollinators cannot enter the greenhouse and help the plants to transfer the pollen to the right place. Therefore, it is recommended to carry out artificial pollination by shaking branches. The doors and windows of the greenhouse in the summer should always be open for fresh air.

Many people neglect this rule, but in vain. The annual cultivation of tomatoes in the same place quickly depletes the soil, which leads to poor yield. But planting tomatoes in the former beds with potatoes, peppers and eggplants is also fraught with poor yield. The fact is that all vegetables have the same diseases and are affected by the same pests. 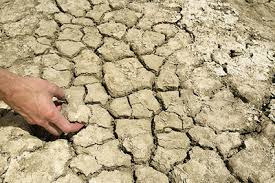 In the period of flowering and fruiting tomatoes in dire need of water. If there is a lack of moisture in the soil (soil moisture is below 70%), then the flowers and ovaries will fall off due to the fact that the roots in dry soil are quickly damaged and no longer fully nourish the aboveground part of the bush. If thirst is felt during the formation of the fruit, they will not grow without water. But if you suddenly start watering landing, then tomatoes will begin to crack. In any case, interruptions in irrigation will affect the quality and quantity of the crop.

The excess trace element in the soil leads to the growth of the green mass of the bush and the growth of the roots to the detriment of flowering and fruiting. Tomatoes, of course, will bloom, but very weakly. As a result, you can get almost shrubs with 1-2 fruits. Nitrogen is necessary for seedlings only in the first stage of vegetation. But during the flowering and fruit formation tomatoes need other elements - potassium and phosphorus.

The use of hybrid seeds

Often unknowingly, gardeners harm themselves, use low-quality seed material. Everyone knows that collecting seeds from hybrid varietiesand then sowing them for next year does not make sense. Such seeds will not give the same good yield as the parent variety. It's all about genetics - hybrids do not pass on their genes to their descendants, and therefore waiting for a good harvest is useless.

How to increase the yield of tomatoes

Tomatoes are responsive to care, taking into account the characteristics of the culture. Vegetables love heat, water, fertile land, a light draft. If you provide them with everything you need, then the increased yield will be guaranteed.

Tomatoes can be planted after cucumbers, cabbage and onions. However, in their place you can get a mediocre harvest. The best productivity of tomato bushes is shown on the site where the roots were previously grown - radishes, carrots, turnips, beets, greens. You can plant them after legumes, which saturate the soil with nitrogen. But it is ideal to cultivate tomatoes after sideratov. Under them, the soil has time to relax and get enough nutrients. Returning tomatoes to their original location is permissible only after three years. 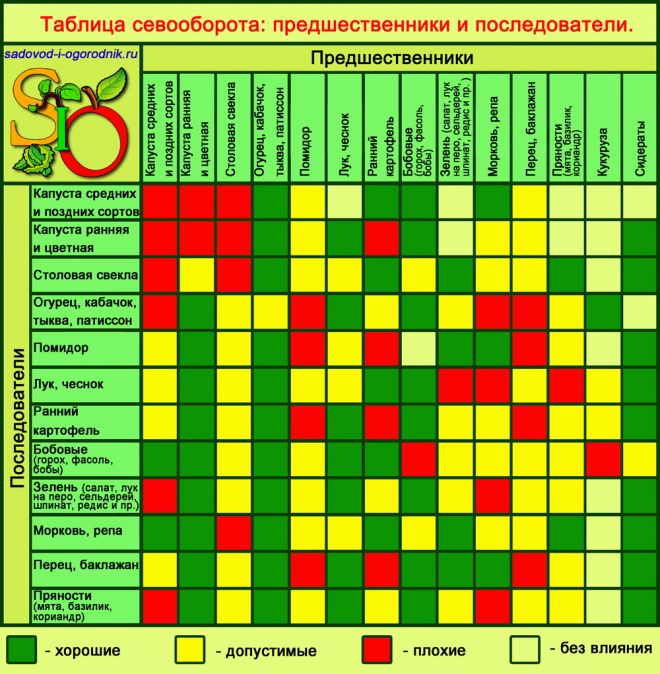 During the flowering of tomatoes in open ground, to avoid shedding the ovaries, it is necessary to carry out spraying growth stimulants. Specialized drugs have a beneficial effect on the immune system of the plant and stimulate the formation of ovaries, even in the most adverse weather conditions. Experts recommend using a solution of boric acid (10 grams of powder per 10 liters of water). Boron processing gives a number of advantages:

Greenhouse tomatoes respond well to additional watering in the form of sprays. Through the leaf, nutrients come to the plant many times faster, causing the bush to gain strength and “work” much better. For foliar fertilizing use urea, calcium nitrate, potassium monophosphate and iodine solution. 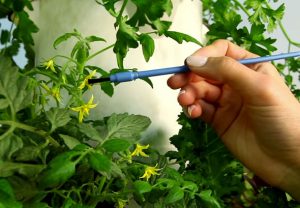 Item touches greenhouse tomatoes. If there is a weak flowering, then, most likely, it is a matter of insufficient pollination. You can pollinate tomatoes yourself. For this you need:

After the procedure, it is necessary to spray the air so that the pollen settles on the flowers. 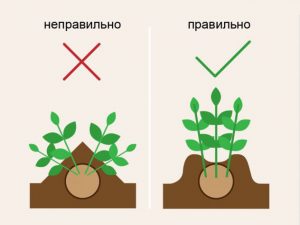 In order for the plant to develop well and rapidly bear fruit, it needs strong roots, which can be increased with the help of a simple agrotechnical technique - hilling. Dumping the base of the stem with wet soil stimulates the formation of lateral shoots, the roots, which further help to nourish the plant. It comes in growth, abundantly blooms and bears fruit. During the season, the procedure must be done twice: 2 weeks after the disembarkation of the seedlings and another 14-18 days later.

Proper formation of the bush

Tomatoes usually branching hard. From the buds located in the axils of the leaves are formed multiple stepchildren. If they are not removed, many similar shoots will appear with floral tassels that will restrain the appearance and ripening of the fruit. Masking, that is, the removal of stepsons, accelerates the ripening of fruits and increases the yield as a whole, since the plant, not having secondary shoots, gives all its strength to the formation of tomatoes and their pouring. In addition to the stepsons from the bush it is necessary to pick off all the lower, as well as the old yellowed leaves.

If the seedlings are ill with any infection, then the harvest can not wait. Therefore, the bushes must be protected from the appearance of ailments with the help of biological products. Seedlings treated with fungicides immediately after landing in the ground. Typically, Epin, Ridomil, Gaupsin, Phytofluorine, and others are used. Spraying drugs will improve the immunity of plants - they can withstand the onslaught of infection and give a fruitful harvest in the end.

The impact of sucking, gnawing and other types of insects lowers the quantity and quality of fruits. The fewer pests in the garden, the healthier and stronger the bushes of tomatoes grow, they build up a powerful root system, knit well, produce large, juicy and beautiful fruits. Since neither greenhouse nor tomatoes living in an open area are protected from pests, it is necessary to systematically use insecticides that can cope with all living things. The best effective drugs include drugs Aktellik, Karate, Fitoverm, Konfidor. They process bushes both for prophylaxis and for detection of pest larvae.

To increase the number of fruits, you can resort to the cunning method - remove from the bush the fruits that are still in the stage of milky ripeness. Immature tomatoes can safely "walk" on the windowsill. And at this time a new fruit will be formed on the vacated place, and the plant will give its strength to its growth.

If you want to speed up the ripening process, then the gardeners are advised to turn the tomatoes on different sides towards the sun - so they will turn brown faster.

To tie up or not? 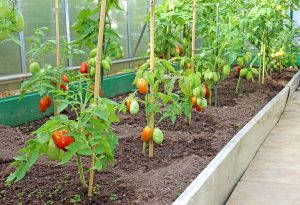 In the greenhouse, tall varieties of tomatoes are recommended to be tied up, otherwise excessive moisture and shade of the soil can cause the development of the disease. But in the open ground, the giant varieties are permissible to grow, allowing the bush to freely move along the ground. Stems will form additional roots, therefore, the yield will increase. But when the fruits ripen, they should not be allowed to touch the ground, otherwise they will catch the infection. This method is suitable for large areas.

Tomatoes are demanding irrigation conditions. They grow well where it is warm and dry, but the ground should be semi-moist. Frequent, but moderate watering is perceived by plants better than rare, but abundant. Having constant access to water, tomatoes grow evenly, they are not stressed because of thirst. But if you rarely water them, plant growth will be irregular, which leads to lower yields.

The mode of irrigation of tomatoes in the open field is reduced to the following rules: the first week after planting, the seedlings are not watered so that the weakened roots can safely take root in the new soil. Then the beds are watered 3 times a week, spending 2-3 liters per bush.

Watering of greenhouse plants is carried out less frequently, since the moisture in the greenhouse remains in the soil longer. To irrigate tomatoes costs 1-2 times a week as the top layer of the soil dries. In order not to create excessive humidity in the room, it is recommended to mulch the earth.

During flowering and fruit formation, the amount of watering increases, because during this period the roots require a lot of water. During the period of ripening of the crop, watering is reduced to the maximum.

Water only tomatoes with warm water, in the early morning or closer to the night. 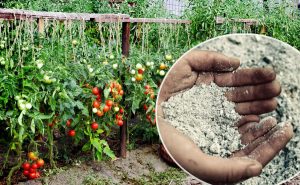 The more fertile the soil, the richer the crop - it is an axiom. But the soil needs to be fed with the correct fertilizers. Organic matter, in particular manure and chicken litterIt is not recommended to use, because tomatoes do not like such aggressive chemical compounds.They prefer mineralized dressings, from which they develop much better and faster. In the period of fruiting not be superfluous will be feeding bushes ash, yeast, whey, herbal infusions.

In addition, tomatoes are responsive to feeding from their own tops. After harvesting, they harvest all the healthy tops, chop it and put it in the soil during the autumn digging. Next summer, young seedlings are planted on a fertilized plot.

Tomatoes grow well on soil with a neutral pH. If soil acidification is observed on your site, then when digging it is necessary to add lime - it will “quench” the acid.

“It’s not difficult to always have a lot of tasty tomatoes,” say experienced growers. This culture favors systematic care. Everything should be in moderation and in time - that's when a tomato grows a lot. And in the cultivation of a bountiful harvest tomatoes should follow these recommendations: 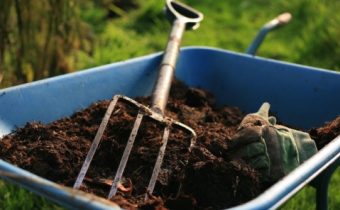 Korovyakovy infusion: the secret of a good harvest of tomatoes 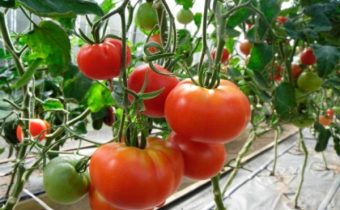 Tomato "Nastena f1": unpretentious and fruitful
Previous post
Yeast with sugar as a top dressing for tomatoes
Next post
What is the best way to garter a tomato?