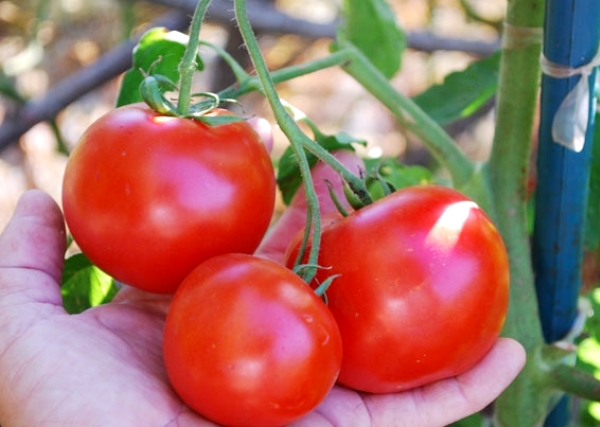 In any case, it is better to examine in greater detail one or another variety, possible problems, in order to eliminate all risks. For this we are writing our articles for you, today we will get acquainted with the variety of tomatoes “Little Red Riding Hood”, because the reviews about it are quite worthy. And as you understand, these tomatoes are early, but these are not all advantages. 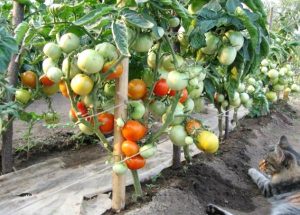 This is our native name for a variety, but it was not our breeders who brought it, but German ones. This is a very versatile variety, because it can grow in a greenhouse, and in a simple film greenhouse, and on the street. In a temperate climate, the indicators give good, in the northern regions it will also bear fruit, but it is better to plant a tomato in closed ground.

We have already said that this tomato has many advantages, including unpretentiousness, since you don’t have to take a number of agricultural techniques with it, it’s delicious, and it can even grow on the balcony or in flowerpots, which can be an additional decoration for the site. Let's talk now in more detail about the tomato, also discuss the cultivation a little later.

Reviews of summer residents say that “Little Red Riding Hood” has some advantages, and there are no minuses for a tomato. If you are interested, read further about the cultivation of tomato.

See also: How to feed tomatoes in the period of flowering and fruit set?

It is best to plant the seeds that were collected two years ago. To better ascend and have good immunity, you can soak them before planting. You can apply the folk method using aloe juice, manganese solution, hydrogen peroxide, buy drugs in the store. There are a lot of them now. After soaking, the seeds are washed and dried. Crops start from mid-March to April.

They plant a variety in the soil from a mixture of humus and soil from the plot, and also put superphosphate and ash, or sow in the soil from the store, and you can put it in peat tablets. Crops are watered, covered with foil and seedlings are waiting for a week. When 3-4 leaflets appear on the seedlings, they are carefully arranged in separate cups. After that, watered as drying, turn to the sun.

Take the tank for picking from peat or from compressed paper, such cups you immediately put in the ground further. The temperature is when the seedlings sprouted, it is better to reduce the week to 17 degrees, so the seedlings will receive additional immunity.

A week before transfer to a permanent place, which will be at the beginning of June or in greenhouses in May, the seedlings are quenched in air. The wells are dug up by 4 per square meter, and a spoonful of mineral fertilizer is being poured into them. Saplings are planted, they do not set up supports, they are watered every time the earth has dried. The soil after watering is loosened from stagnation and weeds. During the season, fertilizer is applied 3-4 times - the first time it is better to feed, where there is more nitrogen, so that the bushes will increase the green mass faster, then it is better to take fertilizers with a lower content. You can water the bushes every 14-21 days with chicken droppings or manure solution.

To prevent disease, sometimes spray the bushes with a weak solution of manganese. Just do it either early in the morning or in the evening so that the bushes do not get burned in the sun.

This is the sort of “Little Red Riding Hood” that you can grow in your country house and eat tasty fruits earlier than others. 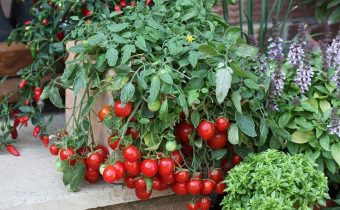 Large crop of tomatoes at home 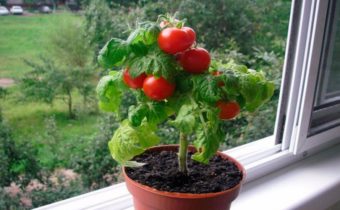 Dwarf varieties of tomatoes that do not require staking 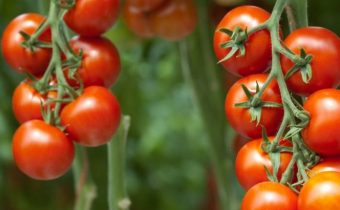 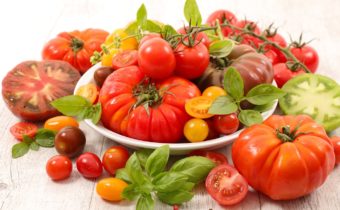