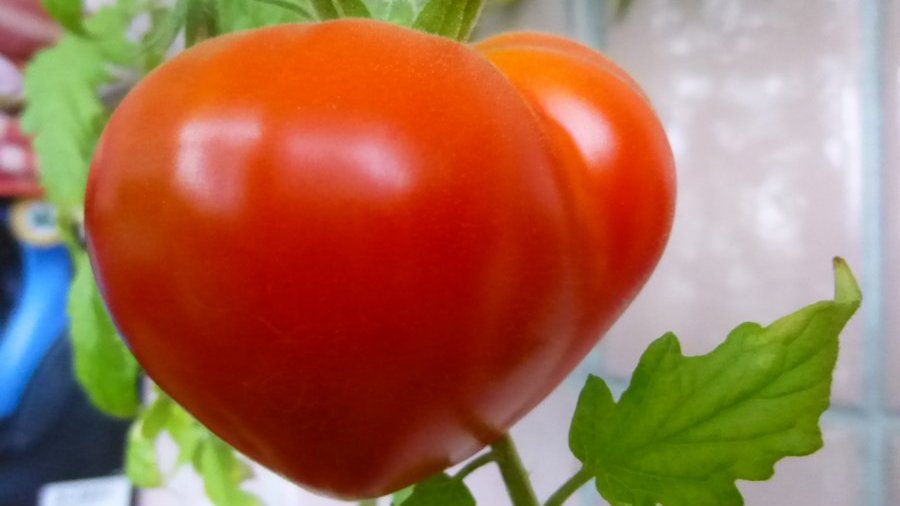 Tomato "Budenovka": Characteristics and description of the variety 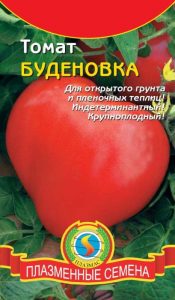 Tomatoes "Budenovka" have many fans. And all thanks to its excellent varietal characteristics:

It is also worth noting that this type of tomato was bred a long time ago, but from year to year, even under the pressure of new crop varieties, it does not give up its positions. Summer residents do not change the tomato "Budenovka". Reviews of those who grew it are extremely positive. No wonder, this species has not been forgotten and has been actively cultivated for more than one year throughout the entire territory of our country.

See also:Vertex rot of tomatoes in the greenhouse and their treatment

How to grow tomato "Budenovka"? 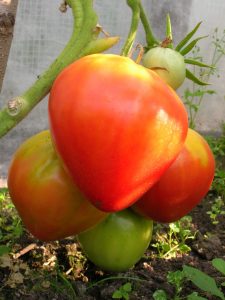 Agrotechnology here will not be difficult. Planting seedlings need to be made approximately in the first or second decade of March, according to the dates of the sowing calendar. Tomato seeds "Budenovka", like any other tomatoes, of course, you need to check for germination. This can be done simply by visual inspection. Seeds should be even, proportional, like twin brothers similar to each other. All those seeds that are different and look like something strange, it is better to remove.

But it is easier to make a selection with the help of water, the effectiveness of this approach is guaranteed. Water is poured into a glass and the seeds are placed, after which after some time the bad seeds will float. Before planting for a couple of days, the seeds are soaked in a solution of potassium permanganate, and then in some nutritional composition. The first disinfects them, the second - will increase germination.

Crops will be realized under the film in the nutrient soil: garden soil, fertilizer, sand, or in the purchase soil. Before sowing it is better to spill boiling water. Deepening seed does not cost more than 1 cm. The optimal planting depth is 0.5 cm. After the seeds are sprinkled and moistened from the sprayer. When the shoots have appeared, the shelter is removed, now they are constantly monitoring the humidity and the lighting. If the sun is low, then you have to put the lamp, otherwise the seedlings will be frail and elongated.

If the soil was fertilized during planting, then you can do without feedings until the moment of transfer to a permanent place. But you can feed the saplings so that they grow more actively and be strong.

That's all that concerns the cultivation of seedlings varieties. Further, the information will be more important, as the tomato is tall, it needs to be shaped and tied.

See also:Varieties of tomatoes of Siberian selection with photos and descriptions

Carrying tomatoes to a permanent place and care

Tomatoes are sent to the greenhouse in 60-65 days from the time of sowing. Since the variety is high and powerful, it is not recommended to plant more than three bushes on one square meter. Before planting, be sure to take care of the trellis or wire, which is attached to the crossbar on the ceiling. On them the stalk will creep up. It is possible to use the simplest synthetic rope for the garter.

Before you transfer the seedlings in the greenhouse or on the street, the ground must be shed from the disease. The very same greenhouse handle from the walls to the ceiling. Then, while planting in the wells, pour in mineral fertilizer or humus. For the season, it will take 3-4 more times to feed the tomatoes. It is necessary to transfer seedlings at that moment when the frosts have already passed.

So that the plants do not overgrow and are not heavily thickened, which affects the rate of maturation and can be a provoking factor for the development of diseases, they need to be cut off. How to form a tomato "Budenovka"? This is done as follows.

See also:Tomatoes on the balcony. Growing step by step

To tomatoes were juicy, during the formation of the fruit, need constant, abundant watering. So that the moisture does not accumulate, the greenhouses need to be aired and the soil loosened. 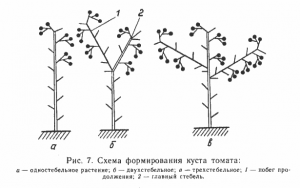 To increase the yield and weight of the fruit, combine root and foliar feeding, alternating organic and mineral preparations. During the formation of tomatoes, it is better to use natural fertilizer, so as not to harm health. Experienced gardeners who have grown a variety for a long time say that it responds well to Aelita fertilizer.

Seedling will begin to bloom after the appearance of 7-9 true leaves. The fruits will continue to form evenly and together.

The reviews are always excellent, the photo of who planted such a tomato can be seen in our article. As you can see, the fruits and truth resemble the shape of a heart, a crimson color.

"Budenovka" became a favorite in the gardens of many gardeners. Perhaps, after landing him for the first time in the new season, you will also become a fan of him. 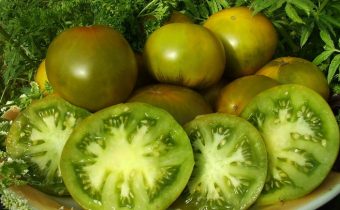 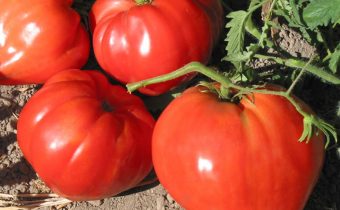 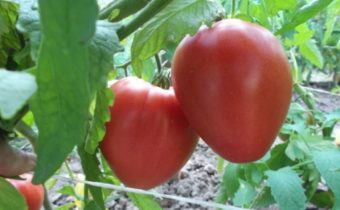 The best heart-shaped varieties of tomatoes 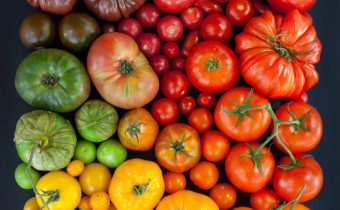 Varieties of tomatoes for the greenhouse, resistant to phytophthora
Previous post
Tomato "Intuition" characteristic and description of the variety
Next post
Growing a tomato according to the method of IM Maslova