Indoor violet is a popular name. In botanical guides, the flower is known as Saintpaulia and it is not representative of the Violet family. Where this popular indoor plant came from, why it is called Violet and where its homeland is, is known not to everyone, even very experienced gardeners.

Saintpaulia, or Uzambara violet, is a herbaceous plant belonging to the Gesneriaceae family. The flower is a stunted evergreen perennial.

Saintpaulia is characterized by a low stem with a lush rosette of leaves in the basal zone. The sheet plates are leathery and have an edge. They resemble hearts in shape. Often the shape of the sheet is unequal. The tip of the plate may be pointed or round.

The color of the leaves can be represented by juicy shades of green or consist of 2 colors. According to the color of the leaf plates, the violet is differentiated by gender. The male base of the sheet is clean, the female - with a bright spot.

The decorative value of the plant lies in its flowers. The basket consists of 5 petals and 2 stamens. It is located on a five-leaf cup. Flowers are harvested by racemose inflorescences. Depending on the species, they can have a simple or terry shape, asymmetrical petals, various edges. The color of the petals can be monophonic or combine several colors. Color shades are varied. The diameter of the flower ranges from 2 to 4 cm. 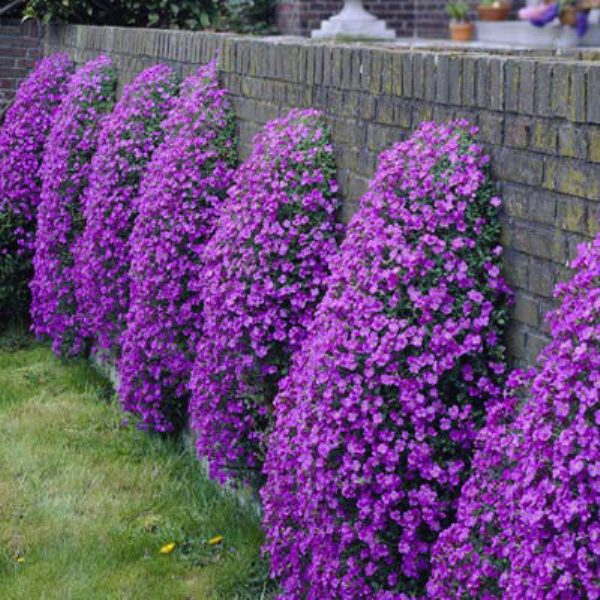 You may be interested in:
Aubrieta: growing from seeds at home
Aubrieta is a flower that must certainly decorate your garden plot or house. He is an amazing flower growing ...Read more…

Homeland, history and description of the types of violets

The birthplace of the flower is East Africa, more precisely, its mountainous terrain. Most species are common in Tanzania. Especially a lot of violets grows in the Usambara mountains. Some plant species are found in Kenya, which also applies to countries in East Africa.

The flower was discovered in the XIX century by the German baron Saint-Paul. The discovery took place in the Uzambara district, which at that time was considered a colony of Germany. Today, this territory belongs to the state of Tanzania.

During the walk, the baron drew attention to an unknown flowering plant. The father of the discoverer was a famous dendrologist. He, in turn, transferred the seeds received from his son to the botanist Wendland. In 1893, a botanist described a plant grown from African seeds. He named the flower Saintpaulia Violet-flowered.

The first word is a derivative of the surname of the discoverer, Baron Saint-Paul. The second word in the name of the flower received for its striking resemblance to the representatives of the genus Violet family of Violet. The plant was isolated in a separate genus of clear-flowered dicotyledonous plants and was included in the Gesnerieva family.

In the same year, the plant was presented at the international flower exhibition in Ghent. The right to cultivate on an industrial scale was immediately bought by the famous German company Benari.

After 30 years, the Senpolis conquered the United States as indoor flowers. At the turn of the XIX and XX centuries, more than 100 varieties of this culture were known. To date, this figure is over 32,000.

Due to the huge number of hybrids, classification of Saintpaulia is very difficult. Most gardeners use the American version of the classification. This model is an ordered classification system consisting of the following items:

According to the size of the leaf rosette, the following types of senpolia are distinguished:

Classification by type of leaves is carried out according to the following parameters:

How to choose the right flower seeds

My lushly blooming flowerbed in autumn: no asters, gladioli and marigolds

10 beautiful annuals that bloom all summer

According to the color of the leaves, violets are divided into plain and variegated species. The color of the sheet plates can have the following shades:

Classification by type of flower provides for the determination of the species according to the following parameters:

There are such forms of flower of Saintpoly:

According to the degree of terry, these types are distinguished:

The edges of the petals of Saintpoly flowers are as follows:

Most often, flowers of this genus are differentiated by the color of the petals. According to this classification, the senpolis are divided into the following types:

The color scheme of color has special designations:

This classification system does not cover ampelous species. They are placed in a separate category. Ampelic indoor violets are distinguished by a long stem, which can reach half a meter. Unlike other senpolia species, the stems of ampelous varieties contain many growth points and are prone to branching. 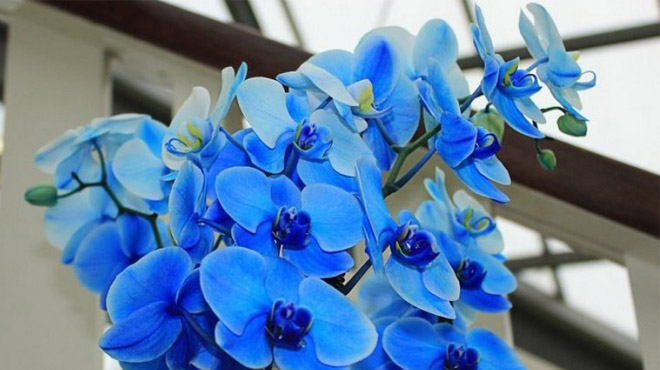 You may be interested in:
Does orchid blue happen in nature? How to care for an orchid
Orchids are perhaps the most attractive plants in the world, they are popular among flower lovers in every ...Read more…

In nature, there are only 3 types of this culture:

All other thousands of hybrids are the result of selection works.

Interesting!
Surprisingly, the fact that all natural plant species have a monochromatic color in shades of blue.

Under natural conditions, the flower grows in the highlands of Africa. To create violet conditions as close to natural as possible, the following recommendations should be made:

Why do baby leaves turn yellow?
Yellowing leaves on the edge of the children indicate inappropriate soil and lack of nutrition. It is necessary to change the soil and introduce complementary foods with mineral fertilizers 2 times a month.
Leaves curled up and covered in fluff - what is it?
Twisted and excessively pubescent leaves are a sure sign of mite damage. Such a flower requires insecticide treatment.
Why do the edges of violet leaves dry?
Drying of the leaf plate may be a symptom of Fusarium. The disease is very insidious and in a short time can dry the flower completely. For the fight using fungicides.
How to remove fools from violets?
To begin with, you should thoroughly dry the soil. Then it is treated with an insecticide. After the podura leave, it is necessary to transplant the plant, since insect larvae can remain in the soil.

Indoor violet is very popular among gardeners. The plant was discovered in East Africa, and thanks to the active work of breeders today, this culture boasts the broadest species diversity, covering a huge palette of shades of many colors. 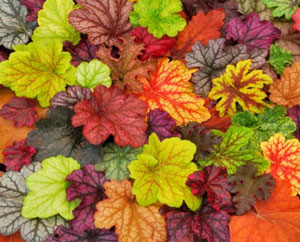 You may be interested in:
Growing heicher from seeds at home
Geicher is one of the representatives of Saxifrages. The plant is perennial. Originally a grassy plant from the North ...Read more…

Sow in the ground, without seedlings: 10 beautiful and unpretentious flowers

Hosta - planting and care in the open ground in the Urals

Oleander - care and growing at home
Ask a QuestionAsk a question, our specialist will answer you
Headings
Top articles
Interesting
Close